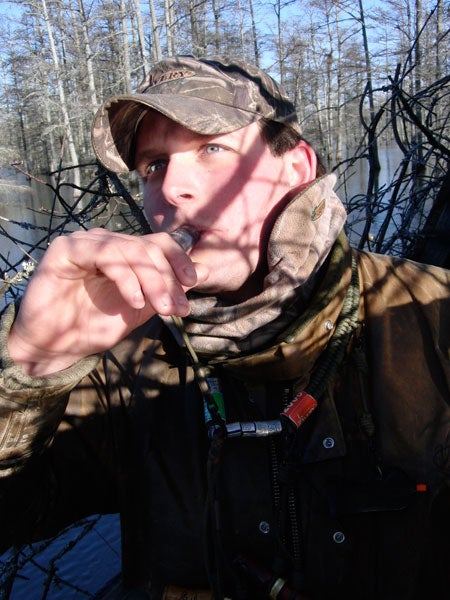 Lamar, an Avery Outdoors pro staffer, knows a thing or two about calling to the unpredictable gadwalls that make up about 70 percent of their annual bag. On this morning, however, it wouldn't have mattered if he'd left his call lanyard at home. Not for a lack of ducks, though. On this morning I saw the real Beaver Dam. Flock after flock of ducks descended into our spread. They had finally arrived.
SHARE

The northwestern Mississippi waterfowling Mecca known as Beaver Dam, a cypress-studded oxbow lake cut loose by the Mississippi River more than a couple years ago, originally achieved fame in the writings of legendary outdoors scribe Nash Buckingham. In the early part of the 20th Century, on Friday afternoons during duck season, “De Shootinest Gent’man” and his cohorts would take the train from Memphis to the town of Tunica, Mississippi, and spend the weekends hunting what seemed to be an endless stream of ducks.