After a week-long manhunt, investigators discover the wanted man’s body near the site of the murders 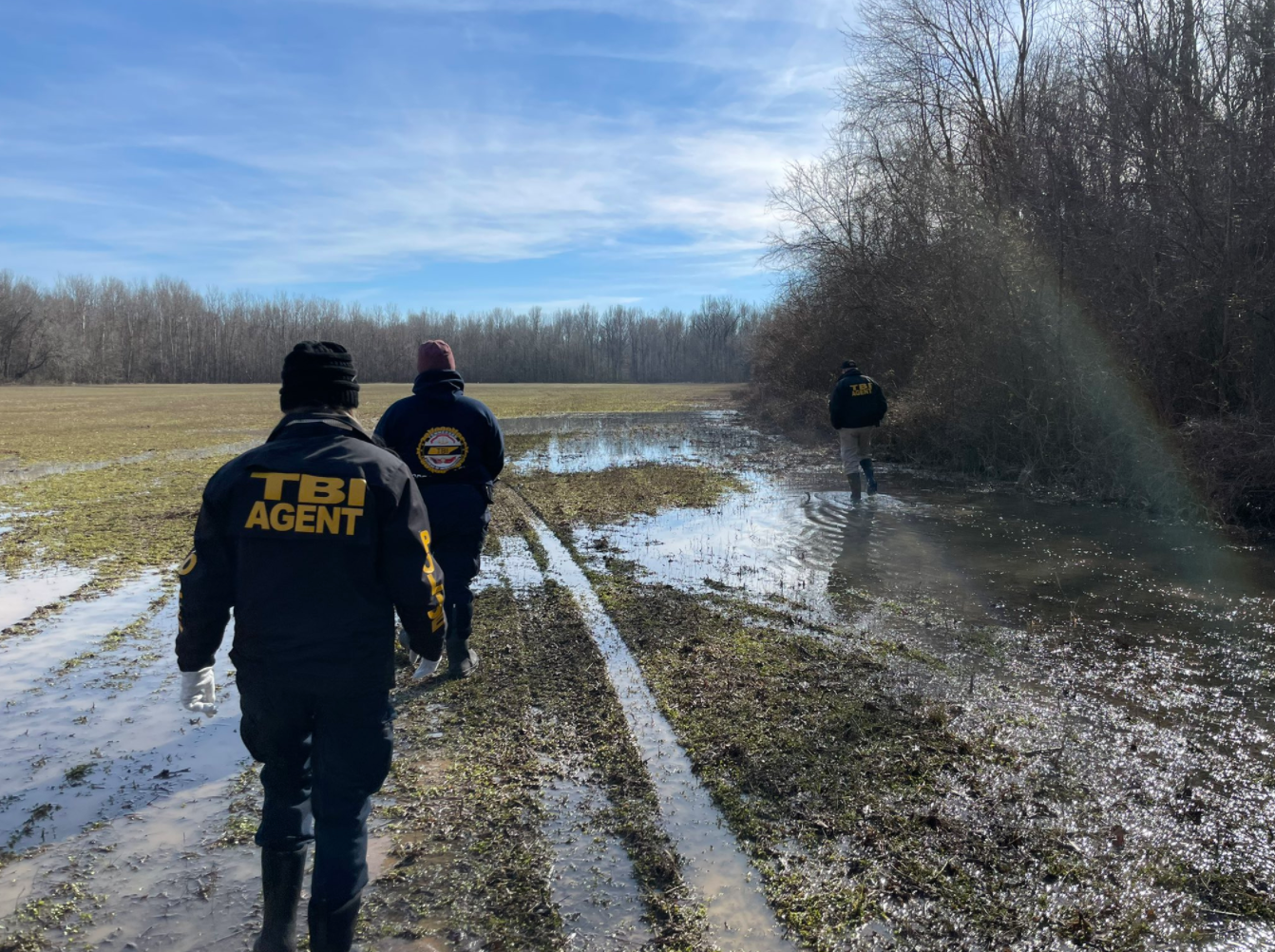 Authorities searched by land, lake, and air for David Vowell, the Martin man wanted on two counts of murder. Tennessee Bureau of Investigation, via Twitter
SHARE

Yesterday afternoon investigators recovered the body of David Vowell, the 70-year-old Tennessee man wanted in connection with the death of two duck hunters on Reelfoot Lake. Authorities found Vowell in the water “near the area of the incident.”

The discovery comes nearly a week after the manhunt began for Vowell, who was suspected of committing a double-homicide in the deaths of hunters Chance Black and Zackery Grooms, which occurred Monday morning on the north end of Reelfoot Lake, a historic waterfowling area. High water and adverse conditions forced authorities to suspend their search on Wednesday, but they resumed the search by land, water, and air Friday. The Tennessee Bureau of Investigation has confirmed that an autopsy will be performed, but did not provide details as to the cause of death.

District Attorney General Tommy Thomas has relayed to news outlets the account of one reported witness, Jeff Crabtree, who said he went to hunt with Black and Grooms around 6 a.m. on Monday. Thomas spoke with Thunderbolt News in a radio interview Wednesday, relaying Crabtree’s account:

“Around 9 o’clock in the morning up comes the suspect, Mr. Vowell, in the boat and asks if he can hunt out of the blind. I think they were in the process of leaving. According to the witness Mr. Vowell loaded his shotgun while still in his boat, he ended up shooting the two victims. Crabtree knocked Vowell in the head and threw his gun in the water, took off to the shore to take the two injured people, men, to try to get them help. They didn’t last very long unfortunately. But it’s bizarre. I’ve never seen anything quite like this. Routinely we have a homicide, then there’s a motive. Here, we don’t have one.”

Vowell was a retired owner of Vowell & Sons, a family lumber business in Martin, and has no adult arrest or criminal record in the state of Tennessee.

WREG Memphis reports that Vowell’s cousin, Steve Vowell, said David Vowell was, “one of the most mild-mannered folks you’ll ever meet,” and that “the only time David Vowell would point his gun at another human being is in self-defense.”

Black, 26, and Grooms, 25, both of Weakley County, grew up together and attended the same high school in Greenfield. Black is the son of Mark Black, chief deputy of the Weakley County Sheriff’s Department, and was a full-time manager in the gun department at Final Flight Outfitters in Union City. The retailer, owned by champion goose caller Kelley Powers and his family, posted a statement about Black’s death on Facebook.

“We lost a member of our team today, Chance Black,” part of the statement reads. “He was shot and killed, along with his friend, while duck hunting on Reelfoot Lake. Chance was a full-time manager in our gun department, and what an honor it has been for us to have him on our team. We ask for prayers for Chance’s family, friends, and all others involved as we navigate the impact of their deaths.”