After Two Duck Hunters Were Killed on Reelfoot Lake, Investigators Are Searching for David Vowell, the 70-Year-Old Suspect Considered ‘Armed and Dangerous’ 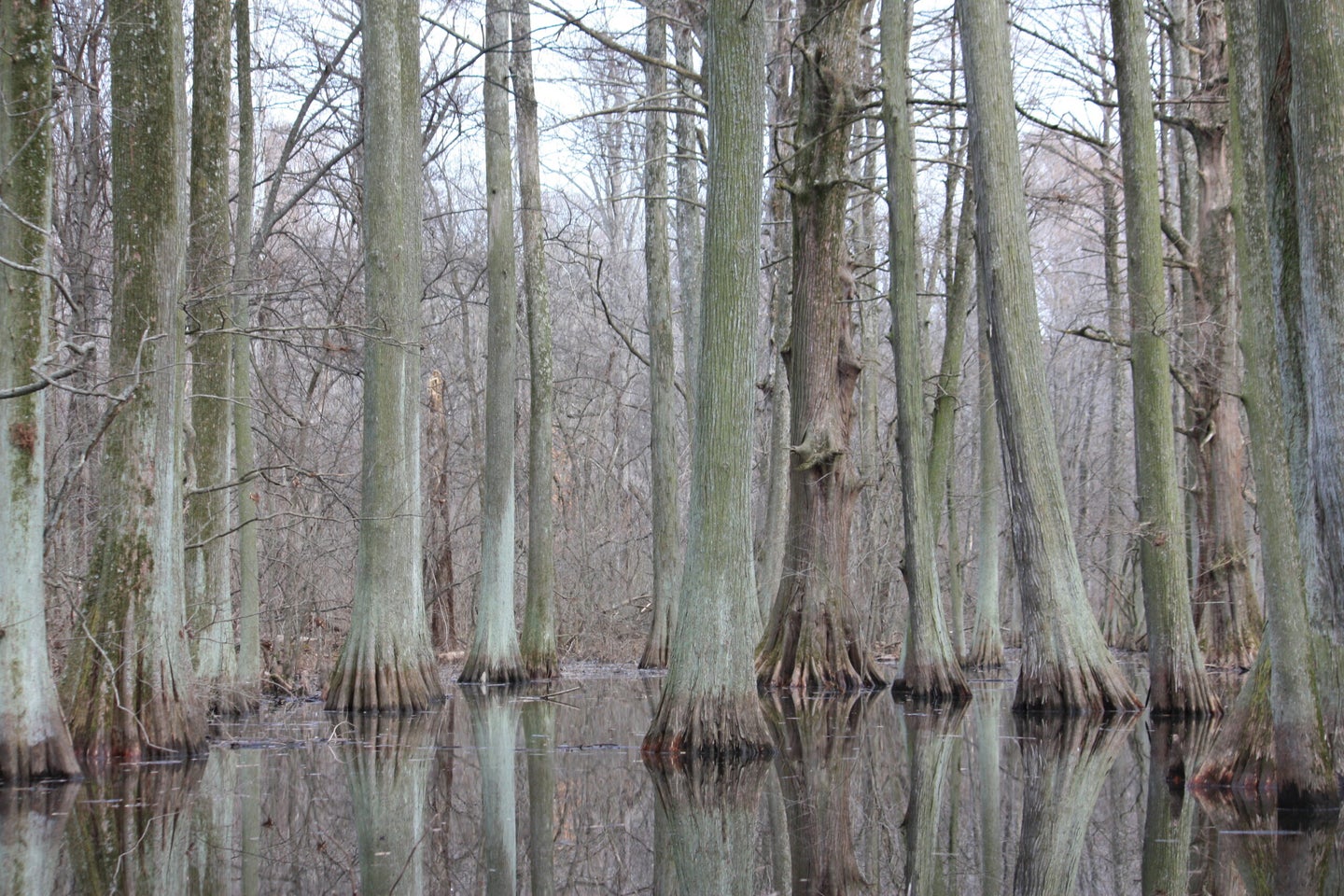 Reelfoot Lake, in the northwest corner of Tennessee, is a National Wildlife Refuge and state park known for its cypress swamps and duck hunting. USFWS
SHARE

After two men died on Reelfoot Lake in northwest Tennessee on Monday, the Tennessee Bureau of Investigation has issued warrants for the arrest of David Vowell, 70, of Martin, on two counts of first-degree murder. Chance Black, 26, and Zachery Grooms, 25, were killed at Reelfoot, a historic waterfowl hunting area in Obion County. Tennessee Wildlife, the Tennessee Highway Patrol in Jackson and Memphis, Obion County Sheriff’s Office, as well as the U.S. Marshalls Service are all assisting TBI in apprehending Vowell.

TBI says Vowell, whose truck and boat have been located, should be considered armed and dangerous, and urges anyone who sees him or knows of his whereabouts to call TBI at 1-800-TBI-FIND or email tipsToTBI@tn.gov. The agency is also asking anyone who was on the north end of Reelfoot on Monday, who might have seen or heard something that could aid its investigation, to contact the hotline. Vowell has no adult arrest record in the state of Tennessee, according to a document released by TBI Tuesday afternoon.

TBI declined to comment on whether the three men were hunting at the time of the incident, or that Black and Grooms were fatally shot. Several news outlets, however, are reporting that the two men were shot and killed. A friend of Black and Grooms did confirm the two men were known to hunt Reelfoot together. Black and Grooms, both of Weakley County, grew up together and attended the same high school in Greenfield. Black is the son of Mark Black, chief deputy of the Weakley County Sheriff’s Department, and was a full-time manager in the gun department at Final Flight Outfitters in Union City. The retailer, owned by champion goose caller Kelley Powers and his family, posted a statement about Black’s death on Facebook.

“We lost a member of our team today, Chance Black,” part of the statement reads. “He was shot and killed, along with his friend, while duck hunting on Reelfoot Lake. Chance was a full-time manager in our gun department, and what an honor it has been for us to have him on our team. We ask for prayers for Chance’s family, friends, and all others involved as we navigate the impact of their deaths.”

The flooded bald cypress of Reelfoot is a historic stopover for waterfowl. The lake was formed in 1811 and 1812 after the New Madrid earthquakes caused the Mississippi River to overflow its banks, creating the 23-square mile lake that spans Obion and Lake counties.

Massive wooden duck blinds are built around the lake, and each fall they’re surrounded by hundreds of floating decoys and painted plastic soda bottles. It’s not uncommon for these blinds to be equipped with amenities like a full kitchen and satellite TV. The blinds used to be solely private, but the land they’re built on now includes public ground, since parts of Reelfoot Lake are both a state park and a National Wildlife Refuge. That means historic families who have hunted Reelfoot for decades are now hunting alongside newer waterfowlers who now have public access. That dynamic has led to tensions between the old guard and hunters who rely on public blinds.

This story is developing.