West Virginia Division of Natural Resources and The Conservation Fund recently announced the conservation of 32,000 acres of reclaimed mines... 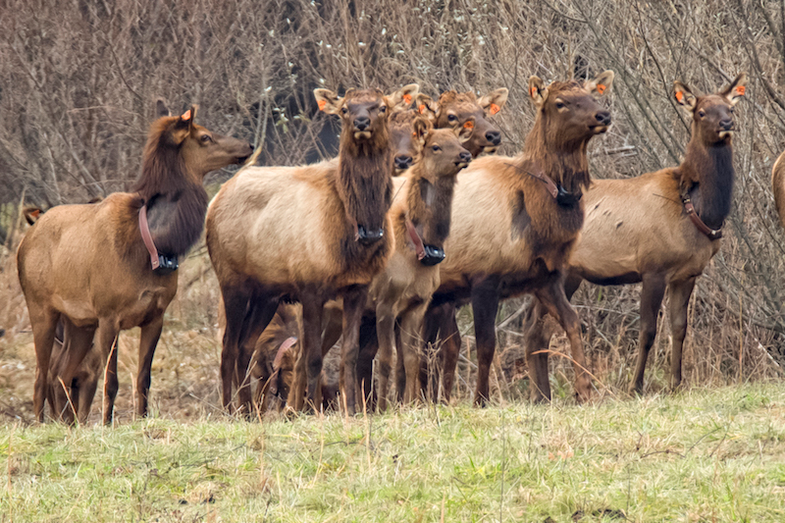 West Virginia Division of Natural Resources and The Conservation Fund recently announced the conservation of 32,000 acres of reclaimed mines and timber land in the Mountain State, to provide habitat for wildlife including elk, and the people who enjoy them.

The effort results in one of the largest blocks of protected wildlife habitat in West Virginia, according to the Conservation Fund.

The conserved land is in the southern West Virginia, in the state’s elk management zone in Logan, Lincoln and Mingo counties. The area is scheduled to receive 80 elk from Arizona to restore the species there. Elk were native to West Virginia during pre-colonial times, but were wiped out by the 20th Century by unchecked market hunting and habitat loss. Sportsmen and groups like the Rocky Mountain Elk Foundation have worked to restore elk to many places both east and west of the Mississippi in more recent decades.

Some of the money that went to conserve that land comes from the federal Pittman-Robertson Wildlife Restoration Fund. That fund takes an excise tax paid on guns and ammunition and invests it in habitat and wildlife restoration, providing crucial conservation funding since 1937.  “These working forest lands have been enrolled in the DNR’s wildlife management area system, where they will be managed to generate high quality wildlife habitat and provide tremendous hunting and wildlife viewing opportunities,” said Gov. Jim Justice, in a news release from the Conservation Fund. Learn more here.

Sportsmen who are concerned about the future of their cherished heritage could see two starkly different views of the role of public land on the internet this week.

The National Deer Alliance create this one-minute video explaining the importance of public lands for deer and hunting in general. They note that lost access to quality habitat is the No. 1 reason hunters give up the sport – and that national forests and other public lands offer access for millions of hunters and habitat for deer and a host of other fish and wildlife species.

Hanke, a former advisor to President Reagan, has long argued that public lands like national forests should be transferred to private hands. “The federal government’s commercial timber and grazing land should be privatized,” wrote. Currently, those lands are managed with a “multiple use” mandate. He argues this would make more money for the government and that decisions about the land would be less “politicized” if those lands were handed over to private industry. Two words you will not find in Forbes essay are “hunting” and “fishing.”

Federal authorities received yet another major setback in their efforts to prosecute Nevada rancher Cliven Bundy and his family members, who were charged with conspiracy after an armed standoff over public lands in 2014.

Bundy raised cattle near Bunkerville, Nevada, and grazed cattle on Bureau of Land Management land without permits or fees. Bundy came to owe more than $1 million in grazing fees, and a federal judge ordered that his cows be taken off public land.

This lead to a standoff between Bundy and authorities, which escalated into a sizable law enforcement presence and a large group of armed Bundy supporters. Cliven Bundy, two sons, and another supporter involved were eventually charged with conspiracy in the standoff.

In federal court in Las Vegas this week, a judge declared a mistrial. She said the federal prosecutors had failed to share evidence, as required, with Bundy’s lawyers and made false statements. Federal prosecutors may opt to file charges again.

Two of Bundy’s sons, Ammon and Ryan, were acquitted in a 2016 case, when armed men took over a national wildlife refuge in Oregon, protesting what they said was federal overreach there. One Bundy supporter was shot dead when FBI agents tried to arrest him in that incident.