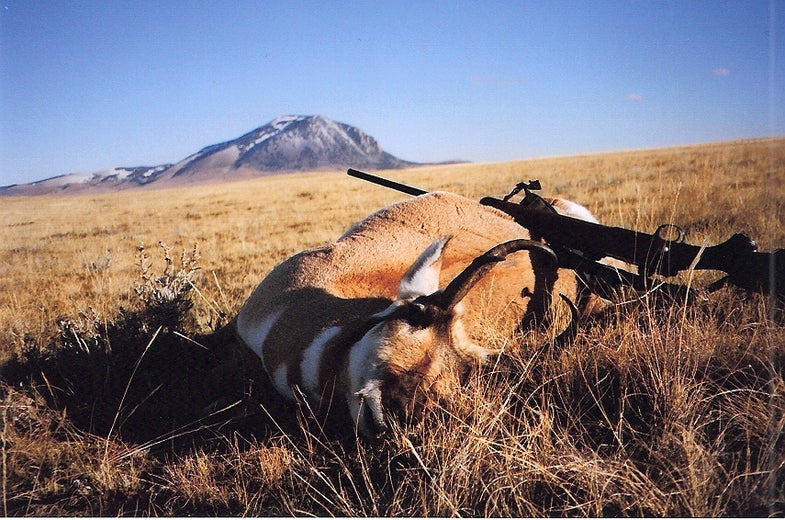 In the predawn gloaming, my hunting partner and I pulled the truck behind a dilapidated one-room schoolhouse on the Montana prairie. As the dawn broke, we began to glass, using the crumbling building as cover.

That abandoned schoolhouse was on a square-mile of “school trust land.” You will find similar squares of school trust land scattered regularly throughout the American West. They are often open to hunting and can give the savvy hunter an edge in areas dominated by private farms and ranches.

But be warned: Access to school trust lands cannot be taken for granted. As events unfolding in Utah demonstrate, outdoorsmen must be on their guard to keep access open.

Here is the history. In the late 1800s, territories across the West were gaining statehood. New states were short on cash for basic services. So the federal government deeded certain lands (two sections per township) for the expressed purpose of supporting schools.

During the homestead era, “support” could literally mean providing ground for a country schoolhouse. But it also meant raising cash: generally by selling timber, renting farm ground, or leasing grazing rights. As the west urbanized, state school trust lands also were developed for commercial purposes, sold off, or traded and consolidated.

Gradually, states realized that there is a market value on hunting access. State land boards began to consider charging for access—or even allowing outfitters to lease state lands to benefit their clients, but not the public at large.

Different states have sought different solutions to this quandary.

In Utah, the Salt Lake City Tribune has reported, policy makers are trying to figure out how to get more revenue off those state lands, on the backs of hunters. According to the Tribune, hunters and anglers have paid $800,000 annually to state coffers to provide access to key parcels, because of formal deal between the state wildlife agency and the state school trust land management agency. That 10-year agreement is coming to an end.

The Utah School and Institutional Trust Lands Administration (SITLA) board wants to increase that rent to $3 million a year by leasing to private outfitters some holdings where big game herds live. Needless to say, this is going down hard with many rank-and-file Utah hunters and the state wildlife agency.

Similar dramas play out across the West. Sportsmen are stuck like sandwich meat between the agencies that promote wildlife and hunting and those agencies following their mandate to raise money for schools. This will likely continue to as the pressure mounts on state tax coffers and the price of access grows more dear.

That morning in Montana, I found a fine young pronghorn buck on that section of school trust land. I do not want it to be the last.