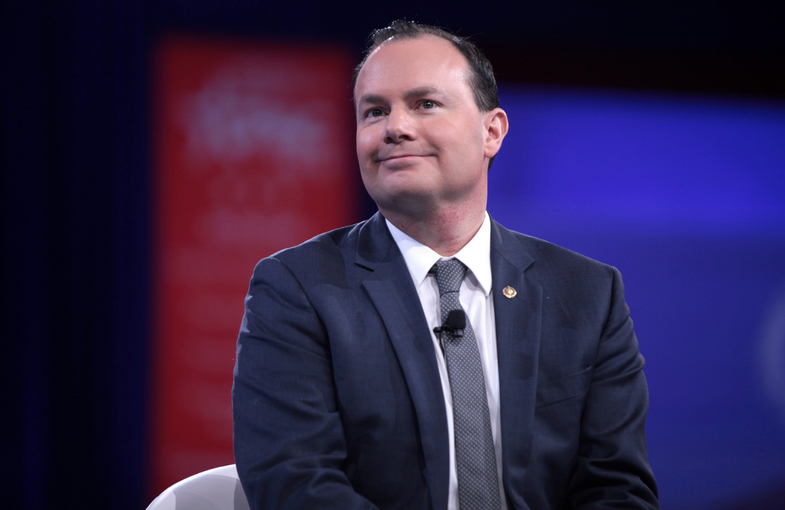 U.S. Senator and reputed short-lister for the Supreme Court Mike Lee has leveled his crosshairs on America’s public lands, pledging in a pointed speech and Twitter posts to a long-term goal of dismantling the system of federally owned land.

“Finally, our long-term goal must be the transfer of federal lands to the states,” the Utah Republican said in a series of Tweets on Saturday.

Lee’s timing is particularly striking given that his name is cited as a potential candidate to replace Justice Anthony Kennedy on the Supreme Court. News outlets in Utah and Washington D.C. have reported that Lee is on President Trump’s short list for that lifetime appointment to the highest court in the land.

Federal lands total about 640 million acres of national forest, national parks and wildlife refuges, as well as lands managed by the Bureau of Land Management. These lands support millions of hunters and anglers every year. Popular big game including elk, mule deer, pronghorn and others depend on these large tracts.

In a speech to the to the Sutherland Institute on Friday Lee barely mentioned Theodore Roosevelt, the hunter-president who set aside public lands for the people to use and enjoy, and Gifford Pinchot, who said the lands should be used for the “greatest good, for the greatest number, for the long term.”

Instead Lee dismisses our national forests as “royal forests,” comparing the Forest Service to the British Royalty. In short, he turned Roosevelt’s conservation legacy on its head.

Lee says Western states would be better off if they were more like Missouri or Illinois, with virtually no public land.

• Most public lands are open for multiple use, including camping, hunting and fishing, with much less red tape and no trespass fees compared to state and private land. These lands can be used by all Americans.

• Western states are in no financial position to take over millions of acres of land and will be forced to sell them to corporations or developers.

• Many of the West’s most vibrant communities – like Bozeman, Montana, Sandpoint, Idaho, Bend, Oregon, and others are thriving in large part because of ready access to public land.

But the most striking thing about Lee’s speech is that he readily admits that his anti-public land vision is too ambitious to achieve in any one piece of legislation.

“This is an enormous task,” he said, “Nothing that can be accomplished overnight… Small reforms here and there are important. But we have to start pushing for what we actually want.”

In other words, America’s public lands legacy is like a tree that is too large to fell in one swing, so he intends to chop and chop until it falls. And if it falls, it will crush America’s hunting and fishing heritage on the way down.