The four shotguns that defined a new era of gun-making 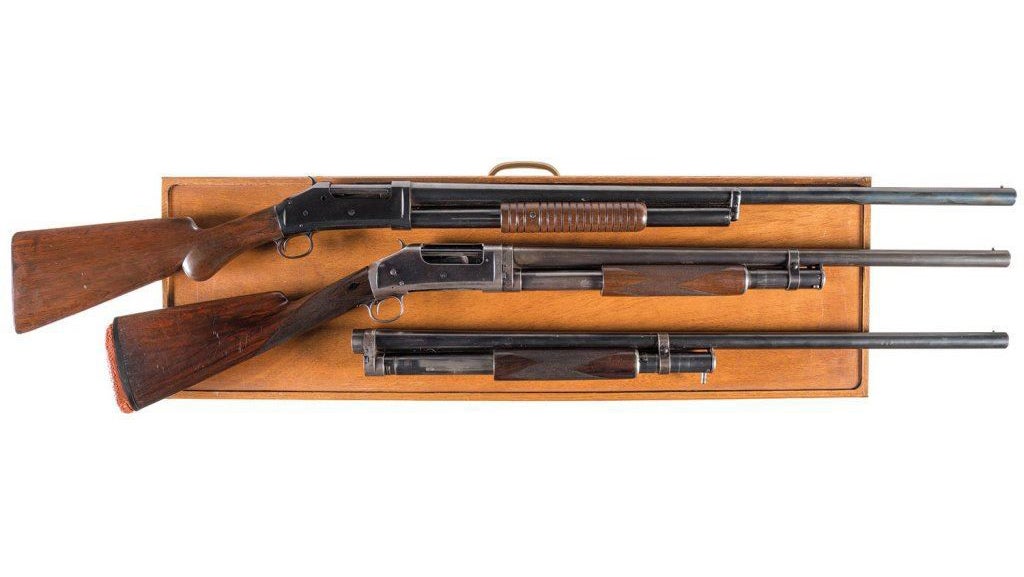 From the farm to the battlefield, 19th-century shotguns put food on the table, kept enemies at bay, and became widely available during a post-Industrial Revolution economy. The Civil War had made the mass production of guns a necessity. Small single-owner and family firms still produced hand-made guns of high quality. But the firearms giants of Winchester, Remington, and Marlin were changing the game and offering affordable production guns to a hungry market.

The growing need was not for more single-shot and double-barreled shotguns, although they still commanded market share. Lever-action rifles were gaining in popularity, and bird hunters clamored for their own repeaters: guns that could shoot more than one or two shells. John Moses Browning obliged them. Here are four shotguns that defined a new era of gun-making.

Winchester was having so much success with rifle sales, it knew a shotgun that could fire multiple rounds would be a winner. Christopher Spencer of Spencer Carbine fame had come up with a repeating shotgun in 1882, but it had a strange action that ejected shells from the top of the receiver and didn’t catch on. Winchester already had a relationship with John Browning through his 1885 single-shot rifle design and tasked him with developing a repeating shotgun. Browning thought a pump-action was the way to go, but Winchester was the “lever-action” company, so the company insisted on that type of shotgun.

Browning went to work and came up with the 1887 lever-action shotgun. It holds five rounds by opening the action and feeding shells into the magazine tube located under the barrel. The gun could be purchased in 12-gauge (2 5/8-inch chamber) or 10-gauge (2 7/8-inch chamber), both of which were only loaded with black powder at the time. Barrel lengths varied from 30 to 32 inches with a much shorter 20-inch barrel offered in 1888. Custom Damascus barrels were available on the 1887. Hollywood brought the 1887 back in “Terminator 2: Judgment Day.” It was the shotgun wielded by Arnold Schwarzenegger throughout much of the movie.

Original models can still be found occasionally, and both Norinco and Chiappa make a modern-day version that can handle today’s shotshells. Around 65,000 1887s were manufactured until 1899. It continued as the Model 1901 until 1920 in 10-gauge only.

Browning’s pump-action design of the 1893 and 1897 were slick, quick, and both guns pointed extremely well. He was a master in ergonomics, and his guns naturally point and shoot straight. The 1893 allowed shooters to load five rounds and shoot as fast as you could drop the exposed hammer on another round. Or you could keep your finger on the trigger and “slam fire” as fast the action could be cycled. That feature was not the safest, but it made the gun a mean defense tool, one the armed forces adopted in the 1897 version for service in World War I and II.

The 1893 and 1897 pumps are very similar. In fact, the only visible differences are a cut-out portion on the receiver top of the 93 and the model designation on the action bar. The real difference lies in the ammo they will handle. The 93 is only safe for black powder. When smokeless powder was taking over in the late 1800s, Browning redesigned the gun to accept the new, higher-pressured shells. Winchester traded out most of the 1893 stock for 97s and destroyed the older guns. Because of that, finding a 93 is not easy.

The 1897 was very popular with hunters, trap shooters, law enforcement officers, and military personnel. Once you get used to lowering the hammer after loading and cocking the hammer on the first shot, it’s simple and easy to use. Winchester made the guns in multiple configurations in 12- and 16-gauge as take-downs and solid frames. They were kept in production until September 1957, long after the venerable Model 12 had arrived and grabbed the lion’s share of pump shotgun sales.

Model 97s are alive and well today thanks to cowboy-action shooting competitions sanctioned through the Single Action Shooting Society. They only allow two types of shotguns to be used in their competitions, double-barreled models or original Winchester 1897s (or modern clones). Norinco still makes a short-barreled trench gun configuration popular in cowboy-action competition.

Marlin and Winchester were fierce competitors throughout the late 19th century. Both built quality lever-action rifles, but Winchester had gotten the jump on Marlin in the shotgun arena. So, in 1894, Marlin began filing and receiving patents on a new pump shotgun. It wouldn’t be until 1898 that the shotgun, which closely resembled the 1897, came to market.

Read Next: The Best Single-Shot Shotguns of All-Time (and One New Model)

Operation of the two competing shotguns is similar since both are exposed-hammer pumps. But the 97 has a bolt-release button located on the right side of the receiver. The Marlin’s release is beside the hammer. The 97s are a mix of take-down and solid-frame guns. All Marlin 1898 shotguns are take-downs.

The 1898 was available in four models. The “A” guns were standard models, built to take the punishment hunters inflict on their guns. Moving up a notch, “B” models featured checkered walnut stocks and what Marlin called the Special Smokeless Steel barrel. The “C” shotguns added engraving to the receiver and upgraded wood. The “D” models went all out with highly figured Circassian walnut, a Damascus barrel, and gold trigger.

The Marlin pumps never gained sportsmen’s favor the way the 1897 Winchester did, and production ceased in 1905.