5 Pump Shotguns That Could Replace the Remington 870

Over 11 million 870s have rolled off the production line, but with uncertainty surrounding the future of the iconic pump, there are a handful of pumps ready to supplant Remington's flagship shotgun 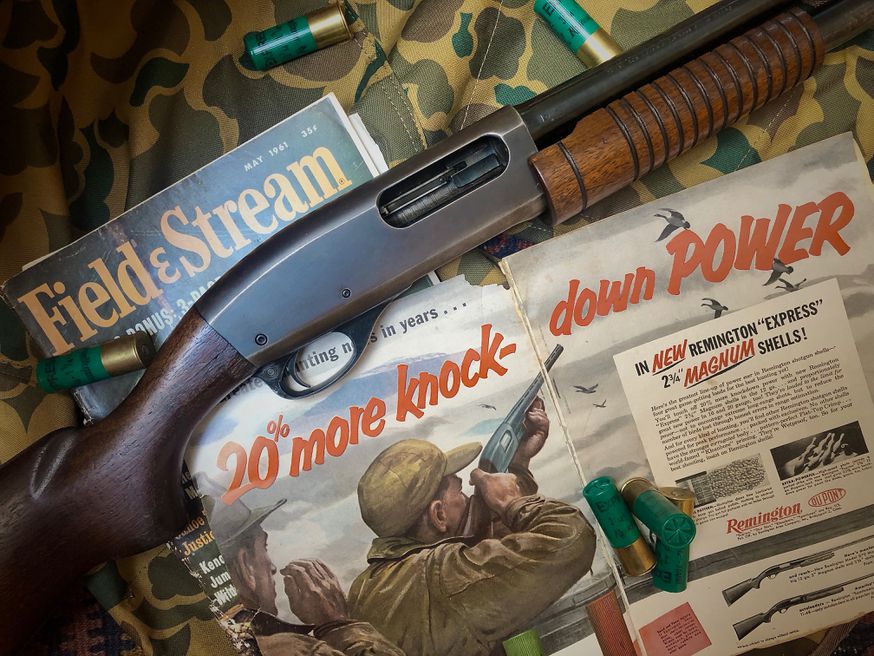 The first Remington 870s rolled off the production line in 1950. Matt Every
SHARE

In 1950 Remington debuted what would become the most popular pump shotgun ever made (11 million 870s have been produced in the last 70 years). You can find them in the mud rooms of duck clubs, on the trap field, in the turkey woods, and they even serve as capable home-defense shotguns (many police forces still utilize them as well). In short, the 870 is one of the most versatile guns a sportsman can own.

Remington has endured some long-standing financial troubles. The more than 200-year-old company entered bankruptcy and was sold off in blocks in 2020. Ruger now owns Marlin, Vista Outdoor has the ammunition, and a little-known entity, the Roundhill Group, bought two factories in New York and Tennessee. It’s rumored Roundhill will start production on 870s again as early as the spring of 2021. Time will only tell if the company is capable of bringing the vaunted pump gun back.

Meantime, the iconic 870 is ripe to be replaced by a modern pump shotgun. The 870 Wingmaster and Express are both still fine pumps, but with Remington in limbo, there’s an opening for another manufacturer to dominate the pump gun market. Here are some of the best pumps that could take the crown from the 870.

The 500 has the best chance to eclipse the 870. It’s been around for a half-century and more than 10 million have been sold. There are multiple configurations of this pump gun that include turkey, waterfowl, upland, deer, and home defense in 20- and 12-gauge, plus .410. Mossberg also smartly designed the 500 Flex series, which allows shooters to switch out recoil pads, stocks, fore-ends, and barrels without any tools. It’s a fabulous system to start a young shooter on because the gun can grow right along with your boy or girl (and the gun’s typically cost under $500). But even if the 500 supplants the 870, Remington will still be king in a roundabout way. The design of the 500 was based off the Remington 31, which was one of Big Green’s most well-built shotguns. It was just too expensive to produce, and thus the 870 was born.

Also based off John Browning’s Remington Model 31 design, the BPS incorporated the bottom-eject port from Browning’s Ithaca 37, which is still being produced today. The BPS is more than 40 years old, and also one of the toughest shotgun’s ever built. My father bought a 3½-inch 12-gauge when I was a kid, and it was the firearm I most shot growing up. It was a 10-pound gun you would never want to carry in the uplands, but a hell of a goose killer and turkey hammer (as long as you didn’t have to tote it around the woods all day long). The 3-inch version is much lighter and less cumbersome. BPSs are also available in 10-, 16-, 20-, and 28-gauge, plus .410. You could buy one for $210 when it debuted in 1977, and I bet you could snag a used model for close to that right now.

It seems every hunter who aspires to own a Super Black Eagle but can’t afford the price tag ends up with a Nova. And for good reason—it is a workhorse. The Nova, which comes in 12- and 20-gauge, is built on a steel frame with a polymer overmold. That makes it lighter than steel and wood pumps, and a favorite of any industrious duck hunter that makes long walks to the blind or public stakes. Also, the stock and receiver are a single unit, so you will never have to duct tape the spot where the receiver joins the stock for a quick fix (I’ve had to do this a few times to get my dad’s BPS through duck season). I really like the short stroke on the Nova as well, and have buddies that can shuck a spent shell and reload a new one faster than I can pull the trigger a second time on my autolaoder. Deer hunters can also buy an 18-inch slug barrel for this gun.

The Super X Pump (SXP) comes in more than 20 configurations, eight different barrel lengths, but only two gauges (12 and 20), though I would venture to guess a .410 is on the way with turkey hunters’ affinity for TSS loads. One of the cool/odd components of this gun is it’s a recoil-assisted pump, which will slide the fore-end back and eject the shell when the gun is fired without any help from the shooter. You do have to slide the fore-end forward to load another shell. Just like the Nova, the SXP has a very short stroke, and don’t be alarmed if it feels stiff or hard to operate when loading the gun; there are no issues running the pump when you fire a shotshell from it. The recoil on this gun is pretty tame too. I’ve shot some turkey loads out of it at the range and it’s manageable. Shoot trap with light target loads, and the recoil on the SXP is similar to a gas-operated shotgun.

TriStar owner Gus Bader is a true gun guy. And he cares about making quality shotguns at reasonable prices. He will often just grab a random gun off the production line and put it through the ringer to make sure it functions properly. And one thing I hear from TriStar owners all the time is the fit on these guns is incredible. I’ve shot a few of their over/unders and the auto-loading .410, and came away with the same opinion. The Cobra III doesn’t have the high-end feel of an 870 Wingmaster, but the wood and steel Field model competes with the quality of an Express. It’s a damn fine/reliable gun built by a company that caters to blue-collar hunters (MSRP is $315). It’s available in 20- and 12-gauge, and there is a Turkey model in addition to the Field.