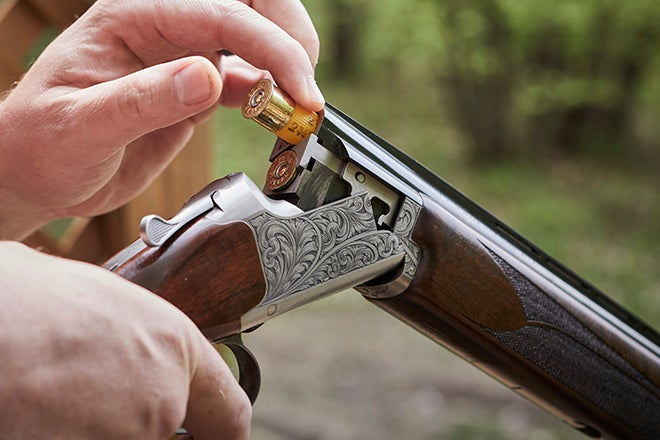 When the Browning Citori first debuted in 1971 it was facing an uphill battle. First, it was replacing one of the most well-made over/unders ever built in John Moses Browning’s B-25 Superposed. Second, the production of the gun was taking place in Japan. And while the country in which a gun is manufactured may not seem problematic these days, back then, a majority of American’s didn’t yet know how advanced Japanese technology was.

“It turns out the Japanese are pretty good at building things,” says long-time gun writer, Ron Spomer. “I’m sure you remember the 1980s when so many Americans where driving around in Japanese cars. They know what they are doing.”

A 20-gauge Citori was one of the first “nice” shotguns Spomer ever owned. Upon purchasing it, he quickly took it to a duck marsh and shot a limit in four or five shots. For years the Citori traveled with him in pursuit of grouse, quail, and pheasants. Spomer loved that 20. He lauded it for the shotgun’s superior fit, which the Browning double guns are well-known for.

Fifty years later, there are now more than 100 different models of Citoris in various gauges from 12 to .410-bore. They are supremely accurate shotguns. In fact, none of the guns leave the Miroku factory in Japan before passing an accuracy test against a computerized pattern board. The guns must shoot within 3 inches vertically of the point of aim and a half-inch horizontally, or they don’t get shipped out.

“When I toured the Miroku factory in Japan 10 years ago, I expected to walk in there and see all these high-tech machines, but honestly a lot of old-fashioned gun making goes on in there,” says Phil Bourjaily, field editor and shotgun writer for Field & Stream. “The guy soldering the barrels together would just point them up at a large window and let the outside light shine through them to make sure they fit properly.”

It didn’t take long for the American shooting public to see that the Citori was a worthy over/under. It was half the price of Browning’s Belgian-made Superposed and had all the durability and aesthetics of a quality-built over/under. One of the hallmarks of this double gun is the strength of its receiver, which is machined from a solid block of steel. The locking bolt engages the full width of the tapered recess in the rear barrel lugs, so you get a stout fit that won’t cause the gun to shoot loose. And unless you are a serious clays shooter or you hunt your ass off every season, I doubt you will ever need any repairs to the Citiori’s box-lock design.

“I think it’s a gun that you get more than what you pay for when you buy it,” Spomer says. “It performs above its price. You get a little better finish and fit with the Citori as opposed to other over/unders in its price range.”

How the Gun Came to Market

By 1966, Belgian labor costs were on the rise and the cost of the Superposed was surging. In the early 1970s the price was $765—too high for many American shotgunners. It was time to build an O/U for less, but Browning (the company) wanted to maintain the same standard John Browning had set since he started building guns in the late 1800s. John Val Browning, grandson of John Browning, had visited the Miroku plant and was impressed.

Miroku started off with the BL-22 rimfire rifle. Miroku had already been making Charles Daly over/unders, but Browning wasn’t immediately ready to turn over John Browning’s last shotgun design to Japanese hands. It was a steep learning curve for the Japanese. Browning sent back every shipment of B-22s for two years. But when Miroku was finally allowed to make the Citori, the price point was half that of the Superposed. The quality of the Citori also surprised many American shooters who gave the earliest iteration of the shotgun a chance. The rest is history. The Citori, whose name has no meaning (it was made up by a Browning executive), is widely popular here in the states—it surpassed one million guns made in 2008.

“The Superposed was the first American production over/under shotgun,” Bourjaily says. “It was an affordable, but also aspirational shotgun. But the Citori can fit any shooter’s purpose and at a better price point. There are clay-shooting models, waterfowl models…basically anything you want to hunt or shoot, the Citori can do it.”

Read Next: 8 of the Most Underrated Over/Under Shotguns of All Time

The Future of the Citori

It’s hard to imagine production of the Citori ceasing anytime soon, given its beloved status. In 1998, Browning did stop making its most successful shotgun of all-time, the Auto-5, which has since resumed production. But the Citori fits such a fine niche—a well-made, affordable over/under that really has no equal—I don’t see it going away.

The Citori is routinely in the top five sellers for over/unders on GunBroker.com every year, so I can’t imagine Browning would want to lose the stranglehold is has on the price-point double guns market. Browning did debut another over/under, the Cynergy, in 2004 and I (and other Citori lovers) worried that it might spell the end for the Citori.

The Cynergy costs less than the Citori and has more of the fit and feel you would expect from an affordable over/under. It’s a serviceable gun, but you don’t quite get the same beauty and handiwork that goes into a Citori. And the 725 series of Citoris, with a lower receiver that improves the sight plane of the gun, has only increased the value of this over/under to shooters. So it should stick around for decades to come.

“I remember Browning coming out with that other over/under,” Spomer says. “Gun manufacturers are always having to do something new, but I don’t think there is a reason to replace the Citori. They are great guns. I always feel like I have little more quality in my hands than I paid for when I am holding one.”