Jason Cook says he was attacked by a panther while hunting, but Florida Fish and Wildlife is 99 Percent sure it was a Bobcat 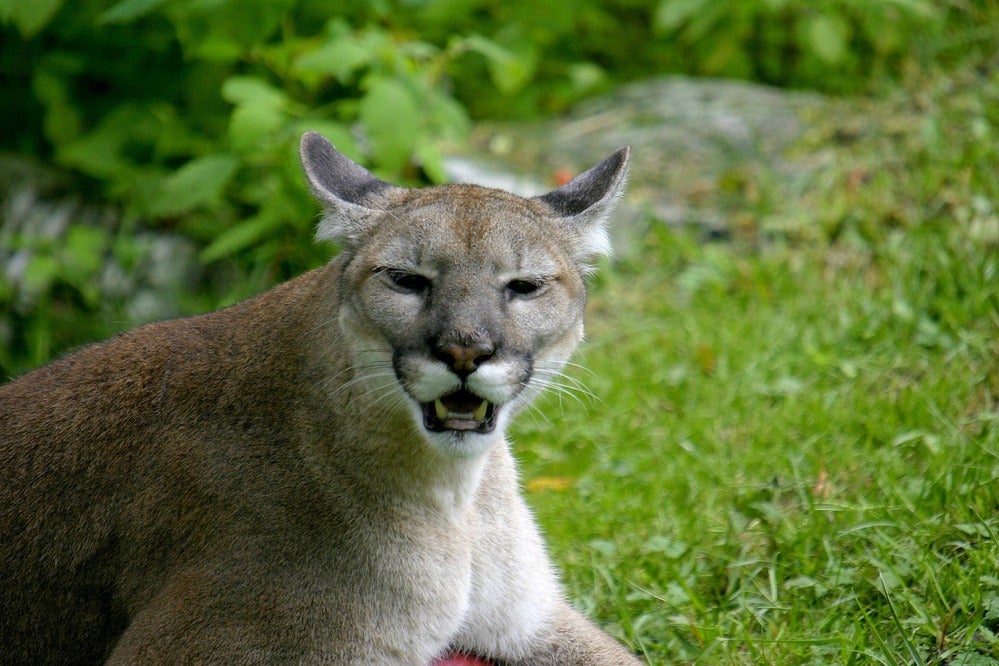 Hunt turkeys long enough and you are bound to bring in a predator looking to make a quick meal out of an unsuspecting hen. Usually the predator is a bobcat, fox, or coyote. Guide Jason Cook was in Florida this spring and called in a much bigger critter—a panther, he thinks. Cook was hunting with a friend in mid-March on opposite sides of a leased turkey property. The two men had not heard a gobble in days, but on this morning, Cook thought a gobbler had sounded off in the distance. He hit the tom with some faint hen yelps, but didn’t get a response.

“About 10 minutes later I decided to make three loud calls,” Cook said. “I made the first two, and just as I went to make the third, I was blind-sided. It felt like someone had hit me across the face with a baseball bat.”

Weeks later, the University of Florida released a report on the attack. Hair samples from Cook’s vest were taken by Florida Fish and Wildlife, and testing showed that it was 99 percent likely the animal was a bobcat, not a panther.

The predator (panther or bobcat) clawed Cook’s face, opening up several large gashes. Cook made it to his feet. His face was covered in blood and it seeped into his eyes, but he managed to see a panther running away. The impact was so forceful, it knocked the gun from his hands. Cook called his buddy, who was already back at the truck after another slow morning.

“I called him after the panther clawed me,” Cook said. “He was joking and said: ‘I thought you were going to give it another 15 minutes. It’s only been 13.’ But when I got back to the truck, his mouth dropped wide open. He couldn’t believe what had happened to me.”

Before Cook could even put his gun put away, a Florida game warden was on the scene. He asked what had happened as Cook still had blood streaming down his face. He told the warden “a panther attacked me.” The warden didn’t believe him, but Cook reiterated the story.

“He (the warden) turned ghost white, and started scrambling for bandages to get me patched up,” Cook said.

From there, Cook went to a local hospital where more wildlife officials were waiting to question him, because the attack was such a rare occurrence. They took blood and fiber samples off Cook as well. There has only been one reported case of a panther attack on a human in the state of Florida. In 2014, the Broward Palm Beach News Times published a story that detailed an incident in which Byron Maharrey, a former chairman of the Florida Sportsmen’s Conservation Association, was mauled. He suffered a four-inch wound on his left shoulder and two puncture wounds in his left thigh.

“Florida Wildlife Commission has always said there’s no documented case of panther attacks on humans,” Mahharey told the paper. “I don’t think they can say that anymore.”

Cook had a panther—possibly this one—on trailcams for weeks leading up to Florida’s Osceola turkey season. Many hunters he talked to thought the cat was the reason toms had been so quiet. He didn’t think that was the case as panthers often share the same habitat as turkeys in the southern part of the state, and it hasn’t stopped hunters from taking birds in the past.

Panthers are an endangered species in Florida. Wildlife managers have been trying to restore their populations for years. Officials estimate there are fewer than 240 panthers in the state.

“If you talk to enough farmers and landowners down here, they are seeing more panthers,” said Cook. “But this was (one of) the first attacks in state history. I am surprised Florida Fish and Wildlife hasn’t said anything about the incident yet, because there has been a lot of discussion about it, especially on social media.”