Modern turkey decoys are ultra-realistic and deadly effective. But on some hunts, you’re better off without them 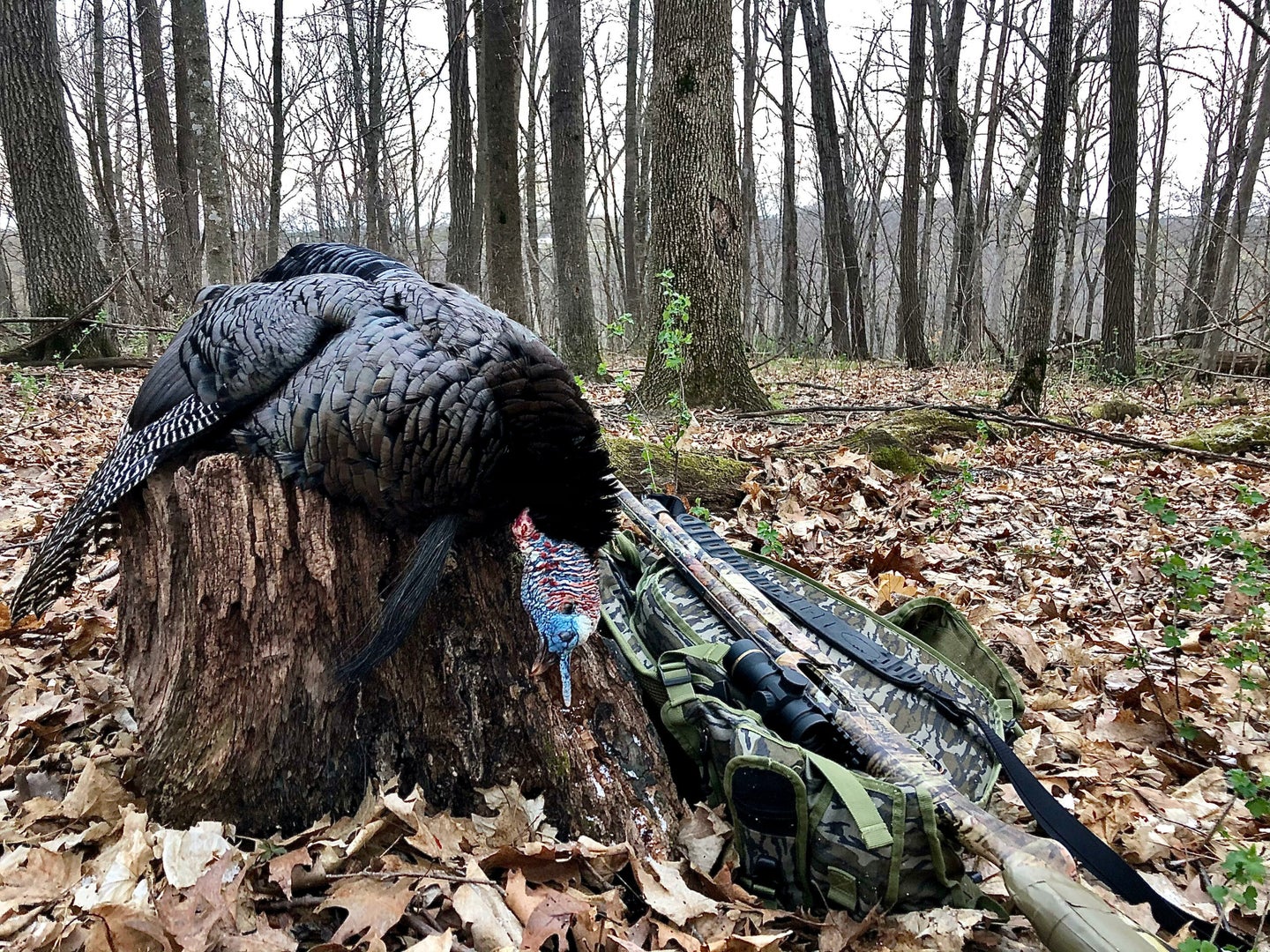 The author's opening-day Minnesota gobbler—taken in the timber, without a decoy. Alex Robinson
SHARE

I love decoys. I’ve got a half dozen turkey decoys in my garage and a whole basement full of duck and goose dekes. I enjoy setting decoys and trying to imitate how I think real birds would be positioned in a given landscape. And watching a bird key in on a decoy spread—and then commit—is one of my favorite moments in all of hunting.

But more and more, I find myself leaving my turkey decoys in the bag during spring hunts. It’s not that I think the decoys scare birds. This year I’m running the ultra-realistic Avian-X HDR hens. There’s no glare, they sway back and forth in a breeze. They are the real deal. But the reason those gorgeous decoys have been sitting out most hunts is because they don’t fit the hunting scenarios I’ve encountered. During the first week of my turkey season, I called four gobblers to the gun in three days. All of those hunts were in the woods—and I didn’t set a single decoy.

So, while there are plenty of turkey hunting situations where a couple decoys (or even a whole flock of them) are critical, there are other scenarios where messing around with turkey decoys is actually detrimental to you hunt. Here are four scenarios to leave the decoys in the bag.

1. You’re Sneaking in Tight to a Roosted Tom

This is the scenario we all dream about: Slipping through the early-morning darkness, stealthy as a ninja, toward a gobbling tom that’s roosted in an ancient oak or cottonwood. You get as close as you can, when creeping any closer would be downright sinful, and then you find the perfect spot to call the bird into shotgun range when he flies down. Why, I ask respectfully, would you now push another 20 yards to set up your damned decoy?

Many times, you’re closer to a roosted tom than you think. They can hear you rustling around in the leaves below them. And they can see you through the twilight on a clear morning, or if there’s a bright full moon. If you push too close just to set up your decoy, you risk spooking the tom and blowing your hunt. Often when this happens the gobbler won’t bust off the roost, but he might stop gobbling. Or he’ll go silent as soon as he flies down.

So during these close-quarters roost hunts, just sit down and be still. Don’t make more noise and motion by setting up a decoy. If things go to plan, he’ll come searching for your calling. If he’s on the edge of shotgun range or he’s circling around in the wrong direction, do a little scratching in the leaves to give him a noise to home in on. Sometimes it can be hard for a bird to tell exactly where a hen call is coming from in the timber. The soft scratching of leaves gives him a precise spot to target. Most times, this works even better than a decoy.

Sometimes gobblers end up in the thick stuff. This is especially true later in the season when the undergrowth is fully leafed up and there’s not much visibility in the woods. When you’re calling to a tom in thick cover—where you can only see 20 or so yards—there’s usually not much room to set a decoy. You don’t want to set the deke right in your lap, because that will draw attention to your position. But if you set the deke out at the edge of your visibility you might actually cause the tom to hang up.

For example, let’s say you can see and shoot a patch of woods that’s 20 yards deep, so you set the decoy at the edge of that opening. An incoming tom might spot your decoy when he’s 30 yards out. The tom can see your deke, but you can’t see him. If it’s thick, he’ll probably be able to see only parts of the decoy, not the full profile. Sure, he might come charging in, but more likely, he’ll gobble a couple of times and stand his ground. Eventually he’ll get sketched out and slip away. You’ll never see him. It’s more effective to let the tom come hunting for you in heavy cover (remember that scratching tip I mentioned?). If he hangs up for some reason, stealthily reposition and try calling him from a different direction.

Also, for safety reasons, I never use decoys, including hens, while hunting thick woods with low visibility on public lands.

3. You Struck a Gobbler Close

When you’re running and gunning, eventually, you’ll have a tom thunder-gobble nearby. When this happens, don’t bother messing around with a decoy. Just sit down and get ready to shoot. Sometimes a tom will come charging in on your first call, assuming you’re hen yelping to locate gobblers. A fired-up tom can surprise you by how quickly he can close the distance, and this seems to be especially true for lonely late-morning gobblers. One more tip here: Always try to pick a tree to set up on (especially a tree that offers a few good shooting lanes) before calling to locate a gobbler.

4. Everyone Else Is Setting Up Decoys in Fields

I’m not a turkey hunting purist. Modern blinds and ultra-realistic turkey decoys make for a deadly combination, and that combination sometimes gives you a chance to see toms strut and gobble up close. Reaping strutters is fun as hell; so is spotting and stalking toms in open country (just don’t do this in the woods). I’ve done it all, and it’s all good.

But there is something special about doing it the old-fashioned way: Just you, a call, the woods, and a gobbler. I also think that in a lot of places, the more traditional style of turkey hunting is the most effective. I’ve hunted the public lands of western Wisconsin hard for the last few years and I’ve killed more than a dozen birds out there. Not one was shot in a field.

I started hunting big chunks of state forest in southern Minnesota a few years ago and hit up Field & Stream whitetails columnist Scott Bestul, who lives in the area, for some advice.  I had been driving around the region scouting, but I was finding very few turkeys out in fields. I thought that was strange because this part of the state is known for its healthy bird population and great turkey hunting.

“Don’t worry about it,” Bestul told me. “Turkeys around here just don’t go out in fields as much as they do in other places. I don’t know why.”

Bestul has hunted turkeys all over the country and I trusted his wisdom, which proved itself over the next few seasons. I had no problem killing turkeys back in the timber.

My working theory, based purely on anecdotal evidence, is that in areas with a lot of hunting pressure, the wilier longbeards have adapted to avoid fields. Or at least, they’ve adapted to avoid getting killed over the classic field setup of a jake and a hen decoy. Over the last few seasons, it seems like sneaking through the woods and striking gobblers has been a lot more effective. Not to mention, it’s a heck of a lot more fun than waiting for hours, or days, for a tom to come to the decoys.