Bowhunter Nearly Gored to Death by a Bull Moose He Missed 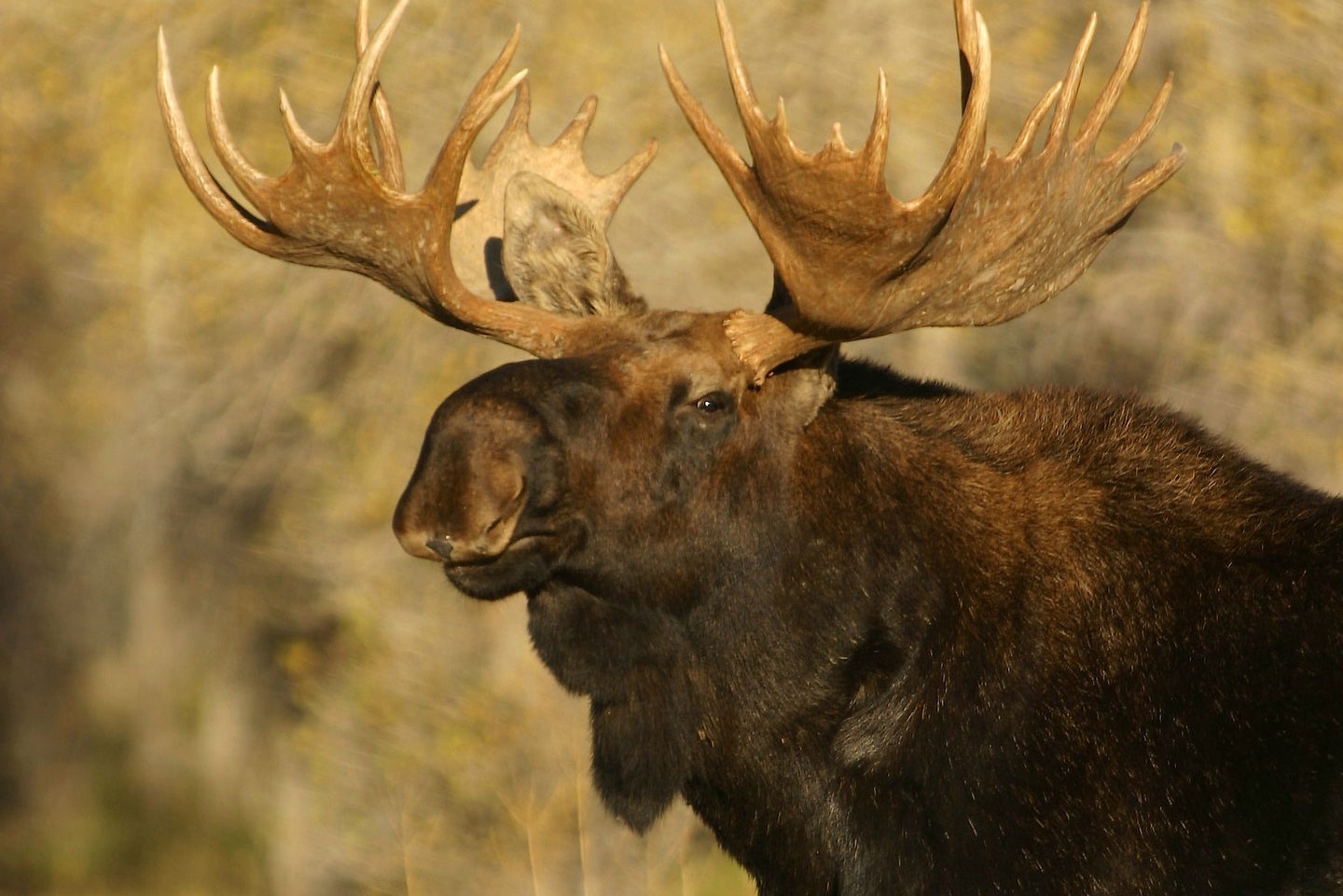 A bowhunter was severely injured after missing a bull moose. John Hafner
SHARE

An archery hunt for moose in Larimer County, Colorado ended with air transit to the local hospital on Tuesday, Sept. 13. The adult male bowhunter missed a shot on a moose, which prompted the moose to charge and attack the bowhunter, causing him serious injuries.

According to the Larimer County Sheriff’s Office, the hunter’s GPS alerted rescuers late in the morning. He was located in the general vicinity of Poudre Canyon, off Long Draw Road above Highway 14. Larimer County is in the north-central part of the state and is in the middle of Shiras moose range.

LCSO communications and media specialist Jenevieve Kramer told Outdoor Life the hunter was attempting to hike out of the backcountry and was being assisted by a passersby when the rescue team reached him.

“Our deputy rendered first aid, including a tourniquet, and coordinated evacuation on an air ambulance, which took the hunter to an area hospital,” Kramer says. “His injuries were life-threatening.”

No further information is currently available on the status of the hunter’s condition. There have been multiple moose attacks in Colorado this year, although most occurred during the spring when moose were in the midst of calving season. Most attacks were caused by females protecting their young from surprise encounters with hikers. Colorado’s Shiras moose can weigh up to 1,000 pounds and stand more than six feet tall at the shoulder, according to Colorado Parks and Wildlife.

Early fall marks the beginning of the rut for moose. It’s common for hunters to call aggressive bulls in to close range, and these close-quarters encounters often create some hair-raising moments. However, they rarely end with the hunter being gored. As you can see in the video below, which was filmed years ago, rutting bulls approach a challenger with their wide antlers swaying back and forth as a display of dominance. It’s unknown if the hunter had called the bull in and the LCSO offered no further information.

Archery season for moose in Colorado lasts from Sept. 10 to Sept. 30. A draw-only muzzleloader season runs simultaneously with the first eight days of the archery season, ending on the 18th, and rifle season lasts from Oct. 1 to Oct. 14. Moose hunts aren’t cheap in the Centennial State: a resident tag goes for around $320 and a nonresident tag costs $2,343. Colorado Parks & Wildlife estimates that there are approximately 3,000 moose in the state.