Florida Man Tries to Remove Alligator from Driveway, Gets Bitten in the Arm 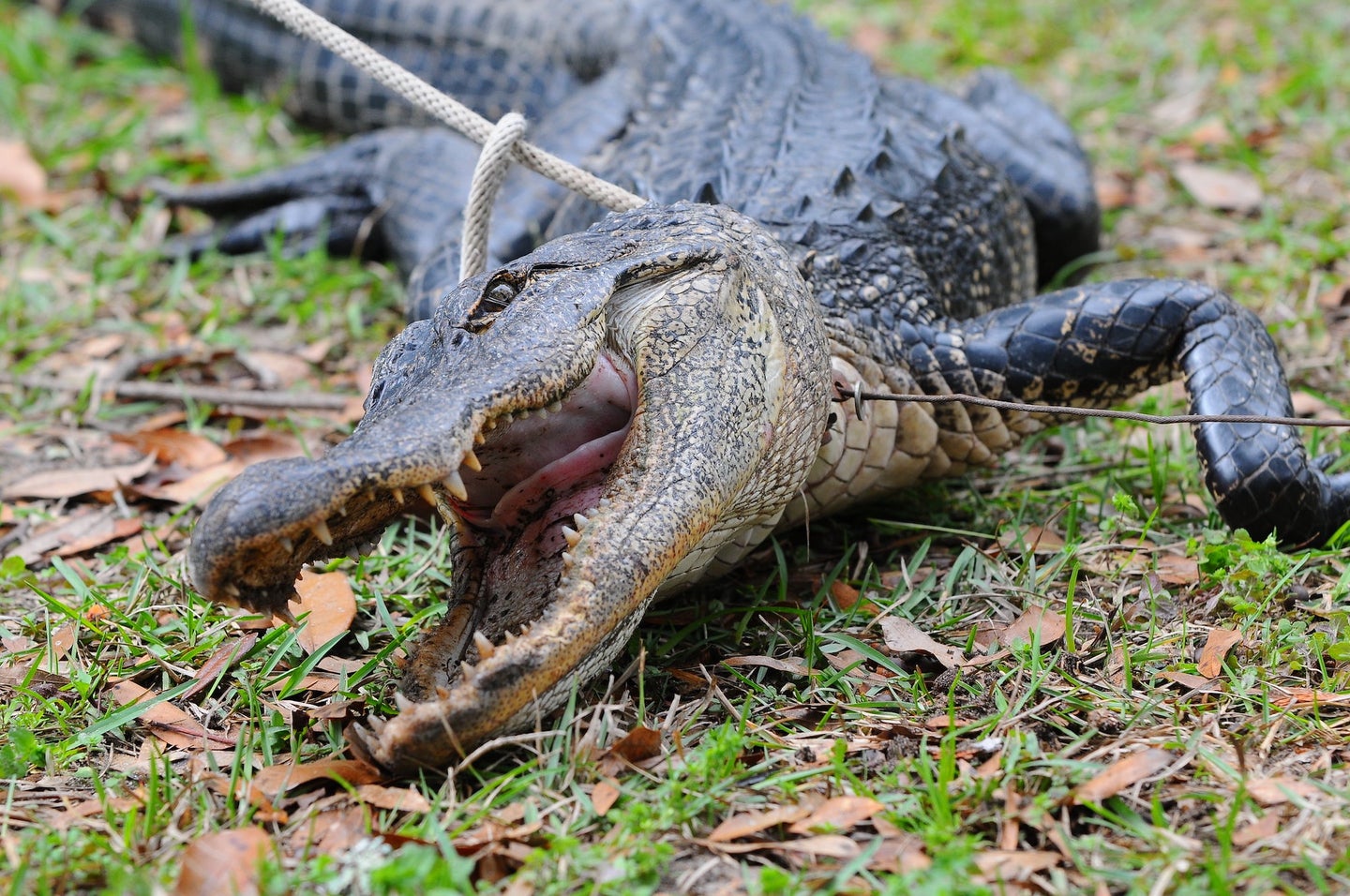 A man in Englewood, Florida, suffered injuries to his arm on Tuesday after he tried to remove an alligator from his neighbor’s driveway, according to WINK-NEWS in Fort Meyers. The man was eventually able to get his arm out of the gator’s mouth, and the animal was relocated by the Florida Fish and Wildlife Commission.

The incident began when Englewood East resident Auzjia Dickerson found the four-foot alligator lying underneath a U-Haul truck in her carport. She then enlisted the help of her neighbor, who she thought would be up to the task.

“He’s a dog trainer,” Dickerson told reporters. “So, he came out with gloves and a sweatshirt, like he kind of knew what he was doing, but that gator was fast. He moved too fast. It just didn’t go well.”

Video footage of the encounter shows the man throwing a sweatshirt over the alligator’s eyes and then grabbing hold of its tail, which only made the gator angry. It spun around, bit the man’s arm, and refused to let go, clamping down with its powerful jaws. Dickerson immediately called 911 while other neighbors heard the commotion and got involved.

“Someone had a broomstick,” Dickerson continued, “and they used the broomstick to help pry open the gator’s mouth so he could get his arm out. It was intense.”

Read Next: Four Fatal Gator Attacks in 76 Days Is a Statistical Anomaly. Here’s Why It Happened

FWC confirmed that the man sustained injuries to his arm during the encounter, and wildlife officers came out to the neighborhood and relocated the gator. The agency also stressed that people should never attempt to handle or remove alligators on their own, and should only call 911 in the case of an emergency. Florida residents who come across a nuisance gator can contact the agency’s Nuisance Alligator Hotline at 866-392-4286.

Attacks by American alligators on humans are rare, but the large reptiles have no trouble fighting back when provoked. Alligators possess incredibly powerful jaws and have one of the strongest bites in the animal kingdom. A large gator has a bite force of up to 2,980 pounds per square inch, according to Florida State University, which is stronger than hippos, lions, grizzly bears—or any other land-dwelling animal for that matter. This tremendous bite force is only exceeded by saltwater crocodiles and great white sharks.