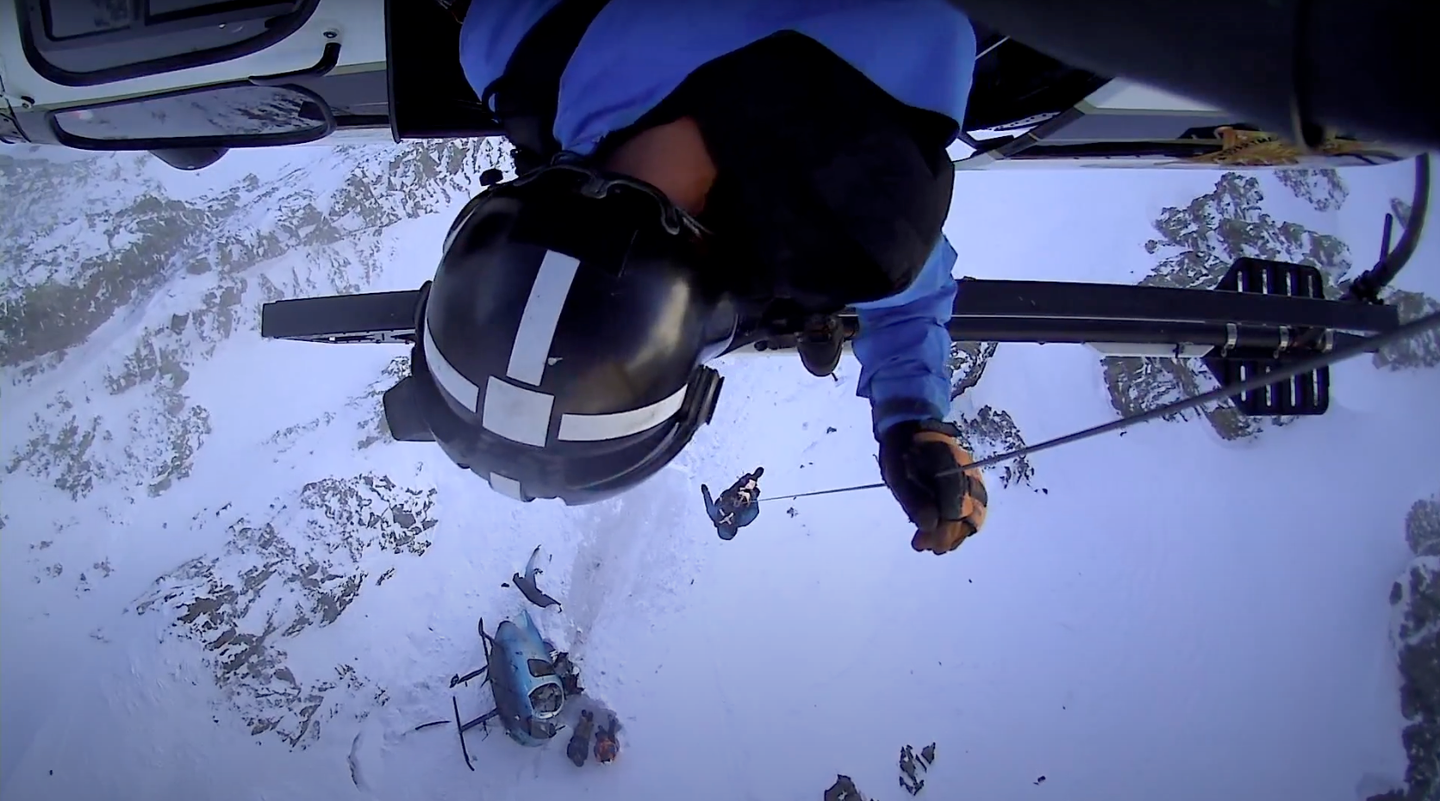 The three wildlife researchers were trapped on a steep, snow-covered slope at the base of a sheer cliff. Utah Department of Public Safety
SHARE

A helicopter crew with the Utah Department of Public Safety pulled off an impressive, high-altitude rescue last Thursday in the La Sal Mountains near Moab. The crew rescued a group of three wildlife researchers, who had been collaring mountain goats in the area when their own helicopter crashed into a cliff. Miraculously, all three of the researchers survived the crash after sustaining only minor injuries. They were safely out of the mountains by around 3 p.m. on Thursday, Dec. 8.

The group was conducting research for the Utah Division of Wildlife Resources, according to DWR public information officer Faith Jolley. Jolley told reporters with the Moab Sun News that the agency had contracted with the private company, Helicopter Wildlife Services, to further study the migrations and winter survival rates of mountain goats. (The species is not native to the La Sals and was introduced there in 2013.)

Officials are still investigating the crash, and Jolley explained that the privately owned helicopter was estimated to be a total loss. The chopper went down in the Cleaver Chutes Area on Mount Tukuhnikivatz, according to a spokesperson with the U.S. Forest Service.

“The cause of the accident is still under investigation, but the pilot believes it may have been caused by falling rocks, which appear to have hit the blades while the helicopter flew close to the cliff face,” Jolley said yesterday.

According to the San Juan County Sheriff’s Office, the crash was first reported at approximately 11:15 a.m. on Dec. 8, when “a witness in the area reported a metallic blue helicopter [going] down in steep terrain on the mountain peak but did not see any smoke or fire.”

Because of the remote location, the sheriff’s office requested a DPS helicopter to help with the rescue. The helicopter crew flew to the scene of the crash, where they were challenged by the steep alpine terrain. Captain Luke Bowman, who piloted the rescue helicopter, told reporters that the three researchers were clinging to a 60- to 70-degree slope at the base of a sheer 1,000-foot cliff. He said it was a miracle they didn’t slide any further down the snow-covered mountainside.

“They had a very steep slope with a lot of runout, and you had an aluminum or metal helicopter that could have slid very easily on that slope,” Bowman said in an interview with FOX-13 News. “I think they were very fortunate to not go tumbling down any further.”

After making contact with the three wildlife researchers, rescuers hoisted them into the DPS helicopter one at a time. They were then flown to a staging area at approximately 3:15 p.m. Medical crews there determined that the researchers had suffered only minor bumps and bruises in the crash.