Watch: Man Slaps a Bear Across the Face and Stands His Ground

"I just sucker punched a bear!" 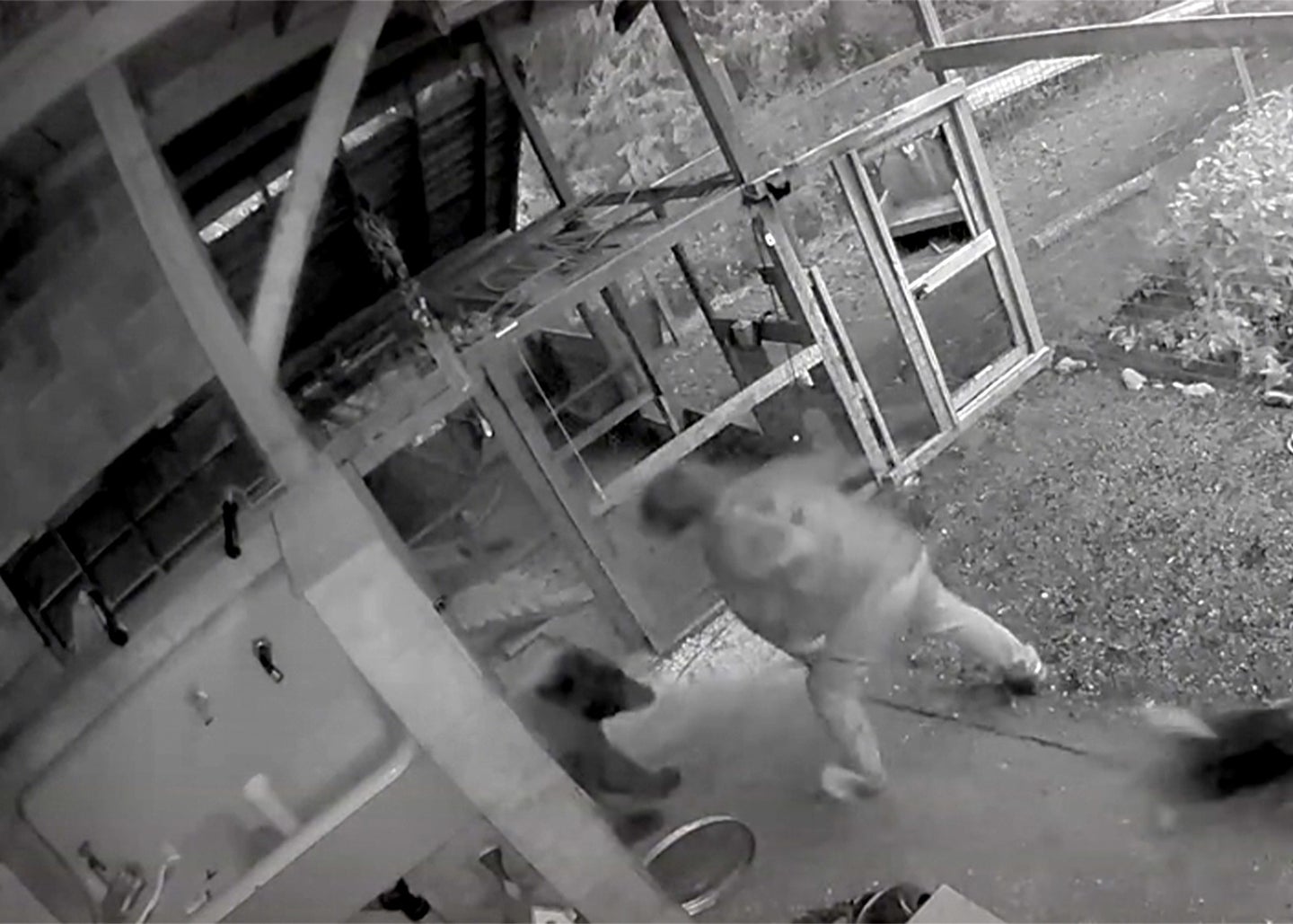 The man winds up before smacking the small bear across the face. via TikTok
SHARE

A man who had a close call with a young bear decided the best course of action was aggression. He stood his ground, yelling and growling, and then slapped the bear in the face. The man shared video footage of the standoff on TikTok, where more than 13 thousand viewers have commented on his fearless reaction to the situation. (The video also has more than six million views.)

The video appears to be taken from a security camera located outside the man’s barn. The location of the barn is unknown. The man is walking his two small dogs on leashes, and when the video begins, the two dogs are already running away from whatever is inside the barn. The man, wearing flip flops, recognizes the threat right away as the dogs scamper behind him and out of the frame.

For a brief moment he’s taken aback by the shock of seeing a bear inside the barn, but then the man goes straight into alpha mode. Still holding onto his dogs’ leashes, he spreads his arms out and walks toward the bear growling and yelling guttural noises. A woman in the video keeps her distance from the barn door the whole time

“Get back!” the man yells between growls. Emboldened by its owner’s behavior, one of the dogs joins him in growling and makes a brief charge at the bear before the man yanks back on the leash.

When the bear eases out of the barn door toward them, the man winds up and lets a right hook fly, smacking the small bear across the side of the face. The bear recoils from the hit, spins around, and retreats.

The video is recorded in black-and-white, so it’s hard to identify the species of bear. It looks like a light-colored, juvenile black bear, but it could also be a small grizzly cub.

After landing the hit, the man hands the leashes off to the woman behind him. Then he goes back to hazing and yelling at the bear. Picking up a snow shovel and a trash can lid, he keeps hollering and bangs on the lid.

Read Next: Video: Florida Man Attacked by Black Bear on His Porch While Defending His Dogs

“I just sucker punched a bear,” he says, half-smiling, to the woman.

“Yeah, you did,” she responds.

Stepping back into the barn once more, the man realizes that it’s a cub he just scared off. Then he turns around and decides to get out of there while they still can.

It’s a wise move. Standing up to a curious bear cub is one thing, but facing off with a protective mama bear is a different ball game.