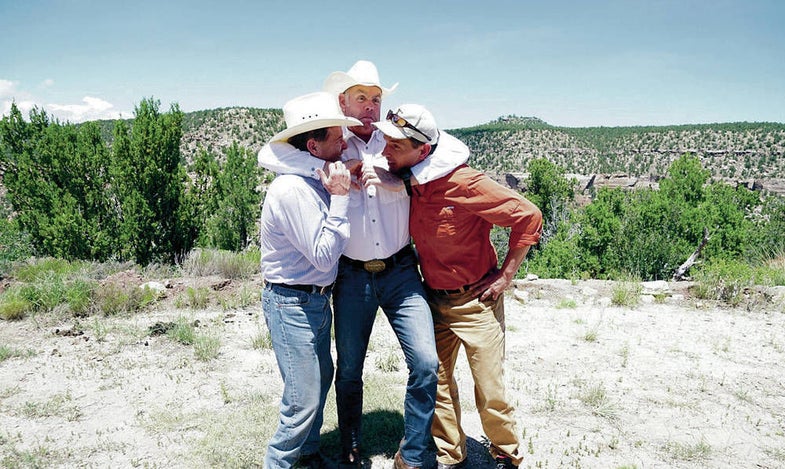 Interior Secretary Ryan Zinke announced on Wednesday that the Bureau of Land Management would accept a land donation that would finally allow public access to the Sabinoso Wilderness.

The 16,000-acre Wilderness has been landlocked—it was surrounded by private ranches— since it was first designated in 2009 (read more here about how the Sabinoso ended up in that predicament).

Last year the Wilderness Land Trust bought one of the ranches bordering the Wilderness and intended to donate it to the BLM to ensure public access. New Mexico Senators Martin Heinrich and Tom Udall (both Democrats who had been working on the project for a decade) saw this as a slam-dunk opportunity for finally securing access. Zinke (a Republican) gave the green light to accept the donation weeks after he traveled to New Mexico to tour the area on horseback.

“I’m happy to announce today the Department intends to finalize the process to consider whether to accept 3,595 acres to make the Sabinoso Wilderness area accessible to hunters and all members of the public for the first time ever,” Zinke said in a press release Wednesday. “Expanding access to hunting, fishing, and recreation on federal lands is one of my top priorities as Secretary. I originally had concerns about adding more wilderness-designated area, however after hiking and riding the land it was clear that access would only be improved if the Department accepted the land and maintained the existing roadways. Thanks to the donation of a private organization, we continue to move toward delivering this nonpartisan win for sportsmen and the community.”

This is good news for sportsmen and women for a couple reasons. First and foremost, New Mexico sportsmen and non-resident hunters traveling to the Land of Enchantment are about to get a new place to hunt. The Wilderness should be open to the public in about 3 to 4 months, according to the Sante Fe New Mexican. The Sabinoso is rugged canyon country that’s home to elk, mule deer, turkeys, and black bears (it’s also rumored to hold trophy aoudad).

“We thank Senators Heinrich and Udall for their leadership to get us to this date and look forward to continued partnership with Secretary Zinke and his staff to finalize this long awaited agreement,” says Jason Amaro, the Southwest Chapter Coordinator for Backcountry Hunters and Anglers.

Opening the Sabinoso could be a good sign of more good things to come from the Department of the Interior. Sportsmen’s groups like the BHA initially celebrated Zinke as the pick for Secretary of the Interior. But half a year into his term, those same groups started to wonder if Zinke had turned his back on sportsmen.

Maybe, hopefully, the Sabinoso is an indicator that he hasn’t.