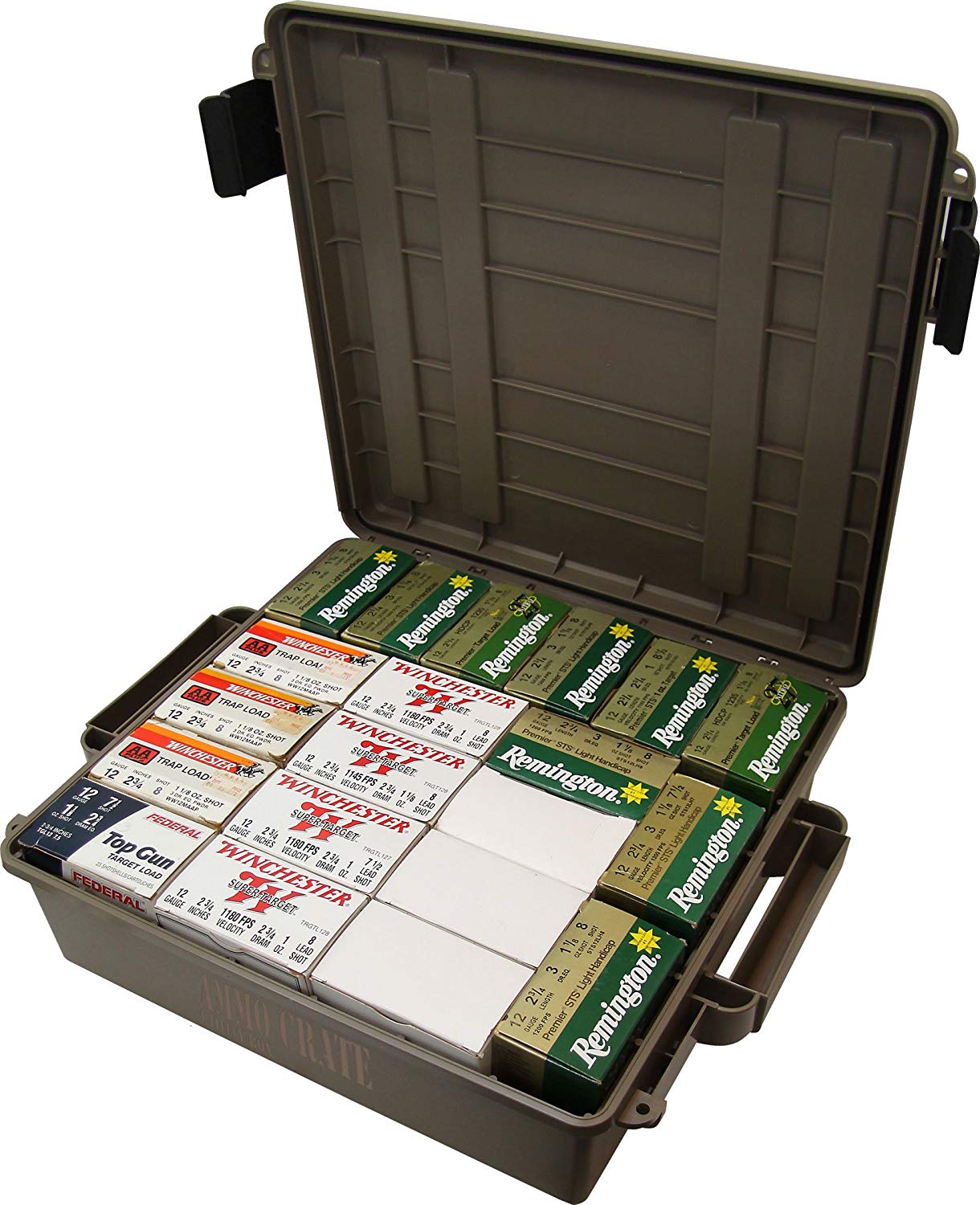 While storing firearms in a locked safe is universally accepted as a best practice in gun ownership, some gun owners pay less attention to ammunition storage. However, having dedicated ammo storage is far better than allowing shells or cartridges to rattle around inside the gun safe or, worse, in random boxes after the original packaging has disappeared. The easiest way to get organized is with a hard-sided ammo case. Sure, you can pick up an empty ammo can at the local army surplus store, but those containers are heavier and less configurable than any of the commercial solutions available with specialized features.

An ammo box that is stackable allows you to start small with an expanding storage system in mind. Look for a box with a water-resistant seal and multiple padlock points.

To get even more organized, a stackable system that is also compartmentalized allows you to break down ammunition for different disciplines across multiple calibers. Tie-down spots for mounting to a truck bed or ATV rack ensures safety during transport and helps prevent theft.

The military-style ammo can in plastic is still a viable way to store boxed ammunition or whatever you need to protect from the elements, whether that’s several boxes of shells, tools, valuables, snacks, or dry clothes. They’re big enough to hold a modest amount of gear, but not so large as to encourage over-packing.