A cow elk and a calf start the long line of decomposing carcasses along the shore of the Palisade Reservoir.... 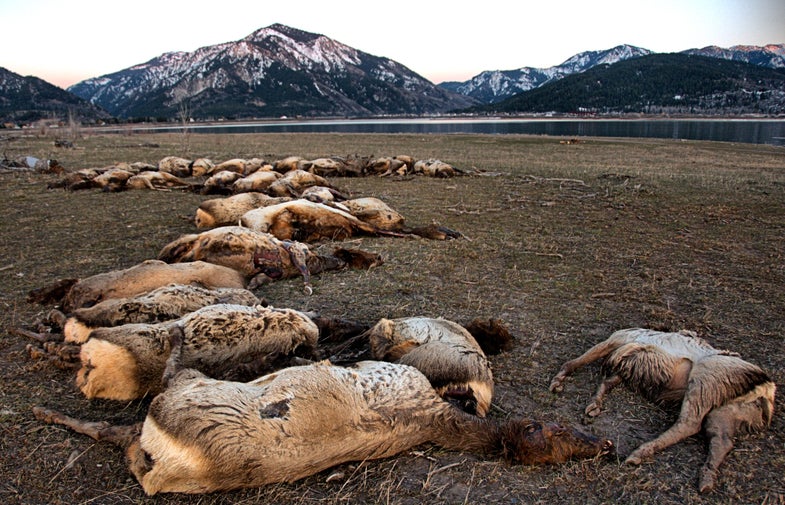 A cow elk and a calf start the long line of decomposing carcasses along the shore of the Palisade Reservoir. Photos by the author.

Last month at least 31 cow and calf elk washed up in a small cove where the Snake River forms the Palisade Reservoir along the Wyoming/Idaho border. The herd had been regularly crossing the frozen river for weeks to graze on the newly uncovered foliage along the river banks.

But on March 21 they crashed through the ice en masse in the middle of the river and were swept under by the swift currents. Their combined weight—estimated at more than 18,000 pounds—was just too much for the thinning ice to support, and the otherwise healthy elk drowned. 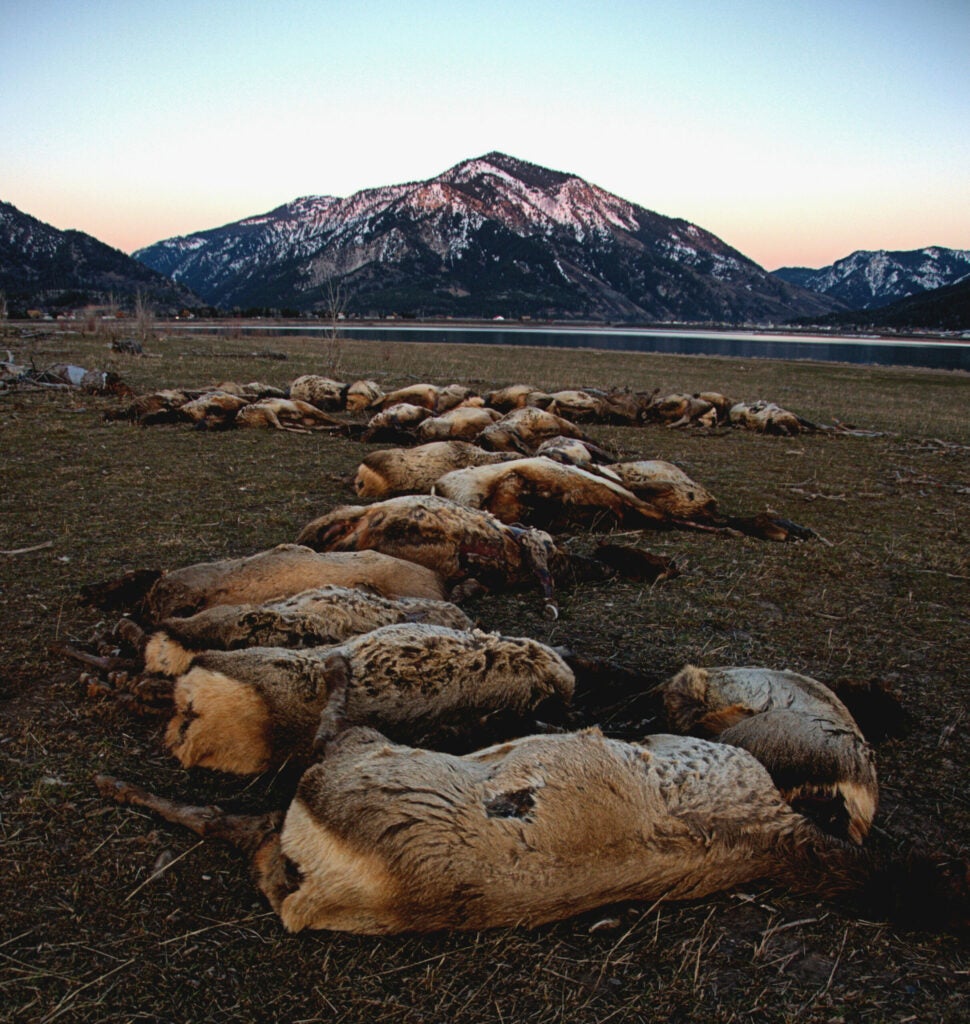 Some winter mortality is natural, but the mass drowning of an entire herd of animals is a rarity, said Gregg Losinski, regional conservation educator for the Idaho Fish and Game Department.

“This herd numbered up to 50 animals and it is believed that more carcasses will be washed up on the shores of the reservoir as the spring melt continues,” said Tim Fuchs, regional supervisor for Wyoming’s Game and Fish Department. Although the animals met their fate in Wyoming, the remains are now on Forest Service land in Idaho. According to Losinski, the department will allow the carcasses remain on the shore.

“They pose no danger to humans, and this is a natural, albeit tragic, event in the wild,” Losinski said. It’s the policy of Idaho Fish and Game to let nature take its course, and the carrion will decompose and serve as food for predators and scavengers.

Losinski recalled similar drowning incidents at Ririe and Dworshak reservoirs during his 20-plus year career. Another incident occurred in December when 20 elk drowned in the Echo Canyon Reservoir near Pagosa Springs, Colorado.

Many local residents from the small mountain town of Alpine, Wyo., have since come out to survey the carcasses. 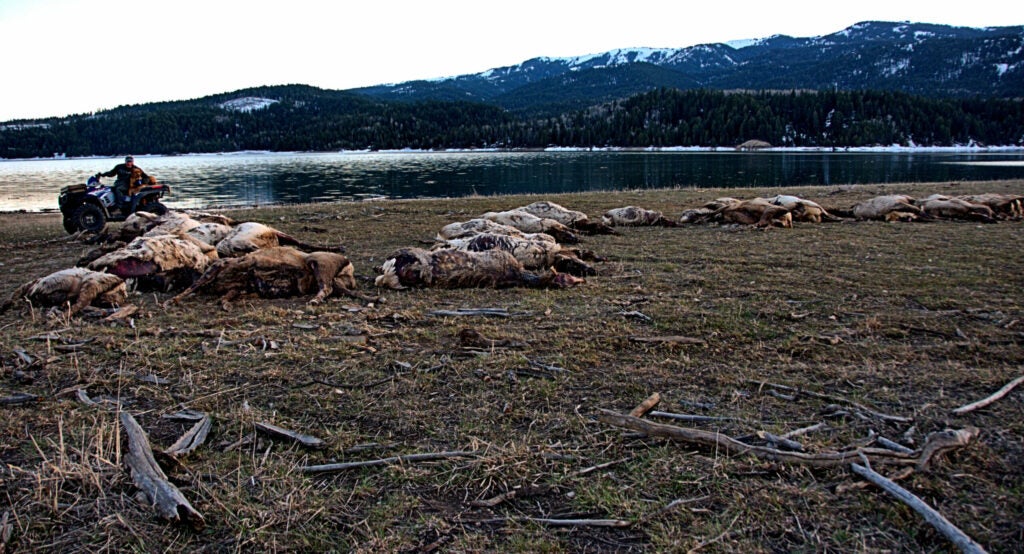 “We are so used to seeing these majestic animals migrate through our neighborhoods. It’s such a shame to see this devastation,” said local hunter Albert Lundy. “What a waste. It’s too bad they didn’t make it into someone’s freezer.”

Some speculated this winter’s strange weather patterns contributed to the elk herd’s demise. Heavy snowfalls and freezing temperatures early in the season gave way to a mid-winter thaw. “January and February were exceptionally warm for this part of the state, and the mountain snow pack filled the rivers prematurely. This had led to very unstable ice conditions in many places,” Lundy said.

Coyotes and foxes have already been spotted near the carcasses. Lundy predicts the thousands of pounds of decaying flesh will draw larger predators (bear, wolves, and lions) from the National Forests that surround the reservoir.

The good news is, the loss isn’t expected to cause long-term impact on local elk populations. “These elk were members of the Fall Creek or Afton herds that frequent the Star Valley,” Losinski said. “They are large herds with healthy populations and can easily sustain such a loss without large-scale implications.