Nothing But a Hound Dog: A Photo Essay Celebrating Man’s Best Hunting Partner 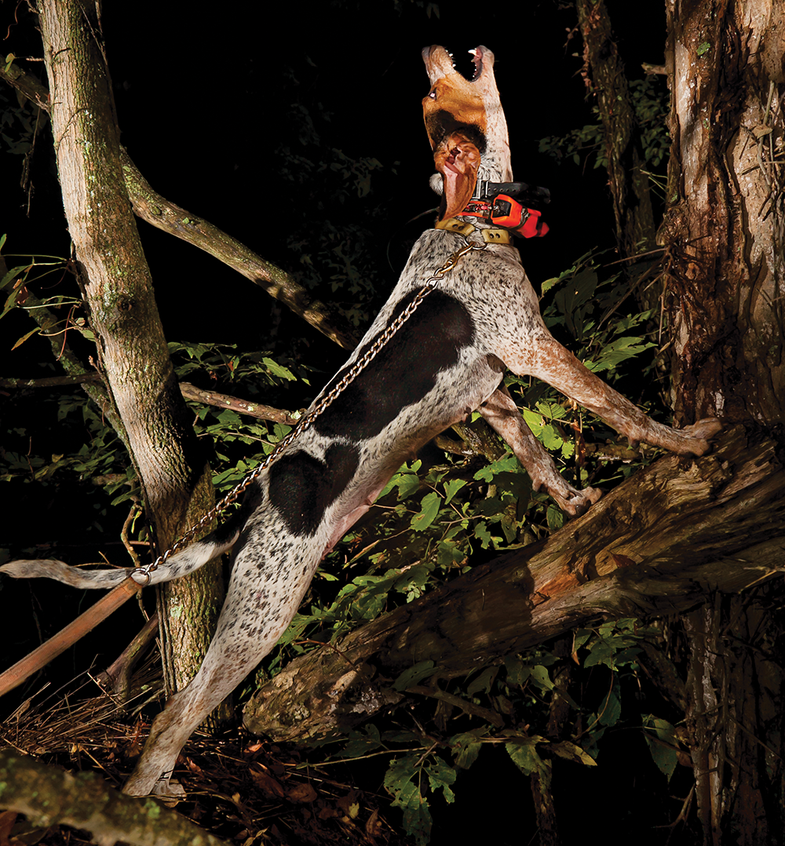 While early man was in his hunting-and-­gathering stage, some 25,000 to 40,000 years ago, domestic canines diverged from their wolf-like brethren. A relationship between two of the world’s most advanced predators formed because the very first domestic dogs and our own forebears shared a single goal—finding food. Humans and dogs have been hunting as a team since woolly ­mammoths roamed the earth.

There is no current family of dog breeds that better typifies team hunting than the hounds. With a sense of smell that is 100,000 times more sensitive than our own and an innate prey drive, hounds are invaluable tools in our pursuit of game. But viewing our dogs as tools diminishes the true nature of our bond.

Over tens of thousands of years, our packs have merged, forming a relationship that goes beyond the basic need for sustenance. Though we humans no longer need them for our very survival, we keep dogs because they enrich our lives. The song of a pack of hounds at full cry still touches some primordial nerve. It raises the hackles, chills the blood.

But unlike other dogs, which can be trained through repetition and reward and punishment to perform tasks, hounds hunt because it’s in their very makeup. Hound puppies are born with the instinct to track, whether their prey is cottontails or cougars. Young hounds will absorb the basics from their veteran packmates, but only experience sorting out a track can make a truly great dog. Inevitably, the hard miles of trailing slows them, but the passion for the hunt never dies. And even when a hound can no longer keep pace with the others, the desire remains. Nothing is as heartbreaking as the day we realize our hunting companion has run his last track.

There’s something special about hounds. Those who have never followed them on the trail sometimes misunderstand a hound hunt, claiming it is not truly fair chase. But the pursuit of game with scent hounds is one of the oldest and purest forms of hunting.

So here’s a tribute to our long-eared, bawling brethren, an ode to a partnership some 30,000 years in the making. 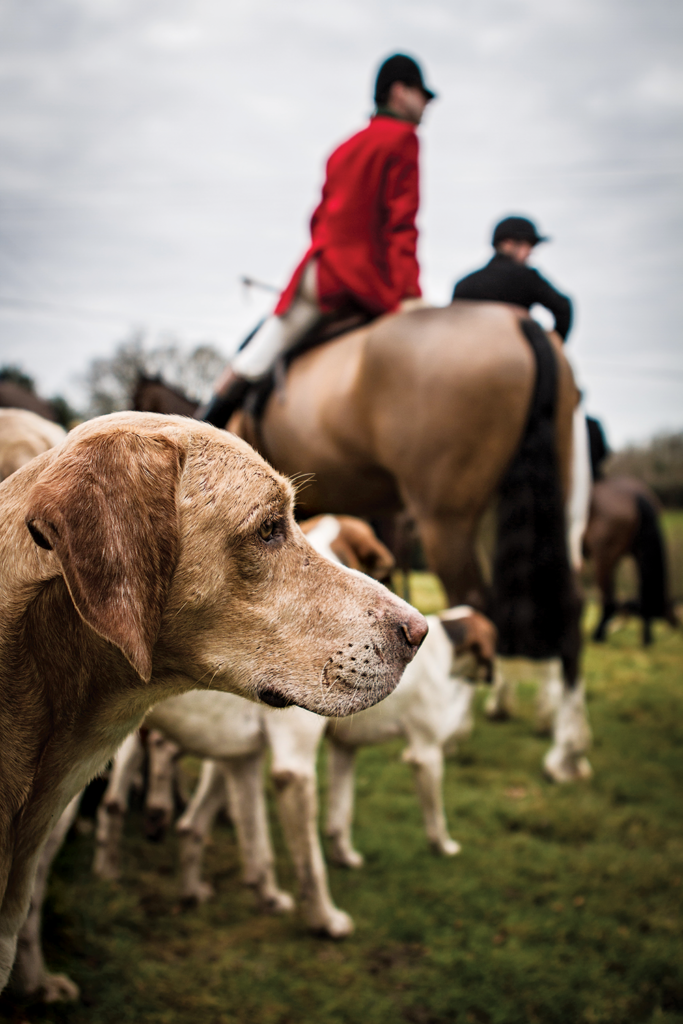 Hounds have been used to course game in England for thousands of years, but it wasn’t until the reign of Henry VIII that fox hunting—and foxhounds—became popular. Over the centuries, pursuing foxes with a pack of dogs became a tradition in England, where mounted hunters followed hounds as they pursued their quarry. The finest packs were renowned across the country. In some cases the number of hounds in a single pack was several dozen. 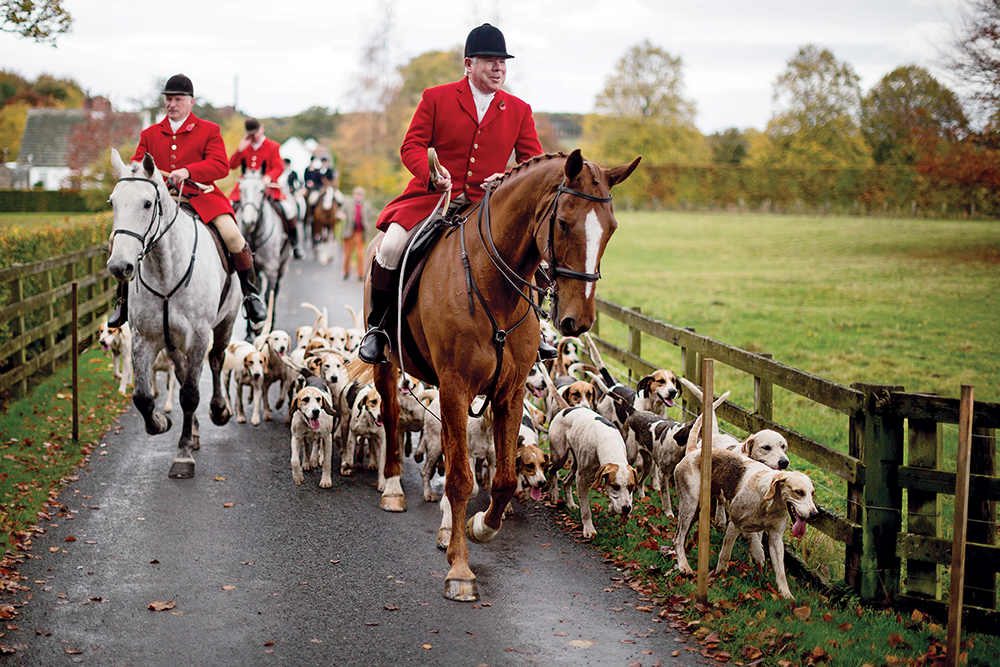 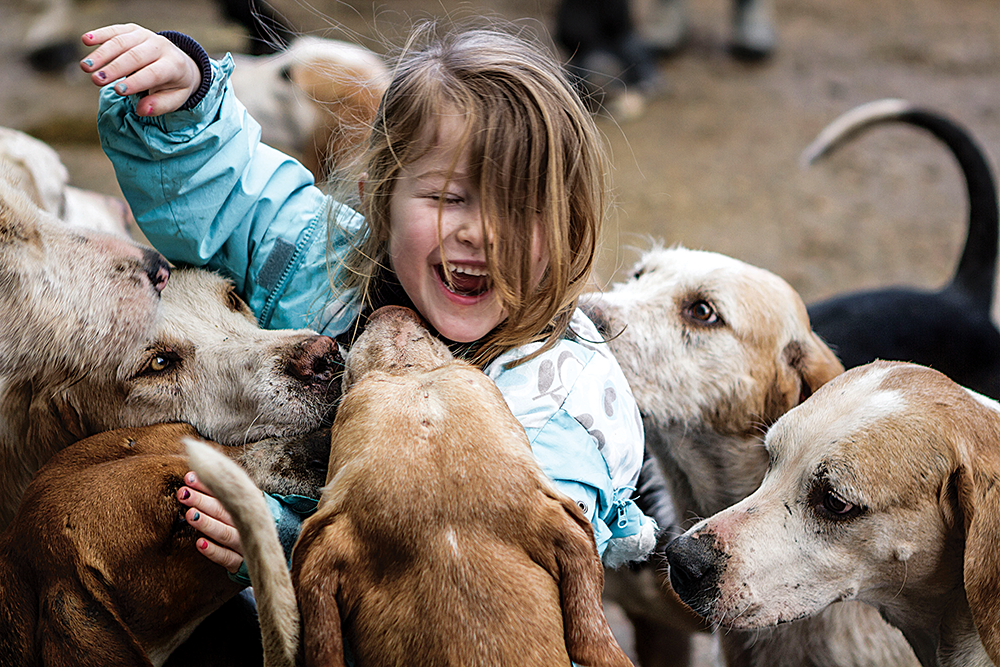 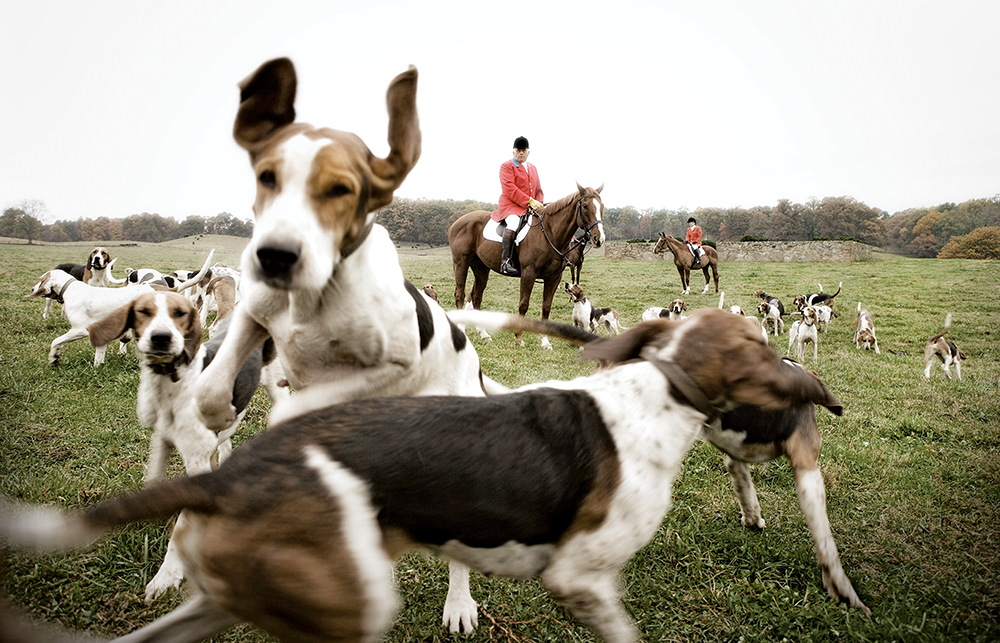 When the first immigrants from Europe arrived in America, they brought foxhounds and fox hunting with them. Those early American hounds provided the base for modern domestic breeds like the treeing Walker, blue­tick, and Redbone coonhounds. 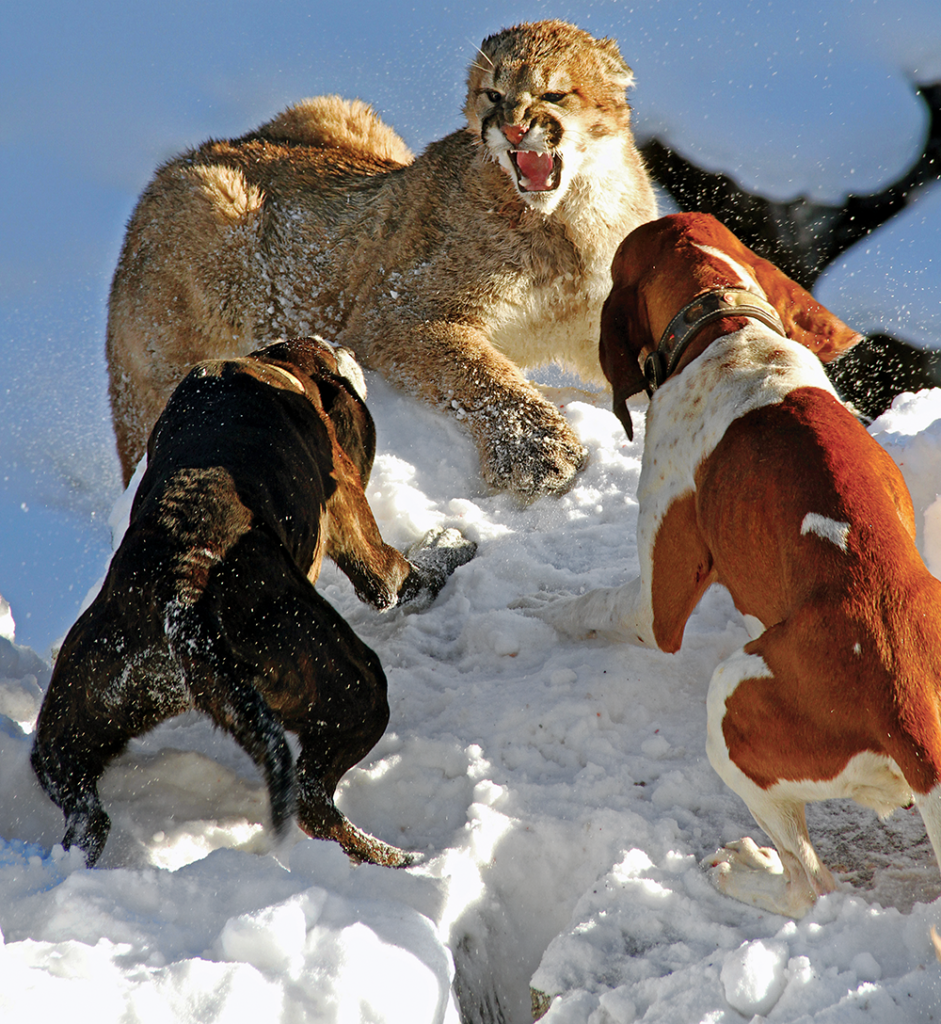 The first settlers relied on hounds to pursue large game like bears, bobcats, and mountain lions. One of the earliest Western houndsmen was Ben Lilly, who made a living pursuing stock-killing varmints and leading notables such as Theodore Roosevelt on big-game hunts. 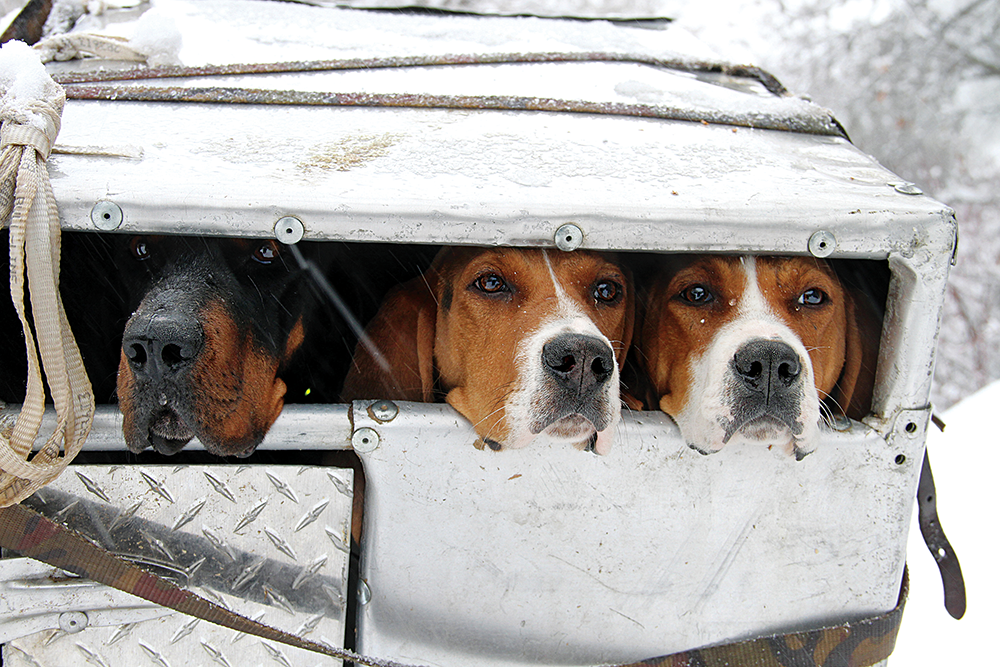 From the forests of North Carolina to the Rocky Mountains, hounds are still used to track and bay the largest American game. Modern big-game houndsmen benefit from the use of GPS collars, which allow the hunter to follow his dogs through rough terrain. 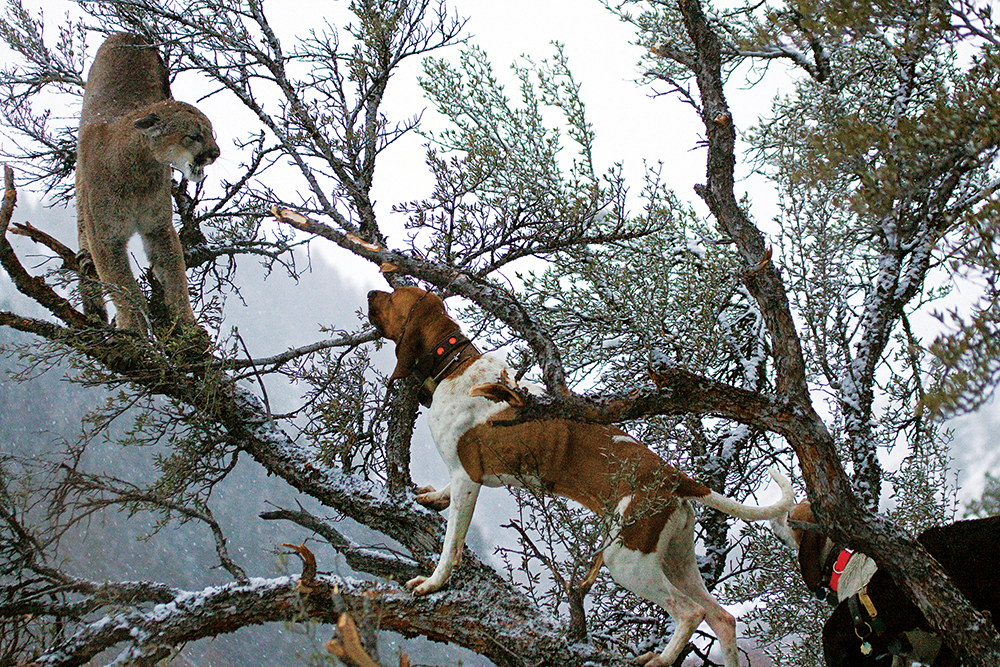 Photographs by Becky Blankenship / Images on the Wildside

Some have tried to vilify the sport. Most recently, California banned the use of hounds in 2012, and Oregon, Washington, Colorado, and Massachusetts have all prohibited some form of hound hunting. But it remains one of the oldest methods for the pursuit of large prey, and despite our modern hunting practices and updated technology, there is no more successful method for hunting elusive species like mountain lions than with a pack of well-trained hounds. Trailing big game with dogs in rough, steep country is one of the most physically challenging hunts in North America.

Small But Mighty
The Beagle 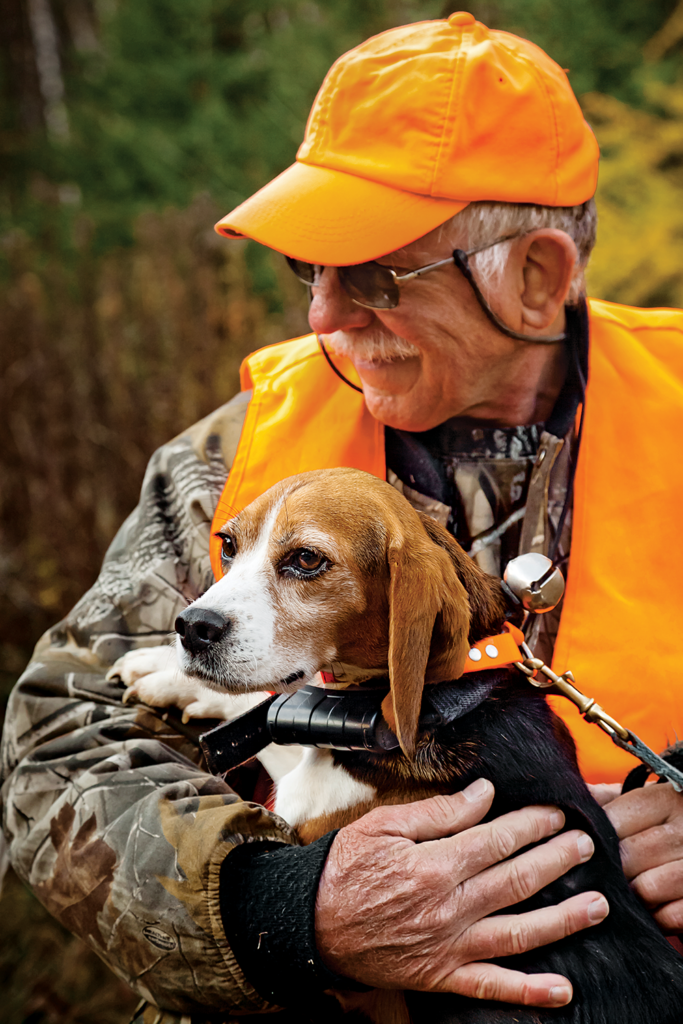 No hound produces more volume, pound for pound, than a beagle on a track. Photograph by Benjamin Gettinger

A popular breed, with a charming personality and a sociable nature, the beagle is one of America’s favorite scent-hound breeds. Though commonly reduced to a suburban house dog, the beagle is one of the most specialized hunters of all the hounds. The modern beagle was developed in England in the 1800s by crossing short-legged breeds like the Talbot hound and the harrier to produce a hard-charging dog that was compact enough to chase rabbits and other small game out of dense brush. Anyone who’s ever owned a beagle can attest to the breed’s impressive vocals, which are ideal for helping to locate the pint-sized dogs in the field. And if you’re looking for a beagle owner, you won’t have to look far—the beagle is the fifth most popular dog breed in the U.S., according to the AKC. By Moonlight
The Coon Hound

In many parts of the country, it’s common to hear the determined bawl of a coonhound in pursuit of its namesake quarry late at night. Ideally, those long howls transform into chopping barks, signifying that the raccoon has been treed. There are six distinct coonhound breeds recognized today: Plotts, treeing Walkers, Redbones, black and tans, blueticks, and English, all of which share some of the European blood brought over by early settlers. Bloodhounds, foxhounds, the Saint Hubert hound, and Hanoverian hounds are all related to modern coonhound breeds. They differ in appearance but share a knack for trailing and treeing game. Early coon hunters made a living from selling furs, and today there are still rewards for owning a tree dog. This year’s winner of the Professional Kennel Club Championship collected $15,000. 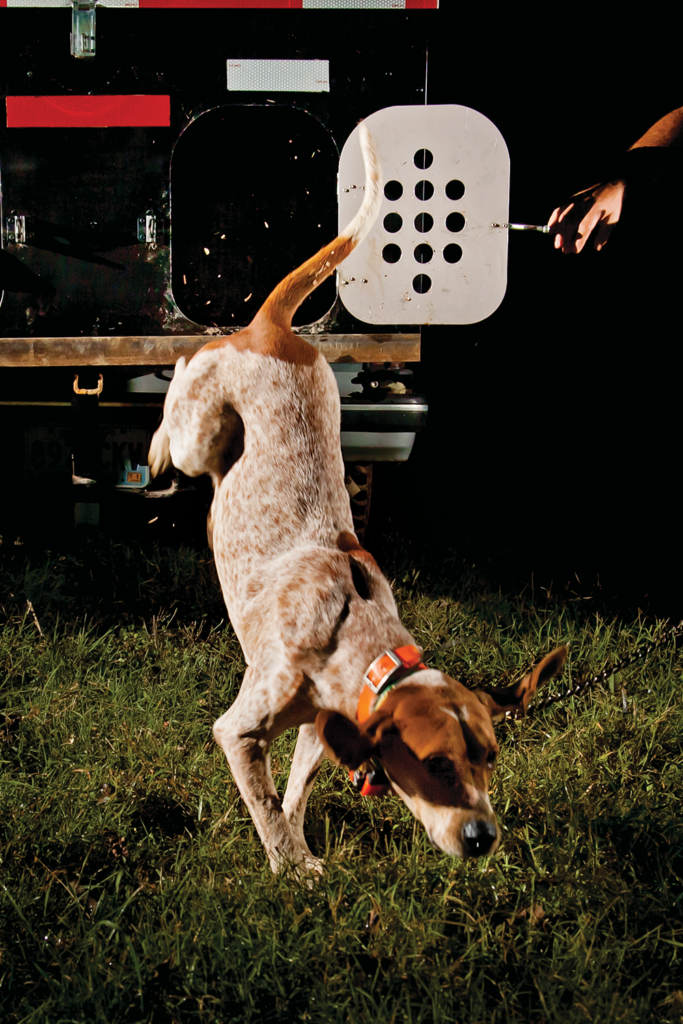 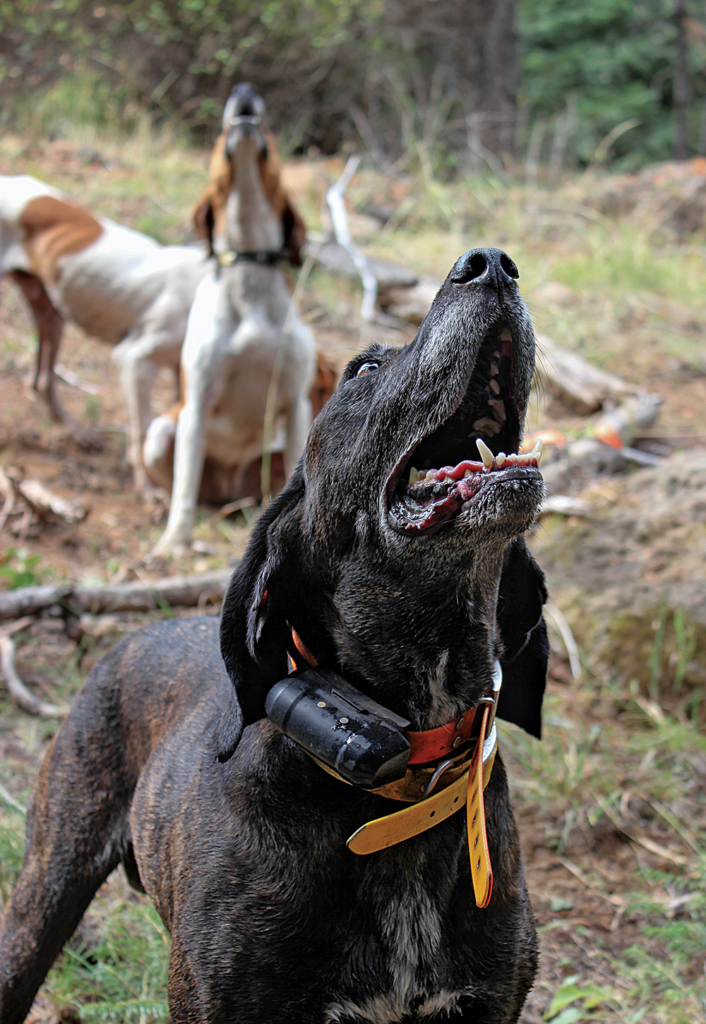