Mountain gobblers are never easy. These four tips will help you get in the game this spring 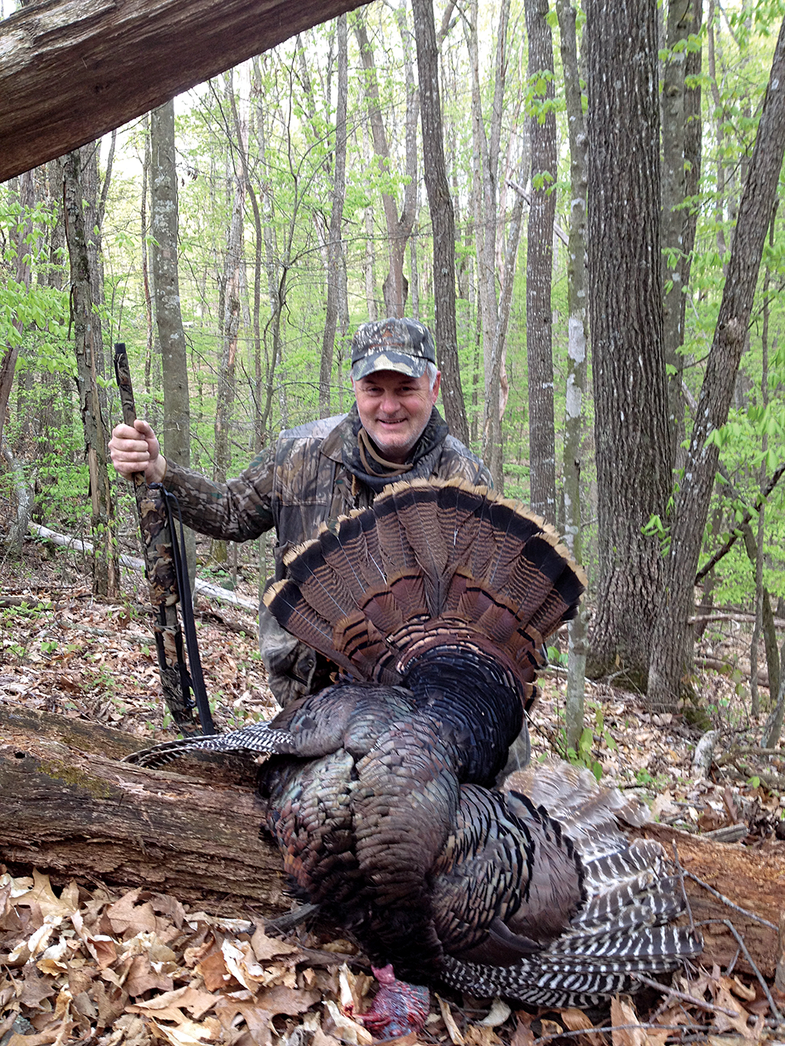 You are certifiable if you think I’m goin’ back down into that hellhole for this turkey.”

My buddy John was gasping to catch his wind, wiping a steady stream of sweat from the end of his nose. I was doing no better and was very much inclined to agree. We had just spent most of the morning making our way into a precarious “blue gorge,” as John called it, pursuing a contrarian gobbler.

The steep hollow was full of house-size boulders and more than a few rhododendron thickets. It made a wonderful place for the turkey to play what seemed to be a demented game of chess. Now, just as we tried to stagger back up the mountain and leave the gobbler’s fun house, a faint gobble drifted up from the abyss.

It has been my contention for many years now that mountain turkeys are by far the hardest to kill anywhere in the country. Specifically in the Appalachians, in West Virginia, eastern Kentucky and Tennessee, north Georgia, and western Virginia, chasing gobblers is just not easy.

First, you are dealing with the native Eastern gobbler that has been hunted in these mountains for more than two centuries—wariness has long been part of its survival strategy. Second, this turkey has a major ally—the topography. When you get out of the truck, you are generally going uphill or down; there is no level route. Any gobbler that you take in the mountains will be hard earned, but here are a few tactics that will help.

1. Start From on High
Most turkey hunters know it is best to start from an elevated listening position at gobbling time. In mountainous terrain, this is especially important. From the get-go, you will be able to hear sounds at a greater distance than if you’re standing down by the creek. Besides, working downhill and into position on a gobbling tom is far easier than heading up in the predawn. Unless you can drive to the elevation at which you need to be, there is no easy way to do this. Grit your teeth and make the uphill climb in the dark.

2. Get Mobile
Sheer mountainsides make your positioning much more important than it is when you’re hunting on flat ground. Sometimes for reasons known only to the gobbler, the turkey simply will not come to you. You have to move, and you have to do it with the utmost stealth. Use the lay of the land to your advantage. Keep a hogback ridgetop between you and the bird and you might be amazed at what you can get away with. Use a locator call to keep tabs on the turkey’s exact location, and avoid using hen calls unless you are in position with your gun up. The turkey may pop up right in front of you.

3. Listen Hard
One of the best lessons you can learn as a turkey hunter is how sound travels on different terrain. A turkey can be rattling the hardwoods with lusty gobbles, but if he is directly below you on a steep hillside, you may never hear him. Much of this mountain country is made up of small finger ridges radiating from the top or knob. Moving only a few yards to listen for gobblers can put you in the game.

4. Avoid a Vista
We all love to see a big gobbler come strutting in. In mountain country, you may not have this luxury. Ideally, your gobbler will be directly below you, over a steep drop. Get set up on a small bench or a narrow strip of somewhat level ground. Once you see the bird, he’ll already be in range. Be ready for the obligatory sprint to the bird after you shoot or you may find him flopping his way all the way down to the creek.