Want to Take Mature Bulls with a Bow? Hunt Them Like Prairie Pronghorns

Bowhunting for any elk is a serious challenge in and of itself—most anyone who’s been there and done that would... 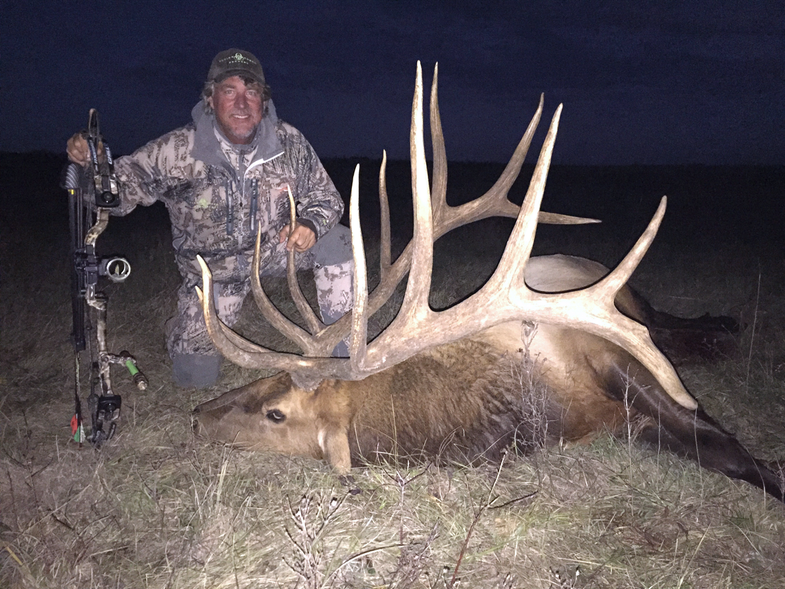 Chris Rager has arrowed about 35 bull elk over the years. Mark Melotik
SHARE

Bowhunting for any elk is a serious challenge in and of itself—most anyone who’s been there and done that would likely agree—but if your target is a true trophy bull, the game can change dramatically. Montana’s Chris Rager knows this better than most, and has been elk-obsessed for most of his life. At the heart of his unusual bowhunting success is hunting huge, dominant herd bulls more like another popular western game animal: speedy, diminutive pronghorns.

Rager’s approach centers on hunting trophy herd bulls in wide-open country, particularly in sagebrush flats where most hunters wouldn’t think to look. Rager, 51, is the current president of broadhead maker Flying Arrow Archery, and is the former owner of both Trophy Ridge archery accessories and Rocket Aeroheads broadheads. Rager’s incredible string of elk success includes some 35 bulls by bow—25 of which he estimates scored over 330 inches, including 10 that score north of 350 and two that grossed more than 400 inches.

Rager has not entered any of his elk in the Pope and Young recordbook because most all have come from leased lands. But if you think bow-bagging monster elk year after year even in the best of areas comes easily—or that you can’t learn from someone who hunts private lands—you would be sorely mistaken. Rager is one deadly elk hunter.

“I prefer to hunt in open country because I’m looking for a specific bull, and in open country I can watch what’s going on,” Rager explains. “More often than not, when I’m hunting a herd they’re very vocal and I will get on them first thing in the morning, and from there I like to hang back a bit and wait for them to stop and rest.”

Typically, Rager says, by about 9:30 to 10:30 a.m. his target herd bull and the rest of the herd will begin to bed down, which is when the unusually patient Rager will finally make his move.

“Typically once the elk lay down I figure I have about two hours to get within about 60 yards, and once I get in that close I’ll typically just park it,” Rager says. At that point he knows getting any closer to all those ears, eyes, and noses is just too risky, and he’ll wait for the elk to rise from their beds and otherwise make the next move.

“Beginning at first light in the morning a herd will typically be heading for their bedding area, and you want to stay as far away as you can, while still keeping tabs on them,” Rager advises. “Sometimes that bedding area is a couple miles away, and sometimes it’s 10 miles away. Last year, the day I killed my bull the herd ended up moving about three to four miles, and they bedded in wide-open sagebrush. I was watching from two to three miles away, and the big herd
bull just laid his head right over, completely sacked out. I could just see one of his antlers sticking up over the sagebrush. I snuck in there and shot him about 2 p.m., but most of my bulls have been shot right at high noon.”

Once Rager does get an opportunity, he typically makes the most of it. A former professional shooter, he is deadly accurate in the field. But again, he waits for the ideal opportunity to present itself. If not, he’ll back out and try again another day.

“It’s tempting to push the issue when you have a herd in sight, but it’s just too hard to get in on a traveling herd; you’re flirting with disaster,” Rager says. “I would rather spend days waiting for that perfect opportunity, and if it’s not just perfect, I will back right out. I have spent literally weeks on the same bulls, waiting for the right opportunity.”

Rager believes that during every season, there is about a 48-hour window of opportunity when the biggest herd bulls are most vulnerable, one of the tipoffs coming when he can hear those big herd bulls making their distinctive “glunking” vocalization.

“When you start hearing that glunking, they are usually in the heat of it, and when they return to their bedding areas, they’ve been rutting all night, and they will crash hard,” Rager says. “And sometimes in those cases, when you’re sneaking in and the cows see you, a bonus is sometimes they’re afraid to move, because the herd bull is going to get up and maybe gouge them.

“My best advice during these times, is to keep the wind on your chin and sun at your back, wear good camouflage, and try not to give your location away.”

Rager feels the best days of hunting for top-end bulls typically falls between September 14 and 21. “That is the mack-daddy prime time; a really good time to get them when they’re hot to trot.”

Through it all, Rager finds that hunting open country that most people do not associate with elk is the key component to his strategy.

“The bull I killed last year, people would drive right by him and apparently they never saw him, and he was in the most wide-open country you could imagine. Yes it was private land, but if people see a 400-inch bull near the road they will stop and look, but that never happened. The week before I killed him that bull was on the adjacent public land, but overall, there is a lot of opportunity on wide-open public lands. If you think about it, originally, elk were a plains animal, they like the prairies. As long as they have water and feed, they’re good out there; there is a lot of open country on public lands that doesn’t get hunted hard.”