A Beginner’s Guide to Casting Your Own Bullets 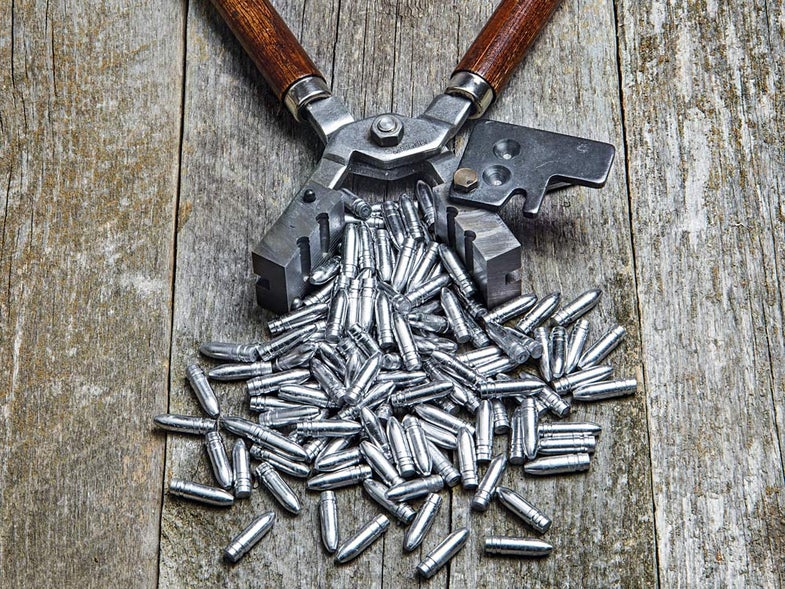 Should you cast your own bullets? Well, sure—but then again, maybe not. Handloaders of an experimental mind who shoot a variety of rifle and handgun cartridges should definitely cast their own bullets, and casting may be the only source of bullets for obsolete cartridges. And there is no sense in shooting expensive jacketed bullets at the relatively slow velocities reached by handgun cartridges and some rifle cartridges, such as the .45/70. But casting bullets is probably not a cost-efficient proposition for reloaders who shoot just a few boxes of cartridges a year. Money they would spend for casting equipment would be better put toward buying cast bullets from one of the dozens of small companies that sell them.

Equipment essential for basic bullet casting is simple. I started casting bullets for my .41 Magnum revolver by melting wheel weights in a lead pot on a Coleman camp stove and pouring the lead alloy from a dipper into an RCBS .41-210-SWC mold. A rap on the mold’s sprue plate with a hammer handle swung the plate to the side, and bullets slightly larger than .410 inch in diameter dropped from the mold. I rolled the bullets in a liquid lubricant, dried them in the sun, and then loaded them. I shot thousands of them, smug with my savings.

Over the years, I started buying more molds to cast bullets for rifle cartridges and specific bullets for handgun cartridges, as well as equipment that made casting easier and faster. A learning curve came with all that casting. The Lyman Cast Bullet Handbook was and is a great source of information on everything about cast bullets for newcomers to the hobby.

When I killed a bull elk with a 250-grain roundnose bullet fired from my .35 Whelen, there was the satisfaction that comes from a successful hunt, but nearly as much gratification came from the knowledge that I had cast that bullet for just a few pennies.

1. Consistent Weight
Don’t worry if cast bullets vary somewhat from the manufacturer’s stated weight. Uniform weight of bullets is the important measure of whether bullets are fully formed and free of internal voids. Consistent bullet-to-bullet weights will result in better accuracy and performance.

2. Heating the Mold
Wrinkles or rounded bands and bases on a bullet are usually an indication that the mold is not hot enough. Casting a few more bullets will bring it up to the correct temperature. Traces of oil in the cavities will also wrinkle bullets. To fix this, coat the cavities with smoke from a lighted wooden match.

3. Best Bullet Shape
When choosing a cast bullet for a rifle, look for one with as much of its length as possible in contact with the rifling. That usually means a bullet with a round or flat nose, which is also best for hunting, though RCBS silhouette bullets, despite having pointy tips, are good for hunting as well.

4. Using Gas Checks
A mold cavity must be cut with a rebated heel for a bullet to accept the copper cup of a gas check. Bullets shoot accurately without gas checks at speeds up to about 1,500 fps. At higher velocities, a gas check is well worth the few extra cents it costs to protect a bullet’s base.