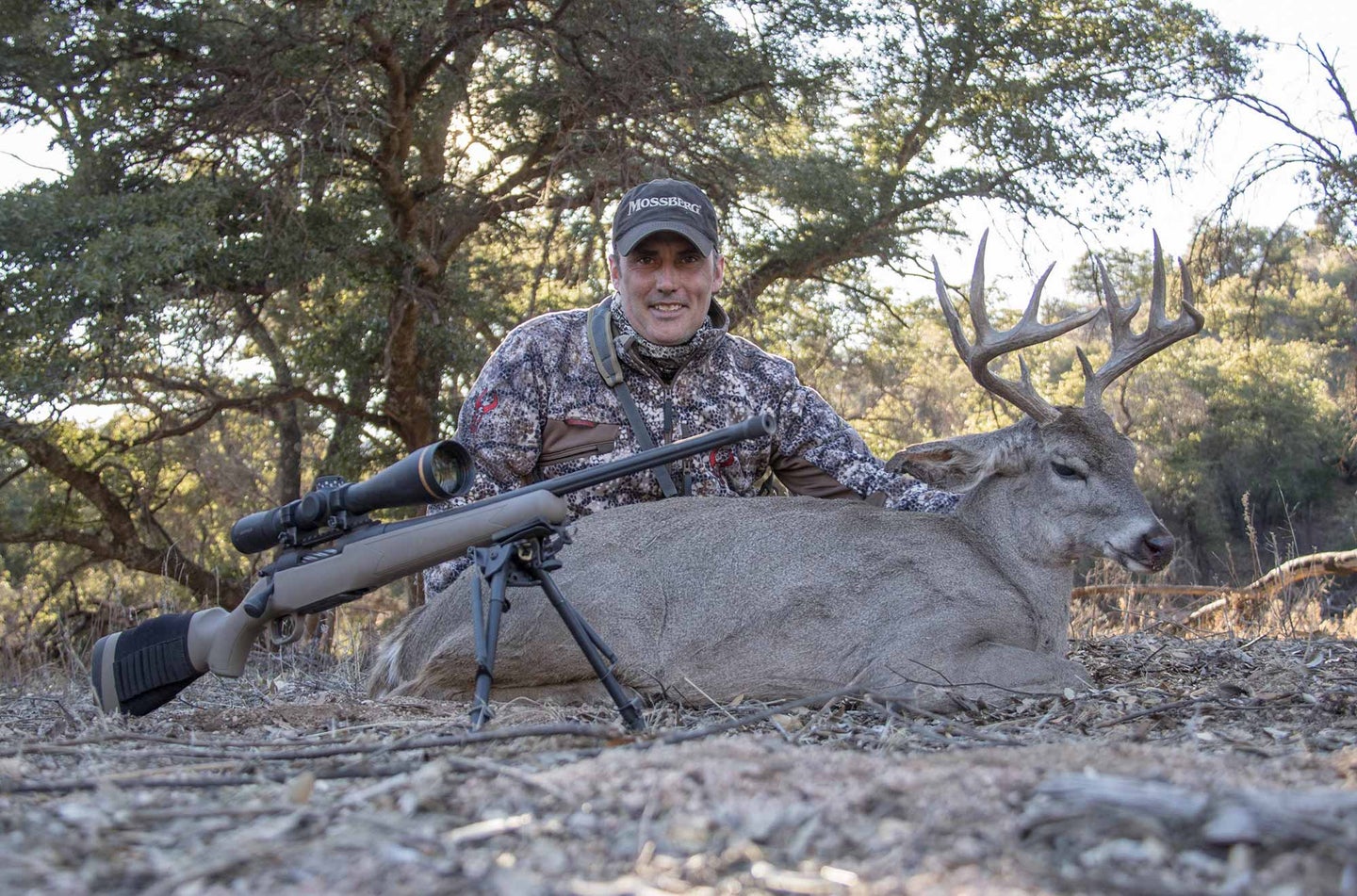 The key to killing an animal cleanly is selecting the proper bullet and accurate shot placement. Brad Fitzpatrick
SHARE

The killing of an animal is something all hunters take seriously. We all want to make those kills as quickly and ethically as possible. Part of making a clean kill shot is choosing the right bullet. But how do bullets actually work? The question may seem elementary, but understanding the details about how a bullet is designed to perform upon impact, and as it drives into the tissue of an animal, will reduce the odds of choosing the wrong bullet.

Arrows and broadheads cut through organs and blood vessels, and that damage causes the animal to expire. Bullets, by contrast, are much smaller projectiles fired at higher velocities and the wounds they cause are quite different. Bullets shed kinetic energy, but how much energy is spread depends upon the bullet’s construction and the velocity with which it strikes the target. For example, a full metal jacket may pass through an animal without creating a large wound channel or transferring substantial energy before passing through. If the shot is well-placed and strikes the brain (I’m not advocating for head shots), spinal cord, heart, or lungs that minimal transfer of kinetic energy will still be sufficient to kill the animal. However, when an expanding bullet opens, its wider nose cavity displaces water. Since most living tissue is primarily composed of water, the energy from the bullet travels through the fluid in the body, a process known as hydrostatic shock.

Bullets can cause tissue and bone damage by transferring radiating energy to the tissues surrounding the bullet cavity. This wave of energy can damage tissues and organs that weren’t directly hit by the bullet. The violent expansion seen in videos of bullets striking and passing through gel blocks demonstrates the massive energy transfer associated with hydrostatic shock. Hydrostatic shock is so important to bullet performance that Federal Ammunition even incorporates shock waves into their brand logo.

The question, then, is how do we make an animal expire quickly. The answer? Place a bullet accurately and allow it to effectively transfer shock to vital organs and vessels. Do so and game will die in short order every time.

RELATED: Why Bullet Design is More Important than Cartridge Choice

Nothing earth shattering so far, right? Put a well-constructed bullet with sufficient energy in the right place and an animal will die quickly. However, the bullet must be able to perform properly or even a perfectly-placed shot can result in lost game. You can put your bullet exactly where it needs to be and, if it fails to perform, the animal will not die quickly, if at all.

There are two primary reasons bullets fail: either the bullet blows up and doesn’t penetrate or it strikes the target at such a low velocity that it doesn’t expand properly. The former generally occurs on shots at high velocities and close range, the latter at long distances because the bullet loses velocity the further it travels. For years bullet makers have been trying to design projectiles that function at a wide range of velocities and ranges to reduce the risk of bullet failure.

One of those do-anything bullet designs is Federal’s new Terminal Ascent. It is the latest in a long line of Federal hunting projectiles that began with the Trophy Bonded Bear Claw and later evolved into the Trophy Bonded Tipped and Edge TLR. Terminal Ascent combines elements from those bullets with modern materials, technology, and design to produce a projectile that kills at varying velocities and ranges.

How does that work? The engineers at Federal fastened the Terminal Ascent bullet’s jacket to the core, the process we know as bonding. Bonding greatly reduces the odds of core/jacket separation, but the secret sauce that makes bonded bullets work is finding the right jacket thickness. A jacket that is too thick impedes expansion at low velocities and limits energy transfer. Conversely, a thin jacket won’t hold up at very high velocities when taking close-range shots. Terminal Ascent jackets widen from the tip toward the base offering consistent expansion across the velocity spectrum, and behind its lead core is a solid copper base to further prevent overexpansion and encourage straight-line penetration.

Producing a bullet that holds up well at high velocities is nothing particularly revolutionary, but Terminal Ascent has a hollow core and jacket skiving that initiates expansion on impact down to 1,400 feet per second, or roughly the equivalent velocity of a .308-caliber, 200-grain bullet at 1,200 yards. Terminal Ascent bullets come topped with Federal’s new Slipstream heat-resistant, hollow polymer tip that allows it to open at lower velocities than traditional solid core polymer tip bullets. When the bullet strikes and the tip breaks up, fluid from the animal’s body rushes into the bullet cavity and initiates expansion.

Terminal Ascent provides a glimpse at the future of hunting bullet design. Perhaps most importantly, Federal manages to provide this all-range, all velocity versatility from a high-BC bullet. The nickel-plated Terminal Ascent bullet features a boat tail design and two AccuChannel grooves cut into the bullet’s shank to reduce fouling, producing consistent velocities. The .264 caliber 130-grain bullet has a G7 ballistic coefficient of .263, while the 200-grain .308 version has a G7 ballistic coefficient of .304. With Federal’s Gold Medal primers and specially formulated propellant, Terminal Ascent bullets have all the right components for accuracy.

To prove the validity of bullet performance, I tested Federal’s new bullet on Coues deer hunt in Sonora, Mexico. I chose Terminal Ascent ammo for my Mossberg 6.5 Creedmoor rifle because of the nature of the country and the game. Coues deer are not a hardy animal and a high-velocity bullet at closer range could do excessive damage to the meat. However, odds were good that any opportunity I got would demand a shot of a quarter-mile or more.

Turns out my shot was somewhere in the middle. I found a buck bedded on a ridge 200 yards away and at the sound of the shot the deer tumbled a few feet and lay still. The Terminal Ascent bullet entered just behind the shoulder and expanded to roughly twice the original diameter (based on the .4-inch exit wound) before passing through into the hillside. I never recovered that bullet, but I didn’t need to. The result of the shot was an animal that expired in seconds—just the type of performance you want from your hunting bullet at any distance.