The best bullets for hunting everything from antelope to buffalo 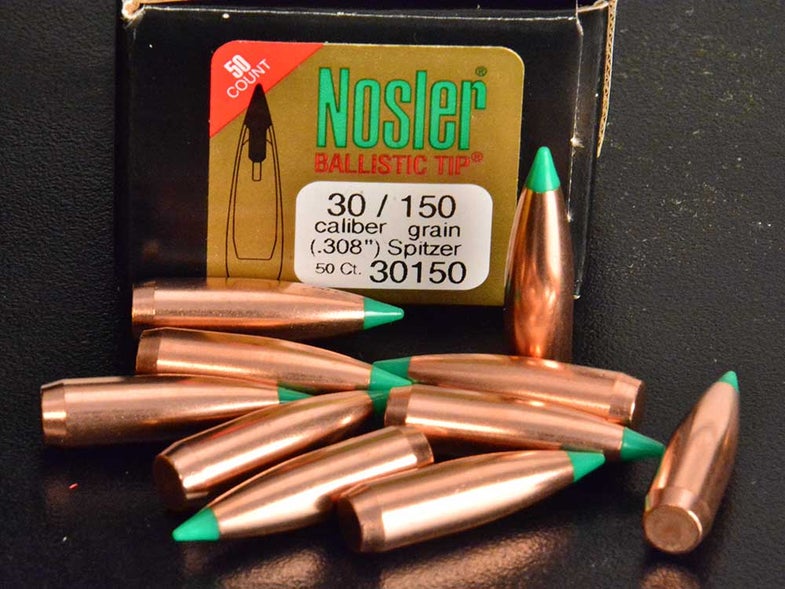 When you are hunting there is only one physical connection to the animal you’re trying to tag, and that is the bullet. Once the shot is fired, everything rides on how well that bullet does its job. You might have years of planning, thousands of dollars and your life’s dream resting on that one bullet. Or it may just be venison for the winter. It doesn’t matter. It makes no sense to skimp and use cheap bullets. A buck or two more can mean the difference between dreams rewarded or bitter disappointment. Big-game bullets are not all created equal and the term “big game” encompasses antelope to elephants, so it’s a lot of ground to cover.

Here are my top ten picks for hunting big game.

I have used Barnes Triple Shock bullets on game from coyotes to Cape buffalo and they have never let me down. I am a strong believer in two holes in everything I shoot — entry and exit. I want the bullet to exit with plenty of energy so that it is creating havoc all the way to that exit. When using Barnes bullets and an adequate cartridge I usually achieve that goal. I have trusted this, the original all copper bullet, with some of my most important hunts. Brown bear to Dall sheep, when I need perfection, I choose this bullet.

I might note too that when I am testing handloads for a new cartridge, this is almost without fail the most accurate hunting bullet I test. Sometimes it’s the most accurate bullet period, beating even the match bullets. The key is in finding the sweet-spot in seating depth.

In 1946 John Nosler shot a Canadian moose with a .300 H&H Magnum and the bullet broke up on the mud caked hide, failing to penetrate. This set him on a crusade to create a better bullet. He came up with the concept of a dual core bullet with the front and rear cores separated by a “partition” of jacket material. The front core could mushroom and expand while the rear core would stay intact to keep the bullet penetrating.

Nosler made the first bullets on a lathe and by 1948 his “hobby” was becoming too expensive, so he started selling bullets. With that, the Nosler Company was born. The Partition has undergone many refinements over the years, but the basic design concept has remained unchanged. The Nosler Partition bullet has likely taken every species of big game that is hunted and it’s still trusted by millions of hunters. Not too shabby for a “1946” design.

The Trophy Bonded Bearclaw bullet had a reputation as one of the best bullets on the market for very big game. When Federal bought the rights to the bullet they decided to update the aging concept and to make this an all-around big game bullet. This bullet uses a bonded lead core with a solid copper shank driving it. The tipped version has a front section engineered to expand easily and then stop or control the expansion at a certain point. I used a prototype of this bullet to take a mountain goat many years back. Since then I have shot a huge amount of game with the Trophy Bonded Tip and have always been pleased with the results. I have been shooting the 165-grain in my favorite .30-06 pump action deer rifle for a long time and on a lot of deer. I trust it completely.

Think a Nosler Partition with a bonded front core. There are some other differences, but that’s the concept. The front core expands, but holds together due to the bonding. The result is a large frontal section driving through the critter with a massive wound channel and excellent penetration.

This bullet is one of only two that could handle the high velocity of my .358 UMT wildcat. The Barnes Triple Shock was the other. The Swift A-Frame is an outstanding big game bullet for any hunting and I have used it on game ranging from deer to Cape buffalo with equally good results. It can also be very accurate. In my .358 UMT it will shoot ½ MOA.

This is a unique bullet, as the jacket is plated onto the lead core using much the same process that is used to chrome plate a trailer hitch ball. The result is a bonded core bullet with very precise control over jacket thickness which means control over the terminal performance.

The first critter I shot with a Fusion bullet was a huge black bear. I was using the .338 Federal cartridge and it was a one shot kill. That set the standard for dozens of critters since with multiple cartridges. The Fusion bullet has always performed with boring predictability.

This bullet is very accurate and is very forgiving of old or worn rifle bores. The 95-grain Fusion bullet in .243 Winchester has accounted for a bunch of deer on our youth hunts and I have come to think it might be the best deer load in that cartridge.

Hunters using big bore revolvers and straight walled lever action cartridges have long understood the importance of a non-expanding, flat-nose bullet. Usually they use a hard cast lead alloy bullet, but cast bullets have a unique set of technical problems that many don’t want to bother with. The Barnes Buster is a jacketed version of the cast bullet concept.

The Barnes Buster bullet provides the same deep penetration and bone busting power as a hard cast bullet. With these big bore cartridges there is already large bullet diameter. Often what’s lacking with expanding bullets is penetration, but when penetration and power are what’s needed, this bullet works. No matter if you are hunting elk with your .454 Casull handgun or stopping an angry brown bear with a .45-70 lever action carbine, this bullet will penetrate deep and smash through anything in its path.

Hornady engineers did some Doppler radar testing and concluded that the plastic tips on many of the bullets they tested were melting off in flight, causing erratic behavior with the bullets. While their competition disputes this claim, there is no doubt that the bullet Hornady developed as a result has some very interesting long range features.

While there is some argument if other plastic tips were melting, it is certain that this one does not and it stays intact and holds its shape for the entire journey to the target. That results in a very consistent ballistic coefficient, which is important to long range accuracy. The ELD-X is also designed with a very high ballistic coefficient so it holds velocity better for long range shooting.

The bullet is designed to expand well, even at long range impacts and to hold together at more conventional distances for deep penetration with big expansion.

This one is pretty new and to be honest I have not shot any critters with it yet, but I have shot a bunch of them at targets including some pretty long range stuff and it’s outstandingly accurate. If you are interested in long range hunting, this bullet is aimed at you. (Pun intended.)

The GameKing is old school and it’s been around long before plastic tips and bonded cores. If you are a hunter who values accuracy, this is probably your bullet. The GameKing has a reputation as likely the most accurate hunting bullet on the market. It’s a “soft” bullet best suited, in my never humble opinion, to deer size game. But, having said that, I know hunters who swear by it for elk and other big stuff. It’s a fast expanding bullet that tears up everything in its path. It’s been around for a long time and the hunters I know who use the GameKing are fiercely loyal.

There are a segment of hunters who believe in a fast expanding bullet that dumps all the energy in the critter. This bullet is the epitome of that concept.

The Ballistic Tip was the first plastic tipped bullet and so it set the rules for long range ballistics. The plastic tip solved the problem of bullet tip deformation and the resulting vertical stringing at long range. It’s very accurate and can be extremely deadly. When it’s placed in the boiler room of a deer the result is often spectacular. I love this bullet when hunting over southern greenfields where the shots can be long. It simply turns off the switches and the deer fall in a puddle.

This is the bullet I used to take the best whitetail of my life (so far).

One of the first things I killed with this bullet was indeed an Oryx. It was a long shot made from high up on a kopje in Namibia. I have also used Oryx bullets to take a mountain zebra and a blue wildebeest on that same trip. A few years back I used the 250-grain Oryx bullet in a .358 Norma to take a moose in Sweden and I have shot a truck load of European boar with the bullet from various cartridges. I have also shot a bunch of whitetails with the Oryx; it is an extremely versatile bullet.