How to Choose The Right Hunting Bullet

Why you should never overthink ballistic coefficient 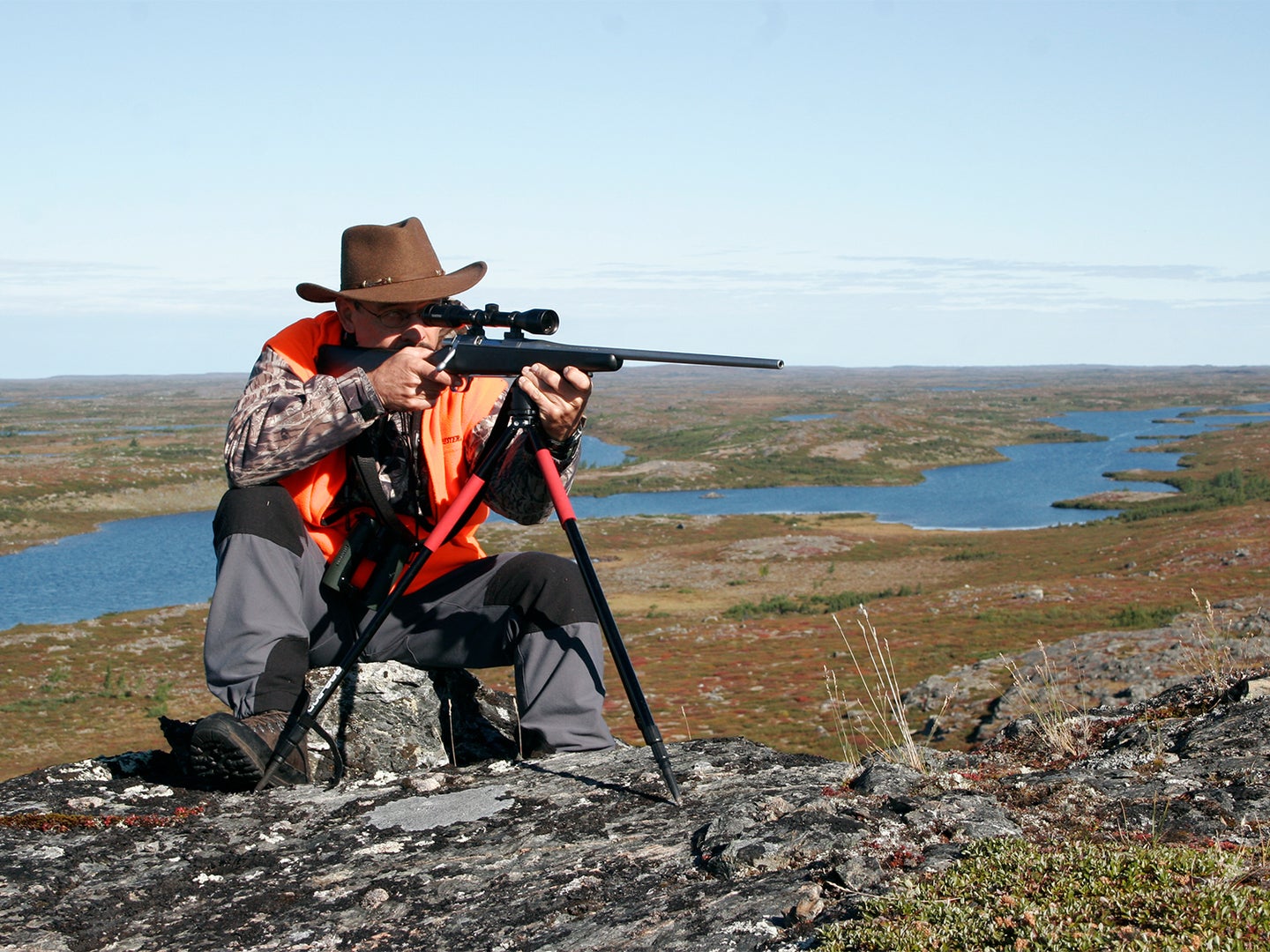 Even when hunting big, open country like this caribou tundra, an effective hunter can usually stalk close enough to make high B.C. bullets irrelevant. But if they are constructed for good terminal performance, using them provides a nice fudge factor against wind deflection and poor range estimation. Ron Spomer
SHARE

The B.C. (Ballistic Coefficient) question seems to have displaced “what caliber are you shooting” as the most common if inconsequential question a hunter could ask. The “caliber” question should really be “what cartridge are you shooting?” And the B.C. question hardly matters over the distances at which most North American big game animals are shot.

Fifty years ago, when hunters argued over which cartridge was best, they focused on muzzle velocity. The .30-06 Springfield was better than the .30-30 because it spit the same .308-inch bullets 400 to 500 fps (feet per second) faster. And the .300 Win. Mag. was better than the .30-06 because it bested that venerable round by another 300 fps. It was the era of muzzle velocity and may the biggest magnum win.

And then shooters got smart. Somewhere along the line someone figured out that if a race car could go faster when built low and slim and slippery, so could a bullet. And sure enough, just as the military had discovered in the late 1800s that an elongated bullet shot flatter than a round ball at the same MV (muzzle velocity), late 20th century shooters tumbled to the reality of long, slim, sharply tipped and boat-tailed bullets also shot flatter. Much flatter. With much less wind deflection and much more retained energy. And it works like this…

Projectiles in motion are acted upon by two forces—gravity and atmosphere. Gravity pulls constantly at 32 fps. Atmosphere drags all bullets, but at varying degrees based on its density and the diameter, shape, and mass of the projectile pushing through it. The sleeker and more dense the bullet, the less it drags and the farther it flies in any atmosphere before gravity pulls it to ground.

Anyone can quickly appreciate this by remembering what it’s like to pedal a bicycle into a headwind. You don’t sit up taller to go faster. You crouch over the handle bars and pull in your elbows to minimize your body’s exposure to headwinds. Form matters.

While bullets seem ridiculously narrow and small compared to a bicyclist, they, too, are slowed by atmospheric drag. In fact, at common cartridge muzzle velocities, drag is a real drag, man. Like, bummer. Double bummer if bullets wear a blunt nose and base.

During the waning years of the 20th century, the increased application of long-range snipers in warfare really highlighted all this. Target shooters picked up on it too, and bullet designers responded by continually improving B.C. by extending bullet noses, minimizing full diameter surface area, and hiding as much shank as possible in long, sloping boat tails.

To appreciate how much this matters at 1,000 yards, consider the following two ballistic charts. Both show the downrange drop and drift of 220-grain, .308-inch bullets launched at the same muzzle velocity of 2,750 fps. The only difference is that one is a traditional, flat-base spire point Nosler Partition rated .351 B.C. The other is a sleek Nosler Custom Competition rated .690 B.C.

Note the numbers in inches under the first Elevation column on the bottom (1000 yards) line. While the Partition bullet with the relatively low B.C. rating of .351 has fallen 457.8 inches, the higher B.C. Custom Competition bullet has dropped just 266.6 inches. That’s a full 181.2 inches of difference. Stated another way, the lower B.C. bullet at the same MV has plummeted 15.9 feet more than the higher B.C. bullet.

If those numbers don’t arrest your attention, check the wind deflection column in inches (5th from the left.) The higher B.C. bullet has deflected 88 fewer inches than the lower B.C. bullet.

Finally, compare the 1000-yard energy columns of both. While the high B.C. bullet is still hanging on to a respectable 1,259 foot-pounds of kinetic energy, the lower B.C. Partition slug is limping along with a mere 492 foot-pounds.

At 1,000 yards Ballistic Coefficient matters. But how many pronghorns, elk, and sheep have you engaged at 1,000 yards? Or even 500 yards? Despite current hoopla over extreme range shooting, most hunters pride themselves on stalking inside of 500 yards, more often 400 and even 300 yards of most game. Failing to do so shows lack of initiative more than skill. More often it reflects the habitat and terrain where the vast majority of us hunt. In most whitetail country you couldn’t get a 500-yard shot if you tried to. Even if the vegetation and terrain allowed it, property boundaries probably would not.

With those realities in mind, why don’t we take a fresh look at our trajectory charts for a more realistic appraisal of the value of high B.C. bullets. We’ll skip the 100 and 200-yard data and jump right to the 300-yard numbers. That’s an extremely long shot for most hunters, most of whom will never attempt it. But if they did, they’d be reassured to realize that the drop of the low B.C. Partition bullet is but .86-inches more than that of the high B.C. Custom Competition bullet. Less than one inch! Most guns and virtually all shooters can’t hold one-inch consistency at 300 yards.

Wind deflection differences are a bit more significant, the higher B.C. projectile enjoying a 5-inch advantage. That could spell the difference between lung and gun shot, but a modicum of observation, understanding, and application of deflection numbers could easily compensate for this.

As for retained energy differences, forget about it. The 2,000 f-p the low B.C. Partition carries is more than sufficient for anything less durable than a titanium-shelled UFO over Area 51.

What, then, to make of this B.C. mania? Should we try to purchase the highest B.C. bullets for our cartridges just to hedge our bets? Better safe than sorry, just in case?

I don’t think so. The downsides to highest B.C. can be several and significant.

So how do you select the perfect hunting bullet? Balance the tried-and-true with reasonable B.C. matched to the distances at which you’ll likely shoot. And base this on an honest assessment of your ability to put bullet on target under field condition every time. It’s one thing to shoot an MOA group at 800- to 1,000 yards from a bench after a few sighting rounds. It’s quite another to hit a 10-inch circle from a sitting position on a 20-degree slope with a swirling wind at 25-degrees F. while sucking air after a stiff climb on the last hour of your hunt with the biggest spread of antlers you’ve ever seen in your life blurting your vision. Buck fever tends to make a mockery of hyper-accurate, high B.C. bullets.

Yes, a good hunting bullet should have the expansion and penetration qualities your quarry requires. And it should be consistent enough to land within your target zone every time you do your part. If you can get these qualities with a high B.C., that doesn’t hurt either. Efficiency is a useful thing. It’s just not the only thing.