Are Whitetails Headed for Alaska?

It’s no secret whitetails have been expanding their range for the last few decades. But just how far north can... 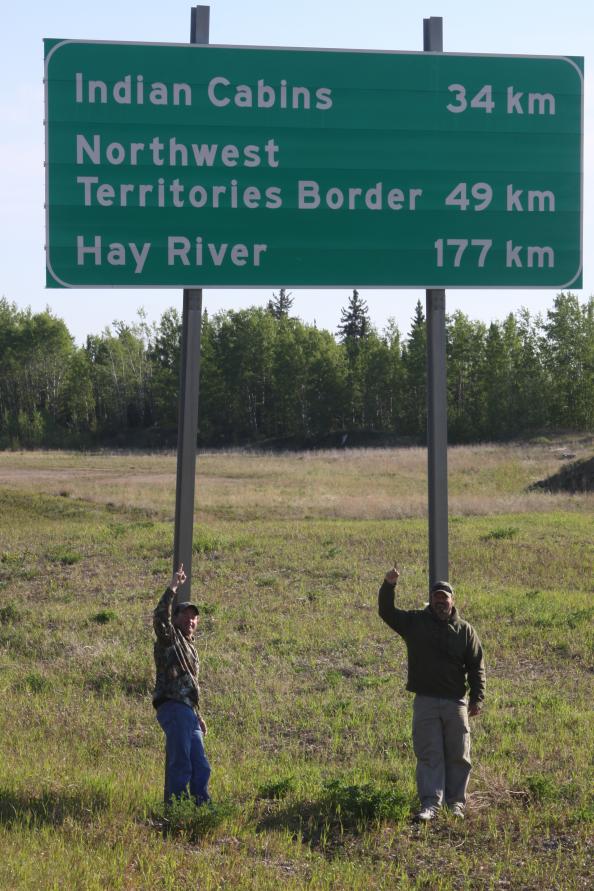 It’s no secret whitetails have been expanding their range for the last few decades. But just how far north can whitetails go? I’m fresh in from a bear hunt with True North Outfitters in northern Alberta right along the border with the Northwest Territories and surprisingly, I spotted whitetails along our entire route north.

Scanning through some of my older deer biology books the whitetail distribution map for the Dakota subspecies of whitetail shows a line stopping somewhere in the vicinity of Peace River, Alberta.

If you’re a follower of Canadian whitetail hunting you know that the Peace River area (the purple marker on the map below) is a haven for giant whitetails and mule deer alike. But the whitetail sightings didn’t stop there on our trip. In fact, we spotted whitetails along the roadside greenway all the way to Meander River along Canada Highway 35.

Our jumping off point was Steen River, Alberta (the red marker on the map below), a small firefighting camp notched out of the dense brush and timber common in the northern tier of the province. Gas and oil exploration in the area has carved out roads and small green areas where crews have placed wells and pipelines. While scouting for moose in one of these remote areas Downing and others discovered a whitetail doe living in the vicinity of a well site using the green zone for its living quarters. This area is less than 31 miles from the Northwest Territories border.

While researching an article on whitetail range expansion I interviewed renowned wildlife biologist Valerius Geist. He linked the rapid northerly expansion of whitetails directly to the greenways being cut north throughout the Canadian provinces. In fact, he predicted the arrival of whitetails in Alaska in the near future due to this greenway process extending north to the last frontier.

Throughout the hunt I scanned for signs of whitetails in the bush, but it was obvious the greenways near the highway and the energy corridors were key to whitetail survival. I have no doubt the brutal winters also influence further northerly expansion. How far will the whitetails push north? Mother Nature will have a lot to say about that zip code change, but the greenway path is definitely there if they decide to make the trip.