Whitetail deer is the most popular big game species in North America and while we may think we know a... 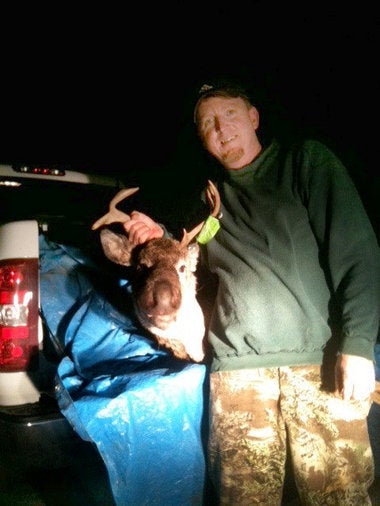 Whitetail deer is the most popular big game species in North America and while we may think we know a lot about whitetails, we still have a lot to learn about these magnificent creatures.

Recently the Kalamazoo Gazette reported that Cass County Michigan hunter Dale Wallace took an unusual whitetail deer. The buck had a slightly abnormal rack, but what really stood out was the deer’s face, which was strangely swollen.

It turns out Dale’s deer isn’t the only one that’s been reported with a swollen face and hunters in other Eastern states were reporting whitetails in similar conditions. Dale is submitting the head of the deer to a group of scientists in Georgia who are studying this abnormality and looking to find the root of its cause.

Michigan Department of Natural Resources employee Thomas Cooley, a Wildlife Disease technician, says the only consistent finding in these deer so far is the presence of a demodectic mange mite.

University of Georgia scientist Kevin Keel believes it could be a chronic bacterial infection due to the accumulation of connective tissue underneath the skin that is induced by inflammatory cells.

With the condition being quite rare it’s unknown whether the scientists will be able to figure out exactly what’s going on with these deer.

Testing is expected to take several weeks at which point the University of Georgia and Michigan DNR will compare their findings and hopefully have enough information to give wildlife biologists a better understanding of this odd condition.