Trail cameras have come a long way since the 1880s, when George Shiras III attached trip wires to bulky cameras... 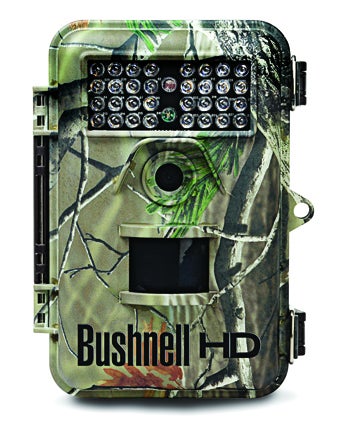 Trail cameras have come a long way since the 1880s, when George Shiras III attached trip wires to bulky cameras to photograph wildlife in Michigan’s Upper Peninsula. Shiras even captured night images with magnesium-powered illumination, which scared the bejeebers out of animals when the flash went off.

Instead of trip wires, today’s cameras use passive infrared (PIR) sensors with multiple detection zones to measure changes in infrared energy (or heat emitted by warm-blooded animals). As animals move in front of the camera, they cross from one zone to another, enabling the Fresnel lens (the black or dark gray window on the face on the unit) to detect movement and trigger the shutter.

The downfall of PIR sensors is that they are sensitive to significant temperature changes, like when a storm rolls in during a hot day. But some camera manufacturers have an answer to that problem.

“This year we added automatic PIR to our Trophy Cam series, which ensures you’ll get images of animals regardless of temperature,” explains Darin Stephens, trail camera line manager for Bushnell. This sensor automatically adjusts for weather-related variations in temperature.

Let’s look at some other trail camera technologies and how they benefit hunters.
**
Time-Lapse Mode**
Using the same computer programming that time-stamps photos, many modern cameras offer a time-lapse mode to capture images at regular intervals. The new Bushnell Trophy Cam HD will take time-lapse and motion-activated images simultaneously. The feature allows users to program two windows of time-lapse capture (such as dawn and dusk) to take photos at preset intervals (e.g., every 15 minutes), while also capturing live trigger images. “If your camera is set to take a photo every 10 minutes, but a buck walks in front of it after five minutes, most cameras won’t capture its image. Ours does,” says Stephens.

Remote Access
Moultrie was one of the first manufacturers to give users remote access to their photos, which are transmitted by an existing cellular service to a website. Others, like Reconyx, have eliminated the extra step of going to a website to download photos. “Our cell-enabled version of our Hyperfire sends thumbnails directly to your mobile phone or e-mail address,” says Jamie Ratajczek, VP of sales and marketing at Reconyx. “It’s the same as taking a photo with your phone and sending it to someone.” The primary limitation of this technology is that if the trail camera is in an area without wireless reception, photos won’t transmit.

Image Management and Mapping
Many cameras also come with software programs that organize photos and even help track animal movements. For example, Buckview Advanced by Reconyx enables users to tag and organize photos of specific animals, while Mapview Professional automatically embeds a geotag on each image and displays photos on Google Maps. Users need only program the GPS coordinates into each camera, and they can even add markers and drawings to track animals as they move from one camera location to another.

Black Flash
Most manufacturers offer cameras that use infrared (IR) flash technology to take night photos. At about 850 nanometers (nm) long, IR light waves can be detected by humans and big-game animals, which is why you sometimes see a slight red glow if you look directly at the camera’s light-emitting diodes (LEDs) at night.

Companies such as Bushnell, Moultrie, and Reconyx are rolling out new black flash technology, or covert IR illumination that’s 940nm and longer, making the light undetectable to both humans and animals.

“If you’re using your camera in an area where you’re concerned about theft or for security, black LEDs help make the camera undetectable,” says Moultrie marketing manager Beth Lauderdale. “The trade-off is that black flash doesn’t produce images that are as crisp and clear as those taken by cameras using IR flash.”