I just finished writing up a trail camera test that is set to run in the September issue. For the... 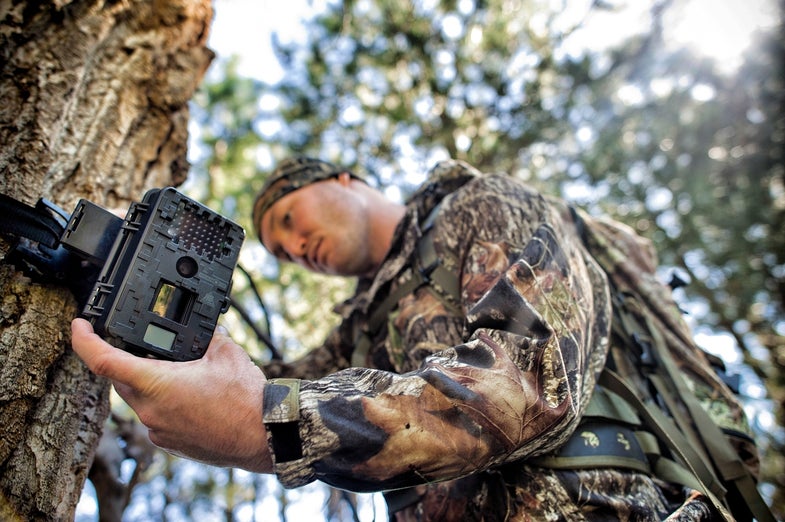 I just finished writing up a trail camera test that is set to run in the September issue. For the test, we partnered with Trail Camera Pro, a team that tests and sells cameras on its website.

TCP has the most advanced and thorough testing protocol in the industry (in fact, several trail cam companies consult TCP on how to design better cameras). Since TCP warranties the cameras it sells, it’s critical for them to sell the best cams to their customers, or their bottom line suffers.

I say all that to say this: these dudes know trail cameras. I learned a lot by just hanging out with them during their test and asking questions.

One of my big takeaways is that many everyday hunters get tripped up on the basic details when buying a camera. Here’s a common one: What type of flash is best? So, let’s break that down.

There are three main types of flash available in trail cameras: white flash, low glow (red glow), and no glow. Each has it’s own strengths and weaknesses.

These cameras flash a white light when triggered at night. It’s the same effect as setting off a DSLR camera flash in the dark. The flash illuminates the image, but it will also scare game most of the time. Rich Howell, owner of TCP, says white flash cameras are often used by researchers who want to see specific markings on an animal (like a rare wild cat for example), but these cams aren’t the best option for most deer hunters.

Call ’em red-glow or low-glow cameras, but they do the same thing. According to TCP: “Red glow IR cameras produce a visible red glow from the infrared emitters when they take a picture or video at night. The red glow is typically faint, but can be seen when looking directly at the camera.” These cameras typically take superior night images compared to the no-glow cams (there are exceptions, more on that in a minute). Howell says that red-glow cams rarely spook deer when positioned properly. For most deer hunters, these are your go-to cams.

These cams are usually designated with “blackout,” “dark ops,” or similar branding. According to TCP: “No Glow IR cameras simply do not display light when taking a picture at night.” The problem is, these cameras generally do not take strong nighttime pictures compared to their red-glow counterparts. Compare the photo above, with its low-glow version. See how you can barely make out the deer in the very back, center of the frame? In the low-glow version of this photo, you can make out that it’s a buck looking back over his shoulder.

One of the exceptions to this rule, which we saw during the test, was the Reconyx no-glow cams. They shot great nighttime photos compared to the rest of the no-glow field.

One advantage of the no-glow cameras: other hunters won’t see a flash when they walk by your cam. So, if you hunt in a place where you’re worried about other guys seeing (and stealing your camera), no-glow should be your pick.

Stay tuned on the BBZ blog for more details from the trail cam test, and make sure to check out the upcoming September issue of Outdoor Life.