Save Your Wild Game Meat: How to Prevent—and Recover from—Freezer Failure

Bloody hell. That was what I experienced at 4 a.m. in late December while gearing up for a wintertime turkey... 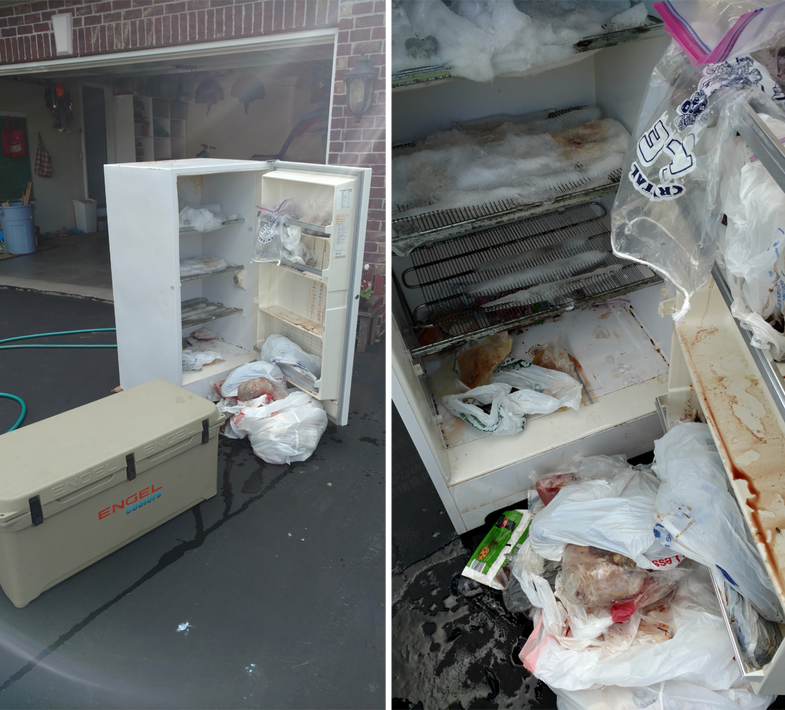 Bloody hell. That was what I experienced at 4 a.m. in late December while gearing up for a wintertime turkey hunt. As I pulled on my camo pants, I looked down and noticed a subtle rivulet of red liquid on the concrete basement floor. At first I was perplexed, thinking it was coming from beneath the furnace, but then my tired brain shockingly registered the reality: The red liquid was blood, and it was leaking out of my upright freezer full of wild game. I salvaged what I could, but 50 pounds of hard-earned meat had passed the point of no return. Devastating.

If you’ve ever faced a freezer tragedy—especially if it has involved losing your cherished supply of wild protein—then you know exactly how sickening it is. This time, I’m vowing to never allow it to happen again, and you should take the pledge with me.

Here are some tips for avoiding freezer failure—along with some advice for coping with this dire situation should it happen anyway.

Freezer Facts vs. Folklore
First thing’s first: It’s important to understand how a freezer works. I called Mark at the Appliance Experts (http://www.applianceexpertsmn.com/) to ask some basic questions and get cold-hard freezer facts.

First, realize there are two primary types of freezers:

1. Non-self-defrosting: must be shut down and manually defrosted once in a while.

2. Frost-free: shuts down automatically 2-3 times per day for 20 minutes to self defrost. These are almost exclusively upright freezers

Food will last longer in a chest freezer because it maintains a more stable frozen temperature than an upright freezer. (Note: An upright will have a fan motor if it’s self-defrosting, which you should be able to hear when you open its door.)

Touch the condenser and/or the compressor and it will be warm or hot to the touch even if the ambient temperature is high. This is because freezers don’t “get cold”—instead, they function by pulling heat out of the cabinet.

Is it possible to overload a freezer?
You can’t overload a freezer…unless the packages inside are forcing the door open. You’re actually better off with a full freezer because it won’t need to work as hard to stay frozen. If your freezer has a lot of vacancy, Mark recommends filling plastic containers with water to take up space.

How does ambient temperature affect freezer performance?
Freezers function optimally in an ambient temperature of roughly 50-90 degrees. If you have a freezer in an unheated garage during the wintertime and temperatures get below 10 degrees, it probably won’t work properly. On the flip side, realize if the ambient temperature is too high, the freezer will need to work harder as the inside fights to achieve thermal equilibrium with the outside air.

Can you plug in a freezer immediately after moving it?
It depends on the type of freezer, but the bottom line is you can plug in a freezer right away if its natural orientation hasn’t been disrupted. Example: If you tipped an upright freezer on its side, you should let it stand in its normal (upright) position for 24 hours before plugging it in. This is because there’s oil in the compressor that needs to re-settle.

Dedicated power source?
A freezer should be on an individual circuit that’s no less than 15 amps. You should also use a surge protector just in case of a lightning strike or other surge.

As I’ve learned the hard way, it’s absolutely critical to use a digital thermometer system with an alarm feature to keep tabs on your freezer. After my first freezer outage, I purchased a basic and inexpensive unit with an audible alarm that would trigger if the internal temp of the freezer went above a certain level. However, unless someone is always home and within earshot of the freezer/alarm, this is virtually pointless. If you’re serious about protecting your stash of meat, then get serious about its security by purchasing a wireless temperature monitoring system.

After thorough research online, I just bought a wireless temperature monitoring system from La Crosse Technology on Amazon for $30. The key feature of this unit is that it can be programmed to send text and/or e-mail alerts, so you’ll never need to worry about coming home to a bloody mess. Be sure to identify a couple of local friends or family members who can access your home and help you if things go awry with your freezer when you’re out of town.

You might also want to consider purchasing a gas-powered generator to lean on in the event of a major power outage. Meat might stay frozen for a couple of days if you keep the freezer door shut, but you’re much better off with a generator on hand.

Additionally, the possibility of a freezer burning out is another good reason to vacuum seal all your meat. If the contents of your freezer partially or fully thaw, you’ll be in for a serious mess if juices are on the loose.

Dealing With an Unexpected Thaw
In the case of my second freezer failure, it was located in a garage with very high ambient temps. It was also sharing a power strip with a second freezer, so I was breaking multiple rules. According to Mark, this instance of failure was probably a result of the freezers drawing too many amps from the circuit, which likely tripped the breaker on the power strip. The two freezers operated on the same circuit without any problems for months, but only recently were they forced to work overtime during Minnesota’s peak summer temps. It’s also possible the compressor gave out, as they’re built with overload relays that are designed to shut down if they get too hot.

What can you do if your freezer full of wild game goes kaput? Here are five tips to help you deal with the aftermath:

1. Check the temperature
Harmful bacteria will begin to multiply at temp above 40 degrees. If the meat in question feels cool to the touch, it’s probably still safe to eat or re-freeze. When in doubt, verify the surface temp of the meat with a thermometer; if the surface is 40 or less, you know the internal temp is also safe.

2. Re-freeze the meat
If the meat didn’t venture above the temperature danger zone, then it’s perfectly fine to re-freeze. The only thing you might sacrifice is flavor and moisture. 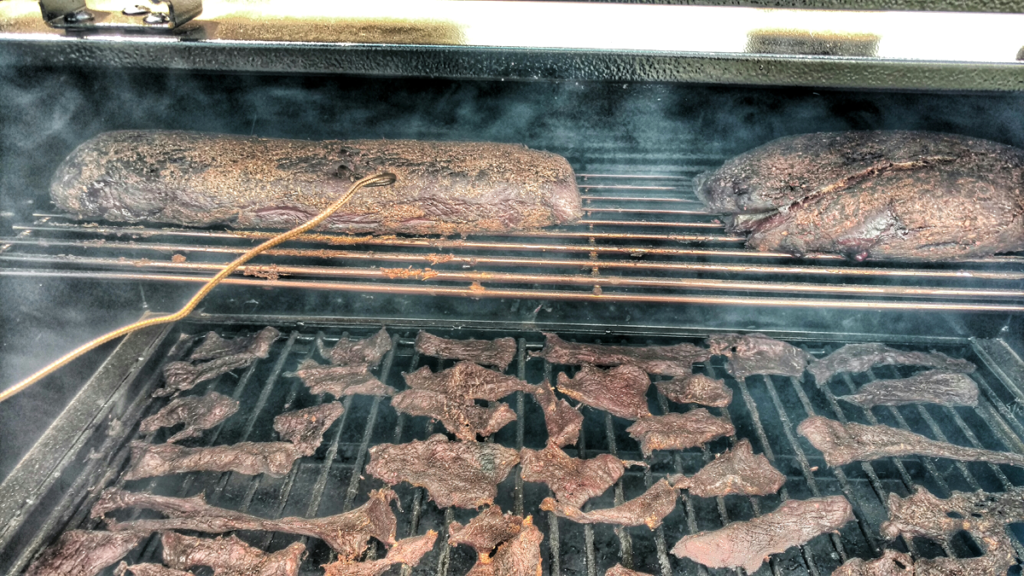 Making use of thawed meat.

3. Start cooking
As much as it sucks to lose your long-term supply of meat, after an unexpected thaw you can always go on a major cooking mission. Jerky, sausage, plain ground hamburger, sliced lunch meat, soup or chili, and make-ahead meatballs are all great options because you can knock out massive batches rather quickly and freeze the processed, finished products for months of enjoyment.

4. Give it away
Make a few phone calls or blast social media with a “free meat” message. You might be surprised how many folks are willing to pick up a free supply of meat on a whim.

5. Throw it away
When meat goes past the point of no return, it’s not worth risking your health to salvage your pride. While discarding your priceless supply is a last resort, consider it a lesson learned and move on. If tossing it in the trashcan is too much guilt to stomach, consider using it as bait to kill some varmints or predators.

Is there any bright side? Well…a vacancy in your freezer is good reason to get back out there and hunt to refill it.