Fall is late in most areas of the South, and procrastinators have lagged behind in their food plot plantings. There’s... 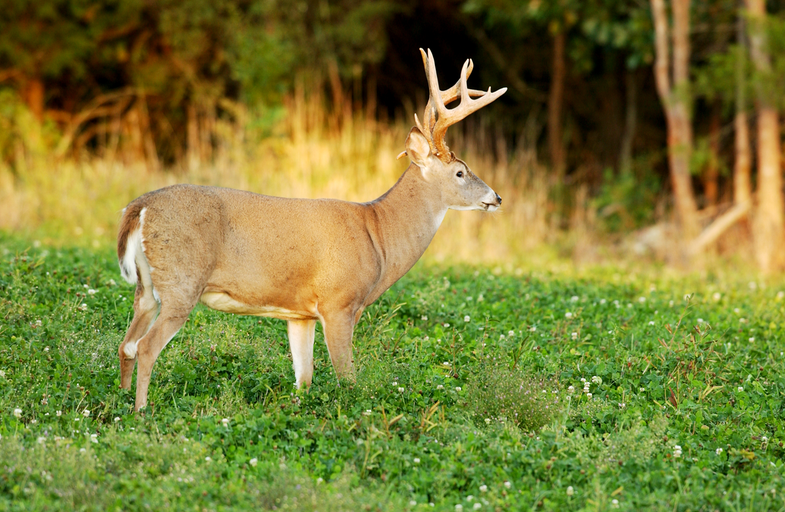 Fall is late in most areas of the South, and procrastinators have lagged behind in their food plot plantings. There’s still time. In fact, some seed blends can wait until early October to go in the ground. If you’re a bowhunter who hasn’t considered planting food plots where you hunt, give it some more thought. It doesn’t take much time or trouble to develop a few small plots that can pay big dividends later on in the season.

In the South, on large plots that are more fields than anything else, the traditional winter mix is rye, wheat, and oats, which typically are planted in mid- to late August. The purpose of these cereals in hunting season isn’t so much to provide nutrients for deer as to attract whitetails into the open during legal hunting hours so that a hunter might get a shot. As fat autumn passes into lean winter and natural food sources begin to dry up, the value of such food plots becomes more pronounced. Still, they don’t guarantee anything.

Moore’s Rule #1: The likelihood that a trophy buck will visit a food plot during daylight hours diminishes in direct proportion to the size of its rack. That’s why most of those photos that people show you of big bucks that appeared on their trail cameras were taken at night.

Moore’s Rule #2: The exception to the above is when bucks are rutting, and looking for estrus does. We’re told that a buck will travel more than two miles a day looking for a willing doe, and hopefully at least one of the latter will show up some afternoon on the small food plot I’m bowhunting. 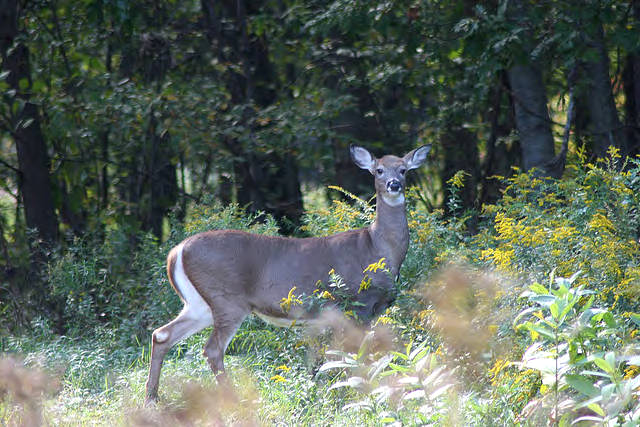 As the rut approaches, lay off the does that feed in food plots. A rutting buck is a lot more interested in breeding than eating, but might be attracted to a plot where does congregate.

As noted, a bowhunter or muzzleloader hunter doesn’t need big food plots. When you stop and think about it, the biggest problem to solve in bowhunting is putting yourself in a position to have a shot at a deer that’s within 30 yards of you. That place could be in a small grove of six acorn-producing white oaks, by a persimmon tree loaded with fruit, a brushy fence row leading from a bedding area to a feeding area, or adjacent to a small food plot. The latter might be the easiest and most feasible deer attractor and it doesn’t have to be bigger than, say, granddad’s collard patch or about 20 feet by 20 feet. If you decide that small food plots can help, here are some things to consider:

1. How’s the Soil?
If you ran soil tests on your big food plots, chances are the same conclusions drawn by them will apply to your smaller plots; that is, you might need to add lime or fertilizer to get your money’s worth from the seed.

2. Mix It Up
Assuming that satellite food plots will be planted in areas that haven’t been cultivated before, perhaps the biggest problem associated with planting relates to choosing a place to plant and preparing the soil. For instance, if a strip of a logging road is going to be planted, a hunter has to disk it to a depth below the hardpan that was compacted by traffic. Also, the food plot should be situated adjacent to woods or thick cover, at least on one side. It’s unreasonable to expect a trophy buck to walk across an opening in daylight to reach a food plot, whether he’s looking for food or a girlfriend.

Disking might involve a pull-behind ATV setup, or even a borrowed push plow from that can be easily transported. If the object of the exercise is to situate small plots in areas that are to be bowhunted, it shouldn’t take a tractor to do the job. Also, there are seed blends such as Whitetail Institute’s No-Plow that don’t require a lot of disking.

Tools you’ll need include a mattock and hoe to remove weeds and small shrubs, an axe, a road rake to help break up surface soil and help cover seed, a hand-turned seed and fertilizer spreader. Getting rid of small rocks and roots isn’t a big deal unless there are so many that it’s likely to inhibit plant growth, in which case, you probably picked a bad place.

3. Watering Concerns
Another problem that small-plot growers often encounter relates to water, or lack thereof. Typically, food plots are planted on established croplands, or where experienced growers site them. Big or small, such sites usually reflect the right mixture of soil, moisture and exposure to sun for optimum growth. However, if a grower plans to site small plots in other areas, he should know the area and have an understanding of the land dynamics in play when, say, there is too much rain or not enough. Incidentally, the Farmer’s Alamanc predicts a wet, cold winter in the South this year.

4. Seed Picks
Local conditions should dictate seed choice. Maybe you just need good, old-fashioned wheat, rye, and oats. Whatever you choose, learn about the growing dynamics of various options before you go to the trouble of planting it. Fast-growing annual seed blends are better suited if the food plots are going to be situated in dry areas. Likewise, seed blends that produce plants that don’t require a lot of light to grow are the picks for small plots that receive a limited amount of direct or filtered sunlight. Take into account that there’s not that much daylight in the winter anyway, and you’ve got to have enough to keep the plants growing and flourishing.

Do your homework and check the websites of companies that specialize in food plot plantings—Whitetail Institute whitetailinstitute.com, Biologic, plantbiologic.com and Tecamote tecamote.com are some good examples—and follow their suggestions. The future of their respective businesses requires that they keep customers satisfied, and they won’t try to sell you something that won’t grow where and when you want it to grow.

That presumes you’ve done your part correctly. Overdosing a small plot with too much seed is as bad as not sowing enough. Some types of seed require growing room, and once germinated, the plants might choke themselves out if coverage is too heavy.

Blends can be problematic. Cool-weather crops of brassicas (i.e. rape, turnips, radishes, and collard greens) shouldn’t be overseeded because they emerge quickly and tend to overshadow other forage such as the cereals, alfalfa, peas, and clover. Where I hunt, too, some of the exotic brassicas grow knee-high. That being said, they aren’t appreciated all that much by deer until it gets really cold and the carbohydrates or whatever it is in the leaves that they like is produced.

5. Growing Pains
Other factors that inhibit seed germination and plant growth include the amount of falling leaves from surrounding hardwoods that might blanket a food plot, as well as the impact of browsing on a small plot. Because there’s only a limited amount of browse available to deer, a small plot is no place to sow a slow-growing, sensitive plant. In areas where there are few crop plantings and the plots are likely to be the primary nutrition source, a fast-growing and hardy seed blend is the better choice.

Small food plots placed strategically to attract deer to a bowstand or to supplement natural nutrition are practical alternatives for hunters whose options are limited. The key to success are planning, careful site selection and a planting regimen that results in maximum coverage—and benefits.

Sites On a Small Scale
Food plots come in all sizes and shapes and hunters plant them to attract deer to an area where they are vulnerable, to provide supplemental nutrition, or both. According to avid bowhunter and Whitetail Institute vice president Steve Scott of Montgomery, Ala., where a food plot is situated is often only limited by a hunter’s imagination. Here are a few of his suggestions for small plots:

1. Fire breaks or fire lane
“Fire lanes often separate two properties, so be careful here because you’re neighbor might be benefiting from your planting as much or more than you will.”

2. Logging roads
“What I like about setting up on a logging road is that not only will you get a crack at deer coming to feed, but you might also get a shot at deer that are just crossing. But you really have to stay on alert and pay attention.”

3. Old clear-cuts
“Deer really like to bed down in clear-cuts and go there to browse. Typically there are lots of small openings surrounded by high weeds, wax myrtle or the like. Small plots scattered around here and there can be great, and you can hunt them out of a ground blind.”

4. Old homesites
“Often there are the remains of a driveway leading to the homeplace, and perhaps openings where the front yard and back yard used to be, a garden area and perhaps an old barnyard. Usually these can be cleared out pretty easily and then planted. If there’s food there, the deer will come.”

5. Pond dams
“This might be a wide strip, or even the slopes of a dam, depending on how high it is and the angle. The important thing is that it’s not out in the open. There needs to be cover close by.”