Deer Hunting: How-To Tips for Butchering and Processing Your Own Venison

It’s hard to beat a maiden doe for venison quality. But even the venison from a doe has to be... 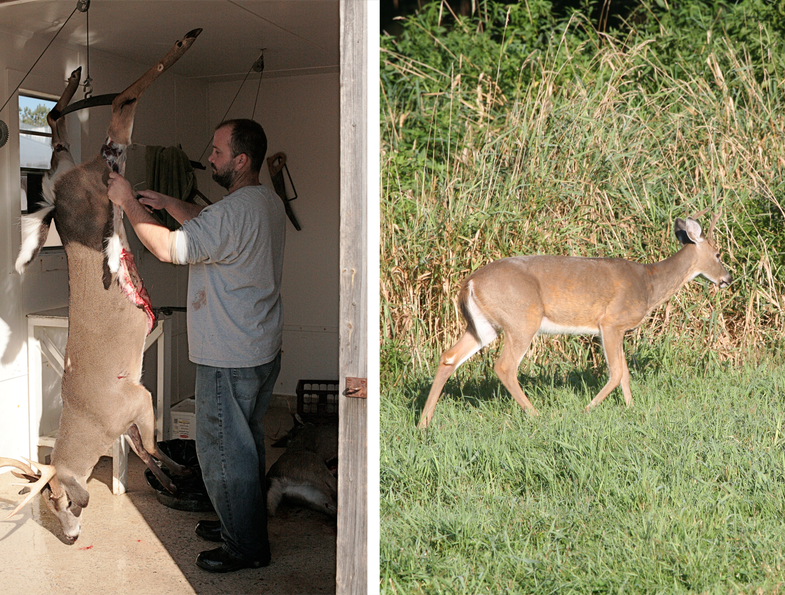 It’s hard to beat a maiden doe for venison quality. But even the venison from a doe has to be processed properly to enhance its taste and texture.

You can’t eat horns, as the old saying goes, and chances are a majority of us go after deer mainly for the meat. Knowing the odds, we’re more interested in getting a fat young doe or buck first thing, then focusing on antlers. That’s not to say an old gnarly-horn buck can’t produce good meat, but typically it winds up as sausage or jerky.

It’s probably safe to say that most deer hunters take their deer to local processors rather than process the venison themselves. Nothing wrong with that; most processors do a good job and stay busy during and immediately after deer season. That said, a hunter who’s been through a few seasons can still process his own venison without too much difficulty, given the right tools and a modicum of knowledge regarding deer anatomy and cuts of meat.

Tenderize First
Before you get started, age the deer in a cool climate for a week or so. Aging will tenderize the meat and improve the quality of venison of any deer, regardless of its age. Even the venison from a maiden doe should be aged before it is processed and put away in a freezer for future use. If you don’t have access to a meat locker or the weather isn’t conducive to hanging a deer in the garage or outbuilding, there are other options that will serve the same purpose.

Some guys debone a deer soon after they harvest it and put the venison on racks in an old refrigerator or on metal shelving in a cold garage or outbuilding. Or they keep it in an ice chest for a while, and then cut the meat up as desired.

I once hunted with a group of dog hunters in Chipley, Fla., and we ran whitetails with July and Walker hounds. Some of the races lasted for more than an hour and when a buck was finally shot, its leg muscles would be stiff as a board from all the running.

Yet we could tenderize the meat to the consistency of a yearling’s. How? First, we deboned the venison and cut it up across the grain into fairly small strips and chunks, being careful to remove the gristle and tallow. Then we deposited the strips of meat into an ice chest and kept it there for several days, letting out the bloody melted water and replenishing the ice until, finally, the water became almost clear. Rolled in seasoned flour and fried in a cast iron skillet, the venison was tender enough to eat in a sandwich without tearing up the biscuit; same went for the stew meat. We simply aged the venison with ice water to break it down.

Tools for the Job
Presuming a deer has been hanged and aged for a reasonable length of time, the next step is deboning the meat. Save your hunting knife for gutting; the best knives for do-it-yourself butchers are a paring knife with a 3- or 3 ½-inch blade to cut in the small places, and a bigger knife with a 7- or 8-inch blade for general work. Inexpensive Army-Navy mess boning knives are among the best to use for most cutting. Look for them in Army-Navy Surplus stores or flea markets. For boning out a lot of deer, a boning hook is also a useful tool to have. It will help safely put tension on the cut as the meat is being sliced from the bone. Available through various websites, a boning hook can be purchased for less than $10.

To remove the hams whole for smoking, use a saw to cut the bone (for safety’s sake, do not use a knife of any sort). Bone saws can be purchased just about anywhere outdoor equipment is sold, or you can save money and buy a PVC pipe saw in the hardware department of a big-box store; it works just as well as a bone saw on whitetails.

And finally, a meat grinder is a useful device for turning the venison removed from a deer’s shoulders and neck into hamburger meat. Assuming you’ve been good, you can ask Santa Claus for one.

Follow the Muscle Lines
On average, it should take a hunter about 30 minutes to debone a skinned carcass. There are just not a lot of cuts there. Once the backstraps and tenderloins are removed, most of the meat on the front end probably will be ground or chunked for stew meat. That leaves the hams. Cut the layers of meat away by following the muscle creases, then cut the chunks of venison into steaks or roasts as desired.

Wrap Properly for Freezing
If you plan to freeze most of the meat, wrap it in butcher paper and print the date and name of the cut on the outside with a waterproof pen. Or use freezer wrap that is then deposited in a freezer zip-and-seal bag of the appropriate size. Identify the date and cut on the outside of the bag. Putting the cut in the zip-and-seal bag without wrapping it first will result in freezer burn as the moisture in the bag condenses and then freezes.

—For smaller deer, use heavy lopping shears instead of saws. Saws will leave bone residue on exposed meat and it’s difficult to wash it away. A lopper will cut the bone—even ham bones and neck bones—cleanly.

—If you’re going to slice up meat to make jerky in a dehydrator or smoker, it will be easier to cut if you place it in the freezer until it is about half-frozen. Use an electric meat slicer or a knife with a fairly thick, long blade. For smoother cuts, when using a knife, place the heel of the blade where the cut will begin and pull the knife back with one, steady motion. The object is to finish the cut without having to move the blade forward again, or sawing the meat.

—Use knives with finger guards when you’re boning a deer, or at least a knife whose handle is swathed in a no-slip surface. Otherwise, because you’re working with a bunch of bloody meat and because you sometimes have to bear down on a cut, your knife hand might slip and slide down onto the blade. In that event, the likely outcome is that you’re going to cut yourself badly enough to earn a trip to the nearest hospital emergency room. And you can forget about the rest of hunting season.