As might have been the case with a lot of you, when I was a teenager my father or mother... 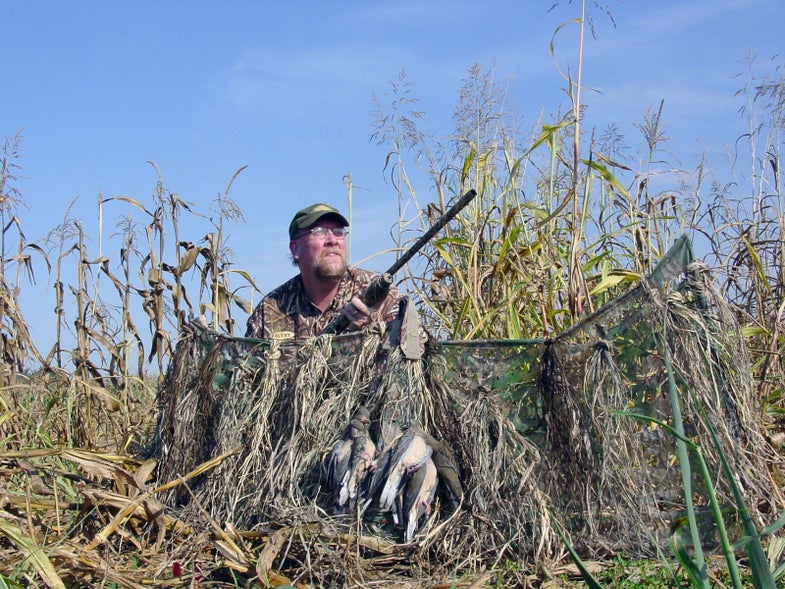 As might have been the case with a lot of you, when I was a teenager my father or mother would occasionally buy me a box of shotgun shells to hunt rabbits, squirrels or waterfowl. Such expenditures were strictly for the purpose of adding protein to the family larder, however, and doves weren’t on the list of acceptable targets. My parents calculated the cost-per-ounce-of-meat ratio for doves and found it wanting.

Perhaps it was that forbidden fruit aspect of dove hunting that made me want to do it all the more. I still like to hunt doves, even though a limit still doesn’t amount to much meat on the table.

At last count, according to the U.S. Fish and Wildlife Service, there were something like 400 million mourning doves in the United States—so you’d think it would be fairly easy for somebody to bag a limit of 15 of the birds on any given day. Generally speaking, that’s not the case for any of us – youth or adult. Though they’re as common as robins, the birds are devilishly cunning and crafty dodgers when it comes to eluding shot, which also helps explain why there are about 400 million of them.

Ethanol can’t be ruled out as another reason why there are so many doves; not the compound itself, mind you, but all the corn that’s being grown now to produce the fuel additive. Everywhere you look this summer, it seems, there’s corn, and this has been a good growing year with the right mix of sun, rain, and warm weather.

Corn is good for doves, because there isn’t a grain that they like better, but it can be too much of a good thing for hunters. As vast acres of flooded bottomlands scatter ducks and bumper crops of acorns disperse whitetails, abundant fields of corn spread out doves rather than concentrate them. That doesn’t mean you can’t have a good shoot every weekend; what it means is that you must have, or perhaps even add, some features that will compel doves to visit your field on a regular basis.

A day in the life of a dove goes something like this: It wakes up, arranges its feathers a bit and gets the cobwebs out of its wings, goes and feeds for a while, leaves the field and swallows some small pebbles or bits of sand to help its gizzard break down the food, loafs on a power line or in a dead tree and perhaps socializes with other doves, flies down and eats some more, goes and swallows more small pebbles or bits of sand for the gizzard routine again, gets a drink of water at a pond, creek, puddle or river, and then flies up to a roost tree to spend the night and hopes that an owl doesn’t grab it while it’s catching some shut-eye.

Comfort, friends, gravel, water, and food: If you want to hunt a field likely to attract the most doves in early season, make sure your hunting spot has as many of the components that make a dove tick as possible. If you have a family farm, you’ve already got the makings. Otherwise, you might lease a field from a farmer at nominal cost, or seek permission from him to transform one of his picked cornfields into a temporary dove field. The doves will use it until cold fronts send them south. Even then, a new batch of birds is likely to show up for the next session of the split season. 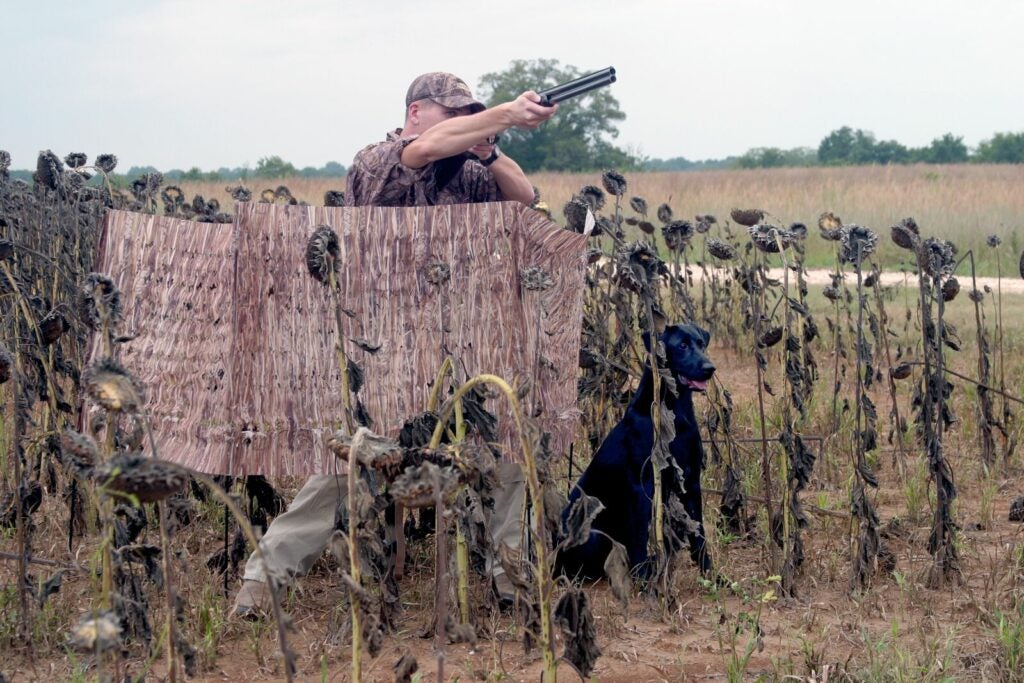 Corn is king for doves, but a mixture of food, such as corn and sunflowers, will often attract more birds to your hunting setup.

1. Provide a roost
Typically, doves like to scope out the ground for predators before they commit to landing in a field. They’ll first light on a powerline or in a nearby tree. It might be a dead pecan tree standing in a field of corn or peanuts, or even in a pasture that has lots of wild grasses growing in it. If the field you’re going to hunt has good roosting spots, no problem; if it doesn’t, add one or more. It’s as simple as cutting down a couple of saplings, trimming off all the limbs, tying either end of several yards of line to the tops, spreading out the poles on the ground, digging holes to put them in, and then erecting them. Eventually, the doves will do the rest.

2. Make it inviting
Doves are gregarious birds; it would help to add a few dove decoys to your homemade power line to make the field more welcoming. In fact, it would be helpful to install a Mojo Dove Decoy to the setup, at least until the doves become regular visitors, and especially if you’re hunting a really large field where you need something extra to draw doves to you.

3. Add gravel
If there isn’t any gravel nearby, provide some. It’s easy enough to buy some bags or coarse sand at a home improvement store and scatter it somewhere in an open spot of the field where doves are likely to feed and find it. It will last through every part of a split season, and can be turned under when it’s time to plant the field next spring.

4. Water works
Doves drink water every day, and they’ll seldom land unless there’s a bare bank. That’s because they like to be able to see several yards around them so they can be forewarned if any nasty surprises are waiting in the undergrowth. Often the place where they water is also the place where they gravel, which makes a good hunting setup in itself. Having a watering hole in a field is problematic if you don’t own the field, however. It’s more likely the closest farm pond or tank will be the doves’ destination when they leave the field you’ve got staked out.

5. Lay a nice table
As noted, free corn will be plentiful in the South and Midwest this year. Your best option is to find places where all of the ingredients mentioned above are within easy reach of doves, and smack dab in the middle of it all is a picked cornfield. Failing in all of the above, try to get invited to one of Randy Huffstetler’s dove hunts near Greenfield, Tenn.

Randy farms several acres in west Tennessee, and through years of experience he’s learned how to position and grow dove fields that the birds can’t resist. His current piece de resistance consists of one field of about 50 acres and a smaller one that’s about 17 acres in size.

A portion of either field is planted with corn in the spring, and sunflowers are planted at one end of each field – about an acre in the smaller field and two acres in the larger field. The south fork of the Obion River runs along one end of the latter, and as a bonus Huffstetler also bulldozed a small pond in the middle of the larger field. Each field is lined with pine trees on at least two sides.

The larger dove field is bordered by a gravel road that’s paralleled by catalpa trees, which Huffstetler’s grandfather planted in the days when farmers used catalpa and locust logs for fence posts. What is attractive about the catalpa trees to doves is their sprawling, irregular shape. Once the catalpas’ big leaves start drying and falling in early autumn, gaps are left that provide entry points for incoming doves, as well as roosting stations.

The corn that grows in the fields is the main attraction and the sunflowers are dessert. The corn isn’t picked, however, but rather cut green and turned into silage for Huffstetler’s cattle. Randy cut the latest crop in early August, so the gleanings are already starting to draw doves, and will through most of the split seasons.

Randy’s fields have everything a dove could want without going far to get it, which is why the birds flock to them all autumn, and why local hunters consider getting an invitation to one of his weekly dove hunts almost as good as winning the lottery. Maybe better.