In Praise of Pigeons

Sky rats. Vermin. Urban scourge. Not my pigeons. They may not be the most elegant, or the smartest bird. Nobody... 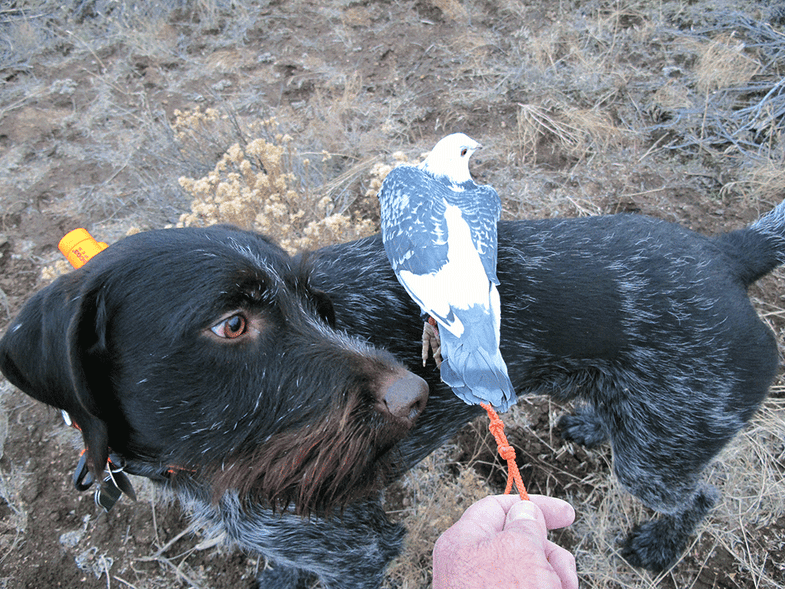 Not my pigeons. They may not be the most elegant, or the smartest bird. Nobody waxes poetic about the common rock dove.

Columba livia domestica is much maligned, even among those of us who keep them. Like most others, it’s unlikely I’d be a pigeon fancier if I didn’t have bird dogs. But trainer George Hickox said it best: “no birds, no bird dog.” And it’s true.

My birds are first and foremost, a training tool. But watching them roost, calmly ruffling feathers on a nest, elegantly circling the loft, even pecking the ground for grit, they are in many ways like our horses. Both exude a calming influence, a soft and peaceful aura enveloping nearby humans. There is therapy in being near them.

It helps that most people find them objectionable in one or more ways. After all, we do need to abuse them a bit and a certain disdain softens the blow. But they are partners in our dog training effort and I appreciate that.

Stoic, patient and maybe a bit oblivious … all are attributes that fortify a pigeon for its job, a job that is crucial to the polishing of our dogs’ skills. Without pigeons, spaniels would be less motivated questers and flushers. Pointing breeds would be phoning it in, going through the motions, and those motions would include breaking point. Retrievers who never picked up a bird in the yard will be baffled upon encountering their first in the field.

Europeans and Middle Easterners have revered pigeons along with their cousins the doves, for eons. Steeped in romance and history, they’ve been hand-in-glove with humans since Egyptian times, enshrined in hieroglyphics and lauded in papyrus scrolls. In World War I, lowly pigeons couriered vital information. Such noble genealogy has not stopped modern society from relegating them to the role of cooing ornaments in city parks, denizens of grain elevators, desecrators of windshields.

Some passionate racers still exist, speaking in hushed tones about breeding and strategy. Sure, they have their quirks (the same can be said for bird dog folk), but many of us are grateful for their culls.

They are not chukars, ringnecks, or even pen-raised bobwhites. But rock doves are available, inexpensive, and tough. When a bob will often die of fright during its first retrieve, a pigeon will heroically endure numerous retrieves, ultimately arriving mangled and bloody, but ready to go again after a few days’ rest. They are quite content to be the bird we have to use, but don’t want to use.

There’s a certain amount of pride among dog owners who also keep pigeons. There’s an element of propriety in one’s loft design, birds’ homing abilities, even colors become the subject of endless debate, the tone of which clearly indicates a visceral connection between man and bird. I won’t call it affection, but look deep enough and you detect the same attitude one has toward a good set of tools.

For all of us, let me say thanks, pigeons.