We all have an image of what the perfect shot opportunity on an animal looks like, and for most of... 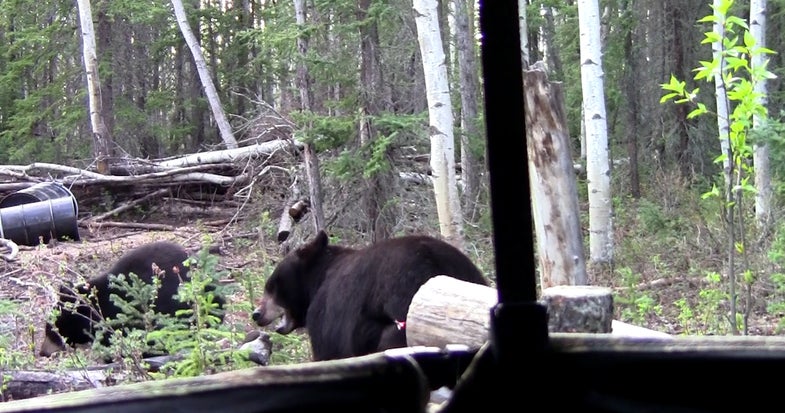 We all have an image of what the perfect shot opportunity on an animal looks like, and for most of us, that’s directly broadside or slightly quartering away. In real life, however, there are plenty of times when that perfect angle just doesn’t present itself long enough for a shot. The bowhunters among us, especially, must be conscious of the shots we are taking and take only those that we know we can make, but with good broadheads and reasonably heavy arrows, there aren’t many angles in which you can’t make a quick killing shot on most game.

The keys to becoming comfortable shooting at “other than ideal” angles are visualization and practice. With any shot you take, you want to visualize where the heart and lungs are at whatever angle the animal presents itself. Then visualize the path that your arrow will need to take to get there to figure out where you need it to hit. Most folks who use tree stands know that you need to aim at a higher spot on the animal than you would if you were shooting on the ground. I’m talking here about the same concept, applied to whatever angle the animal is at.

This bear (above) was taken recently by a buddy faced with an extreme quartering-away shot. The bear was standing directly in front of the blind facing them. When it turned, my buddy shot just in front of the hip. It almost looks like it’s in the leg. The arrow went in the last rib and hit the opposite shoulder. The arrow broke when the bear took off and popped back out, but the bear only made it 25 yards. Where the arrow hit would have been a very poor shot on a broadside bear, but it was just where it needed to be for that extreme angle.

It’s a good idea to practice on a 3D target at various angles. Move from extreme quartering-to to slight quartering-away, and all points between. Before you shoot, visualize where your arrow needs to make contact with the animal in order to get it in the chest cavity.

One of the drawbacks to 3D targets is that the medium is uniform, meaning that there are no ribs, shoulder blades, or hip bones to impede penetration of your arrow. This is where visualization comes in. You should know enough about the anatomy of your quarry to be able to recognize that, for instance, an extreme quartering-away shot on an elk might be acceptable only when the facing rear leg is back, so that the hip is open to you. Same with an extreme quartering-to shot on a whitetail. You might be able to make that shot when the facing leg is back, but not when the leg is closed, and the scapula could deflect your arrow.

There are no hard-and-fast rules about this; it’s extremely situational, and if you don’t think you can make the shot, don’t take it. No shot is worth taking if the chances of wounding loss are elevated.

Know your equipment and its capabilities, and only take shots that you don’t doubt. Practicing this will increase the number of shot opportunities that you are comfortable taking, and maybe even make the difference between punching a tag and not.