Why I Choose a Smaller Scope for a Better Mountain Hunt

Get into any discussion of gear for mountain hunting—whether you’re talking sheep, goats, or high-country deer or elk—and it’s likely... 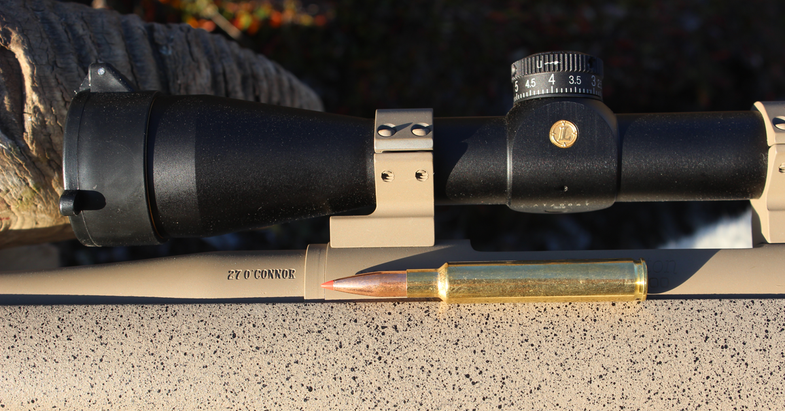 Get into any discussion of gear for mountain hunting—whether you’re talking sheep, goats, or high-country deer or elk—and it’s likely that optics and long-range shots will enter the conversation. While it’s true that, on average, shots will be at longer range than on many other types of hunting, it’s easy to get deceived that you need a bigger riflescope than you actually do.

Weight is a big consideration for almost all of your gear on a high-country backpack hunt, and that applies to your riflescope as well. I’ve seen a fair number of folks who invested in a super-lightweight rifle only to negate that by slapping a Hubble telescope on it. Yes, you may be faced with longer shots than on other hunts, but that extra weight will usually do you no good for most of the shots you’ll encounter.

Generally, a riflescope with 7X to 9X magnification is plenty for any shot you would take in the field. Any higher power than 9X is typically unnecessary, and can make it hard to locate the animal in the optic if you have its power cranked all the way up. I prefer a 2-7x33mm scope topped by CDS turret. It’s lightweight, but still has plenty of magnification and performs pretty well in low light.

If you were to take a poll, you’d probably hear that many folks think you need a 16X riflescope to make a 500-600-yard shot. Especially once you start stretching it out there, it’s much more about the shooter than the optic. Years ago, a couple buddies and I would regularly shoot steel poppers at 1,000 yards with only 10X riflescopes. Having more magnification might make you feel like you can make longer shots, but it doesn’t necessarily do you any good or prove to be worth carrying.

As with any of your mountain hunting gear, evaluate and make your choices carefully. Keep in mind that you’re going to do carry that rifle a whole lot more than you’ll shoot it, and to me, it’s well worth cutting some weight with a smaller scope. Although there have been a few situations where a more powerful scope would have been handy, I’ve never been in a situation where it was a deal breaker, and situations that I might “need” higher magnification or bigger objective, are mostly going to be situations that I shouldn’t shoot anyway.