Having used many different types of backpacking stoves over the years, I was at first a bit skeptical of the... 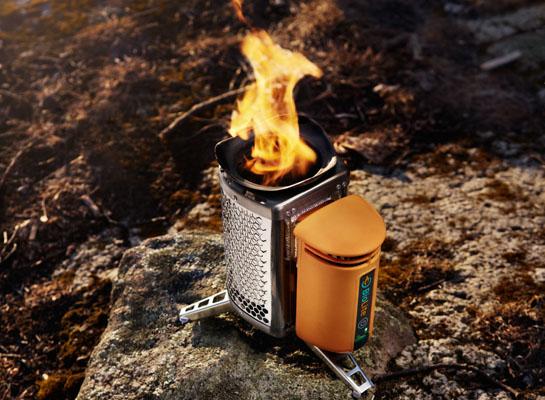 Having used many different types of backpacking stoves over the years, I was at first a bit skeptical of the BioLite CampStove ($130; biolitestove.com). The concept behind it is fairly simple, but it seemed almost too good to be true. Instead of using white gas or another petroleum-based fuel, the BioLite burns good old-fashioned wood, and a small electric fan blows air onto the flame, making it very hot.

My initial skepticism, however, was quickly converted into pleasant surprise. The stove works really well in fairly controlled scenarios. When using dry wood and a firestarter, the flame was quick to light with the aid of the fan. Once going, it maintained a very hot, aggressive flame. One drawback of this system is that you need to take the time to actually get the fire going. Although it happens fairly quickly, after a long day of hiking or hunting, having to gather wood and get a fire going is a bit of a bust. But beyond that, the stove works really well and is a cool “green” product.

Power from Heat
Another perk of the CampStove is that it produces electricity to charge any USB-compatible device via a built-in thermoelectric generator (it also powers the fan). When I plugged my iPod into the port it began charging immediately. This feature is especially handy for charging GPSes and digital cameras and could eliminate the need to carry a separate charging device, permitted there’s plenty of fuel where you’re going and you won’t be in a rush to charge the device.

Although the stove passed my controlled test, it didn’t fare quite as well when I took it on a backpacking trip in New York’s Adirondack Mountains last winter. When it came time to light the stove on the first night in the mountains, the temperature had dropped to minus-7 degrees. Although the stove requires very little wood to run, it was a chore to find even enough to get it going since the ground was covered in about three feet of snow. My friends and I eventually rounded enough tinder to make an attempt, but with such cold temperatures, frozen hands, and frozen twigs, the stove would not light. After about 30 minutes of trying to nurse a very weak flame, we abandoned the effort and clicked on my gas stove on for a quick, hot meal.

Despite this failure, I still believe that the BioLite is a great product, especially for the three-season outdoorsman who wants to leave as small of an environmental footprint as possible. In non-freezing conditions, the stove works better then you might expect. Plus, everything tastes better over wood.

CONS:
– A bit heavy and bulky, especially with the grill accessory
– The fan kept kicking back on, even after I’d turned it off. Most likely due to a heat sensor that activates it at a certain temperature
– Controlling the flame’s temperature can be a bit tricky