For three long years outdoor videographer and sheriff’s deputy Jesse Fulwider and Speedway police officer Mike Marsteller have been after... 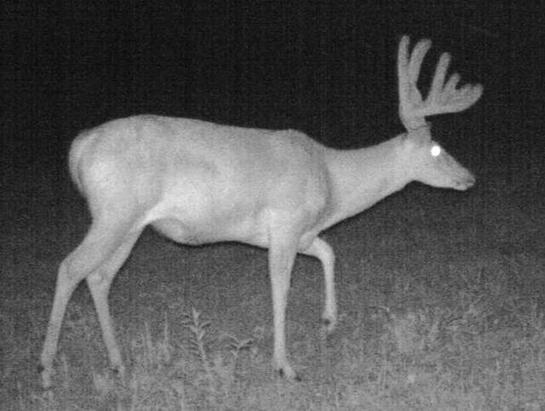 For three long years outdoor videographer and sheriff’s deputy Jesse Fulwider and Speedway police officer Mike Marsteller have been after an Indiana whitetail buck so elusive they refer to him as Nightmare. Mike was lucky enough to get a shot at Nightmare while bowhunting during a past season, but he missed the 300-pound bruiser completely.

And they won’t thanks to the actions of Don Ward on Tuesday October 2.

According to authorities and Ward himself, Nightmare was shot illegally at 5 a.m. Tuesday morning. A landowner in Eagle Creek Park in Marion County heard a gunshot and ran outside to investigate. The landowner, who said in police reports that he had seen people spotlighting the road for days, saw tire marks in his field and a truck parked near some distant trees. When the landowner approached the truck, the vehicle sped off leaving a massive 300-pound 10-point whitetail lying on the ground.

Luckily, the landowner was able to get a description of the pickup and a license plate number to give to Jesse who arrived within minutes of the landowner’s call. Jesse told The Indianapolis Star that seeing Nightmare had been poached was “pretty disheartening.”

The information the landowner gave to Jesse proved helpful though and the poacher was soon apprehended. The 47-year-old poacher admitted his wrongdoing and said he was ready to take what came his way in the form of retribution.

“I’m guilty,” Ward told The Indianapolis Star. “I’m going to accept the punishment. I don’t know what come over me. It was just so big.”

Ward has yet to be charged, but depending upon the number of citations he could be looking at several $1,000 fines and 180 days in jail.
Is that too little time or too much?