Best Times to Deer Hunt: When You Need to be in Your Stand this Fall

Timing is everything when it comes to hunting mature bucks 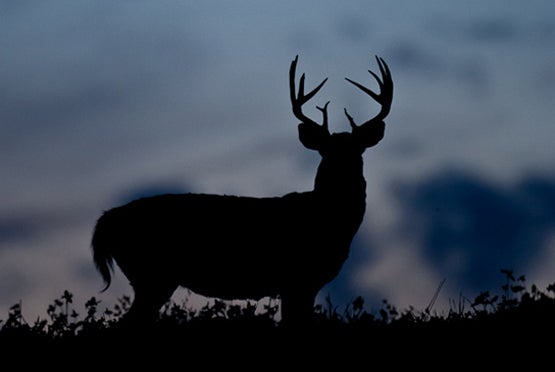 Mick Jagger once sang, “Time is on my side.” That may have been the case in 1964, but nowadays it seems to be in short supply. Hunters need to make the most of their free time, and they can do that by hunting the prime times. Certain times of the day, days of the week, and weeks of the month and of the season overall offer better chances of success. Taking several variables into consideration, here’s how to know precisely when to be in your treestand.

Time of Day
▶ Deer hunters know, and research has demonstrated, that deer are crepuscular, meaning they’re most active at dawn and dusk. This is particularly true early in the season. If you hunt close to home, you can get an hour or two in before or after work without missing much of the action.

Pressure
▶ If you’re hunting heavily pressured public land, you have two options. The first is to avoid the crowds by hunting weekdays, especially the middle of the week, as weekend warriors might use a Friday or Monday to make a three-day weekend. Or, you can hit the weekends and let the pressure work for you. Sit tight in thick cover, particularly in the late morning or early afternoon, when hunters heading out of or into the woods are more likely to move deer.

The Moon
▶ Researchers from North Carolina State University recently shed new light on how moon phases influence deer movement. Deer in the study moved mostly at twilight in all phases, but researchers observed some subtle differences throughout the month that, when applied to a moon calendar, just might give hunters a slight edge. Movement lasted a little longer into the early morning during the new moon, which this year falls around mid-month in October, November, and December. Midmorning movement rates were highest during the non-quarter periods–those days not within 48 hours of full, new, and quarter moon phases. Though relatively low, midday movement tended to be greatest during the full moon, which occurs around the beginning and end of the fall months this year. Late-afternoon activity peaked during the last quarter, five to 10 days prior to the full moon.

The Rut
▶ Most states report that rut dates are very consistent from one year to the next. They’re also fairly synchronous from about mid-continent and north, with peak breeding occurring around early to mid-November. As you move south, however, those dates vary considerably between and even within states, so check with a biologist for local peak dates. Also make sure you understand the difference between peak rut and peak breeding periods. Bucks will be most active a week to 10 days prior to peak breeding. Once most of the does are in estrus, the majority of the bucks will be in lockdown, and the woods can seem a very desolate place.