Despite the fact that invasive feral pigs have all but taken over the lower 48 states (Texas is said to... 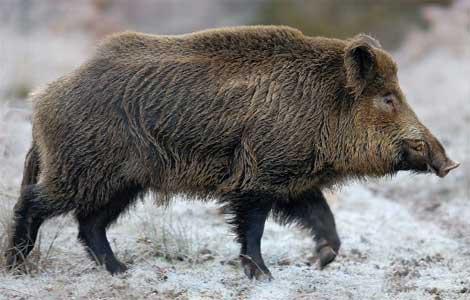 Despite the fact that invasive feral pigs have all but taken over the lower 48 states (Texas is said to have close to 4 million animals within its borders alone) and have caused millions upon millions of dollars in crop damage, the New York State Department of Environmental Conservation announced Friday that it has introduced legislation that would prohibit hunters from trapping or killing “free-range Eurasian boars.”

Department commissioner Joe Martens explained to The Citizen said that although these animals are a threat to the state’s environment and its natural resources, hunting them hinders the efforts of the DEC and the United States Department of Agriculture to capture the species.

“As long as swine may be pursued by hunters, there is a potential conflict with our swine eradication efforts,” Martens said in a statement. “Eurasian boars often join together to form a ‘sounder’, the name for a group of pigs sometimes numbering 20 or more individuals. Shooting individual boars as opportunities arise is ineffective as an eradication method and this often causes the remaining animals to disperse and be more difficult to remove.”

If passed, the proposed legislation would make it illegal to hunt or trap the animals. Disturbing traps set by the DEC and the USDA would also be illegal. Hunting wild boar on preserves would be legal until 2015 at which time certain exceptions would be put into place.