Ever daydream about what you might do with a cool $1 million? The Rocky Mountain Elk Foundation is about to... 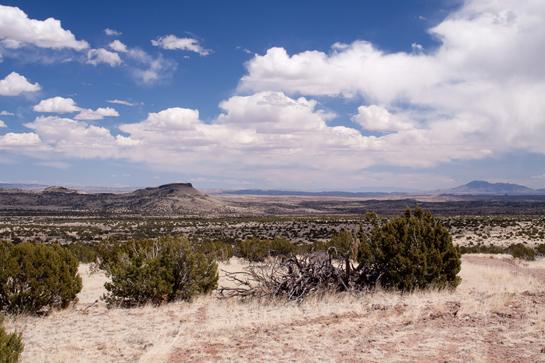 Ever daydream about what you might do with a cool $1 million? The Rocky Mountain Elk Foundation is about to find out, times 30.

At its annual convention, “Elk Camp,” in Reno, Nev., last night, RMEF CEO David Allen announced the creation of what is likely the largest endowment in the history of an American hunting-conservation organization. It’s the $30 million Torstenson Family Endowment, a fund earmarked to help the RMEF achieve its core missions of habitat enhancement, hunting heritage, permanent land protection, and elk restoration.

Outdoor Life sat down with Allen shortly before he announced the endowment. Here’s the backstory of this remarkable gift, and ways the RMEF intends to pay it forward.

Outdoor Life: $30 million is a chunk of change. What’s the origin of the gift?

David Allen: The origin is a single, remarkable man: Bob Torstenson (pictured below). He and his dad built a very successful private-label tool company in Illinois. Elk hunting had always been a passion for Bob, and when he sold the company in the mid 1990’s, he bought one of the premier big-game ranches in the West, the Double H Ranch in south-central New Mexico.

OL: That ranch is legendary. It supposedly has one of the largest resident elk herds in the state.

DA: That’s right. At any given time it holds between 800 and 1,500 elk and it’s home to some monster bulls. It’s huge, something like 95,000 acres of deeded ground and another 30,000 of landlocked state and federal land. It’s high desert, mountainous terrain, incredible elk habitat.

OL: The Double H has been an RMEF showcase property for a couple of decades.

DA: That’s right. What happened is that in 1999 or 2000 Bob was diagnosed with terminal cancer. When he found out, he approached the Elk Foundation and talked to us about finding a conservation buyer for the property. Long story short, that didn’t happen. Bob died before a buyer was found, and the land was gifted to the RMEF in 2002 with some very restrictive conditions. One of the biggest is that if the land was ever sold, it could only be sold to a conservation buyer, with a conservation easement in place.

OL: How does owning a large ranch mesh with the RMEF’s core missions of habitat conservation, hunting heritage, etc.?

DA: It’s tough. One of the things you don’t think about is that running a large property is expensive and distracting. We’ve operated the Double H as a break-even enterprise for the last decade, but any landowner knows that you have to make capital investments in order to keep the operation functioning. We were finding it hard to afford the property. Plus, it was a PR problem. We had to sell high-dollar elk hunts to cash flow the operation, and some rumors said that staff was using it for our own hunting preserve. For the record, no sitting board member or staff ever hunted the Double H. We prohibited it, but it got to be a PR black eye. Fundamentally, we’re not ranchers. We don’t want to be in the ranching business.

OL: What were your alternatives?

DA: We started talking with the Torstenson family about ways that we could honor Bob’s legacy in other ways besides operating his ranch. It wasn’t an easy conversation to have, but over several years we began to see that all the things that were so essential to Bob—introducing youth to the outdoors, elk research, habitat enhancement—could be accomplished by using the ranch as the base of an endowment. That culminated in the creation of the Torstenson Family Endowment that we are announcing at Elk Camp.

OL: So the seed of the endowment comes from the Double H?

DA: That’s right. We began shopping around the ranch to conservation buyers, and we sold it to buyers who embrace the conservation easement and Bob’s conservation ethic. The endowment actually includes the ranch sales price plus the money Bob left to manage the ranch. We’re rounding to $30 million, which we believe is the largest endowment ever gifted to a hunter-based wildlife conservation organization.

OL: What will the money be used for?

DA: First, understand that we will only spend the interest and earnings from the endowment. The principal will be untouched to continue to generate revenue. We figure, conservatively, that we will have between $1 and $1.5 million annually to further our core mission. Specifically, this money can only be used for permanent land protection—which includes sportsman access projects—habitat stewardship, elk restoration and relocation, and hunting heritage. Not a dime of this will be used for operations, to pay staff or pay light bills. Every bit of it goes directly to support our mission.

I feel very strongly that we can do more for Bob Torstenson’s legacy by creating a large endowment in his name and dedicating the interest and earnings from that investment into mission projects in his name and in his honor.

OL: How will members and supporters of the RMEF recognize the investments you will make in Torstenson’s name?

DA: You will see immediate action. You will see us accelerate our habitat protection work, you’ll see more money going to access projects, to elk restoration efforts, and you’ll see us have a much larger role in hunting-heritage efforts, engaging new hunters, making sure they have the places and the tools they need to become hunters. This gift will allow us to consider projects that we never could do before.

OL: What do you think Bob Torstenson would say about this endowment?

DA: I really regret that I never knew Bob. He died before I came on board with the RMEF. But Bob loved to hunt elk. He loved elk country. He loved to introduce new hunters to hunting. Those are all the things this endowment will be devoted to. I think he’d be proud of the work that he started.