To Cherish or Trash: A Week of Perspectives on the Competing Value of our Public Land

This is a big week for public land. While America’s political class might be better served resolving Supreme Court vacancies,... 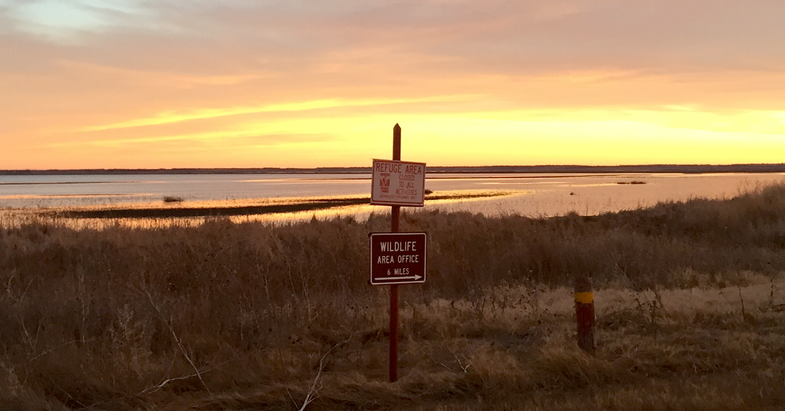 This is a big week for public land. While America’s political class might be better served resolving Supreme Court vacancies, the future of Guantanamo Bay detainees, and the serial unraveling of Syria, instead it’s been a week of wrangling over federal land.

If you’re like me, it’s easier to tune out political chatter than it is to focus it into salient, actionable moments. But this week has provided not only some prime opportunities to get involved in the national public-lands debate, but also some vivid insights into why you must get involved.

I’m going to give you a half-dozen windows into the current discussion, most of which turns around this choice: Are Americans better off selling our federal lands than we are with addressing problems with them?

The first moment is actually a pretty big political bet, and it gets at one of the friction points about this debate. It comes down to ideology. One strain goes something like this: if you are one type of conservative, then you should support the idea that the federal government shouldn’t be in the land-ownership business at all. That the very idea of a Forest Service or Bureau of Land Management is getting kissing-close to nationalization of an industry, like the Soviet Union’s nationalization of land under Stalin, or the nationalization of the auto industry under the Chinese Communists.

If you believe that, then you might be swayed by Senator Ted Cruz’s insistence that federal lands need to be returned to states or sold to the private sector. Here’s an ad that Cruz’s campaign ran just prior to this week’s GOP caucus in Nevada, a state that is 85 percent federal land:

The target of his “Cruzade” is Donald Trump, who went on the record with Field & Stream’s Anthony Licata as saying that he’s against selling federal lands, whether to reduce federal deficits or because of any states-rights ideology. Here’s Trump’s full interview that we ran last month.

Here are the two front-running Republican presidential candidates sparring over the fate of federal land. So who will prevail? It may be worth noting that Trump carried the Nevada caucus, winning 46 percent of the vote to Cruz’s third place finish and 21 percent of the vote from Republicans who might be swayed by a number of influences, but obviously federal-land transfer wasn’t a big factor.

AN IDAHO LOVE AFFAIR
Meanwhile, back in Washington, the House Appropriation Committee held a hearing to discuss the Forest Service’s budget. Normally, these are wretchedly boring affairs, but the agency’s budget has been a lightning rod (excuse the image) for folks on both sides of the federal-lands debate.

There are those who point to the Forest Service’s mismanagement of federal forestland — they cite a moratorium on logging and chronic devastating forest fires — as evidence that the resource would be better off if it were placed in state control. But federal-land defenders also point to the agency’s underfunded budget to make the case that if the Forest Service was given more money to fight fires and do proactive management, these lands would be more productive.

Anyway, back to the budget hearing… At one point (actually, starting at minute 57 in this clip), Idaho Republican Mike Simpson makes one of most salient cases for federal land that I’ve ever heard.

“Let me tell you why people live in Idaho,” he tells the hearing participants. “They like Idaho because they love their public lands, and the access they provide to places to fish and hunt.”

Simpson, who is no limp-wristed liberal, acknowledges problems with federal-land management, but says the issue is not unlike that of a renter.

His point: let’s address shortcomings with federal-land management and not throw the whole shebang—which provides free and public access, sustains the recreational economy of the West, and provides a reason for being to his constituents. If you are one of those constituents, or anyone else who enjoys Western federal land, please let Rep. Simpson know you support his view.

Simpson went on in the hearing to argue for sustainable and consistent Forest Service funding, so the agency can actually do the job that it’s charged with doing: managing our federal forestland.

NATIONAL-FOREST YARD SALE
An entirely different perspective on the value of National Forests will be on display today (Thursday, Feb. 25). The House Natural Resources subcommittee on federal lands is scheduled to discuss a number of bills that promote the idea of transferring federal land to individual states.

One to watch, no matter which side of the debate you’re on, is HR 3650, sponsored by Alaska Republican Don Young. This bill would allow states to acquire millions of acres of national forestland to be operated by the states for the primary purpose of timber production. I’m tempted to say something snarky about this, but it’s a real bill, and it has a real chance of getting a supportive hearing.

A second bill, HR 2316 sponsored by another Idaho Republican congressman, Raul Labrador, would transfer management authority for large sections of national forests to “advisory committees” charged with generating “dependable economic activity for counties and local governments.” According to the bill, this management would be outside federal regulatory frameworks, but the Forest Service would still be on the hook for fighting fires and other emergency management.

Both these bills have raised concerns in the conservation community that they would fuel large-scale commercial logging, promote the sale of public land to private investors, and would end up reducing both access and the value of the depleted land for hunting, wildlife management, and even viewscapes.

One final link, one that can help you contact each of these committee members: ContactingtheCongress.org

Here’s to an accessible week!