Deadly cold and deep snow have taken a toll on Maine’s deer herds, but the state plans to purchase more habitat to help whitetails get through the winter 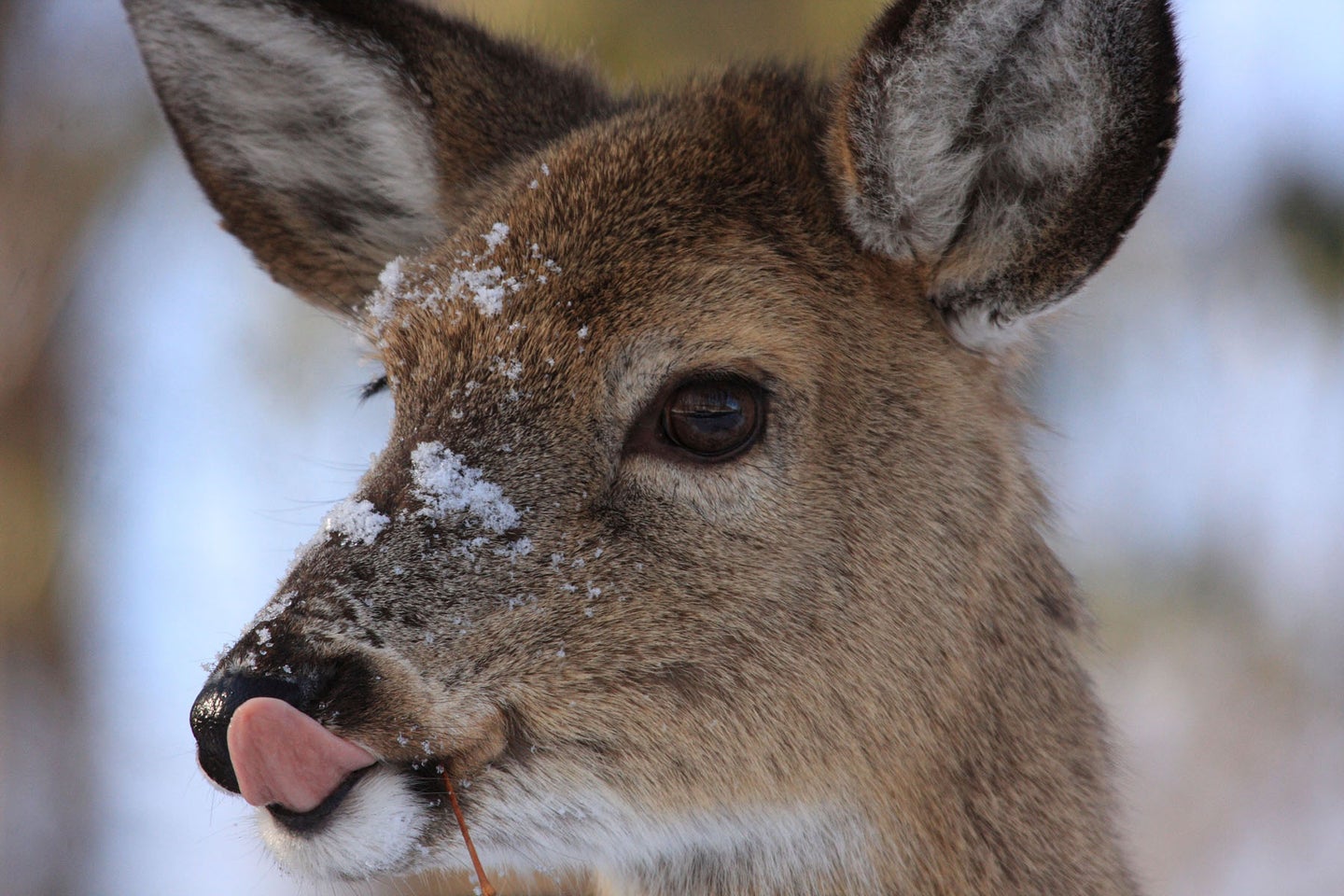 A hungry whitetail finds a bite of browse in the snow. Craig Lewis / USFWS
SHARE

A new state law in Maine has earmarked $40 million over the next four years for purchasing private land to use as state-managed wintering areas for whitetail deer. The goal of the program is to protect and improve existing wintering areas, and to add new ones within the state’s purview. The new law, signed by the state’s governor earlier this month, gives the Maine Department of Inland Fisheries and Wildlife the authority to buy and manage parcels in places where deer have most suffered winter’s deadly ravages, chiefly in the state’s east, north and west regions, according to the Bangor Daily News.

During an average severe winter, deer in northern Maine require sheltered wintering areas for 90 to 125 days. But deer wintering areas once accounted for 12 percent of Maine’s forests. Now it’s down to 3 percent, according to David Trahan, executive director of the Sportsman’s Alliance of Maine and a former logger. That habitat reduction has been specifically in coniferous trees that provide a protective canopy for deer during heavy snowfall, thanks in part to a spruce budworm outbreak in the 1970s and early 80s. Without the evergreen cover in these areas—traditionally known as “deer yards”—deer can’t browse as easily or seek shelter from heavy snow or predators.

“There are regions of the state where sportsmen and women have seen the deer population crash because of the loss of habitat,” Trahan told the Bangor Daily News.

But things are slated to improve with this new legislation. For the first time, the DIFW will be mandated to identify and purchase state land to serve as deer wintering areas. A wildlife biologist will also be assigned to manage the properties.

“We’ve worked for many years with private landowners and the Bureau of Public Lands, but have never had the ability to own areas and manage them with deer habitat as the highest priority,” Maine’s wildlife division director, Nate Webb, told the Daily News. “[Land purchases] also benefit a host of species that use similar habitats.”

Webb says the big challenge is locating land ideal for deer that also belongs to private landowners who are willing to sell their property to the state. Maine officials hope that these deer wintering areas restore habitat to traditional locations, and also create new spaces in areas where residents feed deer. Wildlife mangers say some feeding operations pull deer from wooded regions into more congested areas where disease transmission and encounters with motorists are more likely.

The forthcoming development of more traditional deer yards in Maine may prompt states with similar management problems to follow Maine’s lead, including the Upper Peninsula of Michigan and northern Wisconsin and Minnesota.