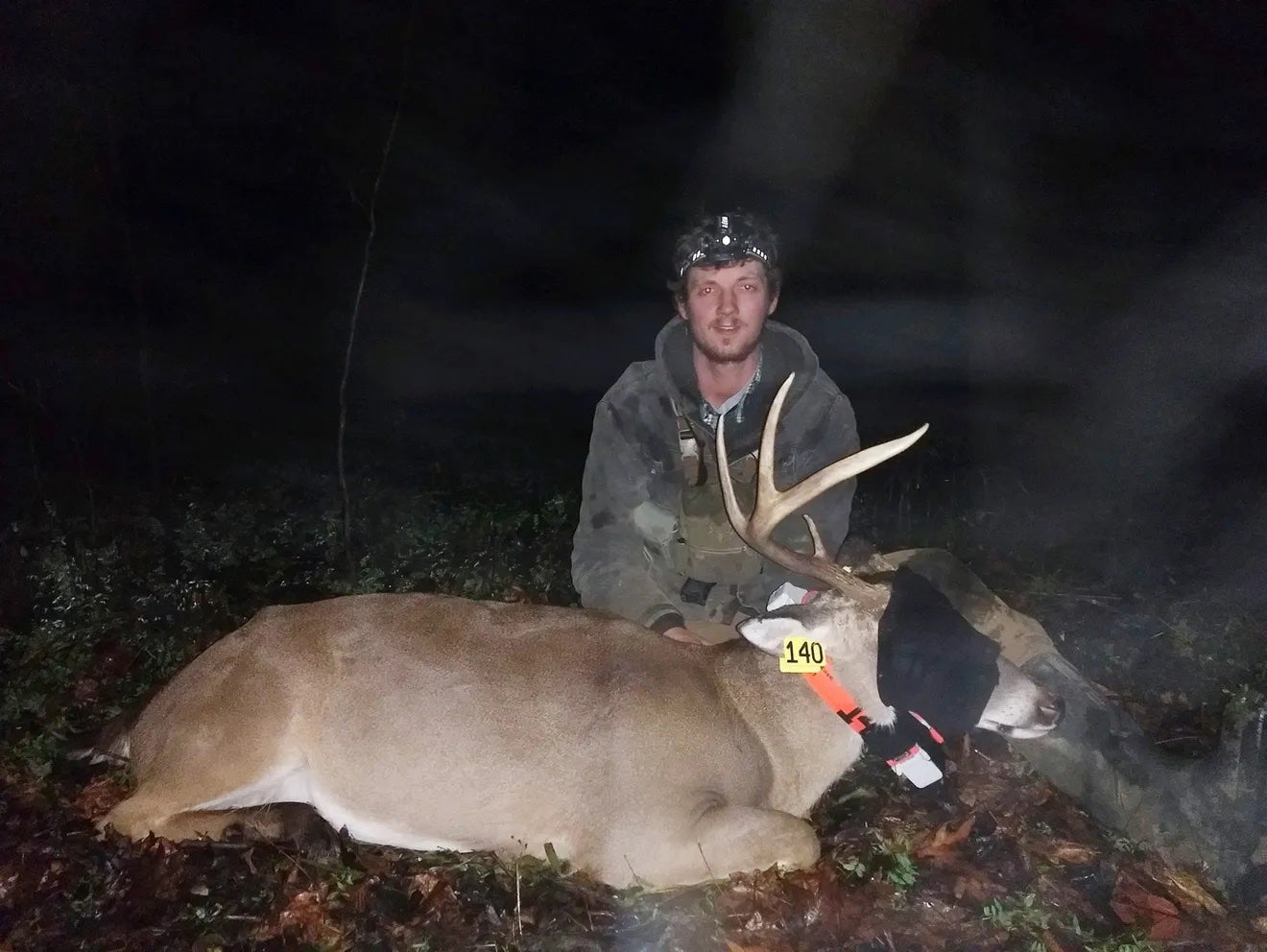 Most whitetails that live in the South are homebodies. They don’t have to contend with the harsh winters that force deer in other regions of the country to migrate from their summer range to a winter range each year. Every rule has its exceptions, though, and recent research from Mississippi State University’s Deer Lab shows that some Southern whitetails move around more than hunters might expect.

Using a GPS collar, researchers with the Deer Lab have been tracking one buck in particular that swims across the Mississippi River twice a year as he migrates from Mississippi to Louisiana and back again. Known as Buck 140, the deer travelled 18 miles during the winter of 2021, crossing the Big Muddy to get to Louisiana. The buck stayed there until late summer when he made the trek back to Mississippi. While he followed the same exact route this year, Buck 140 isn’t the only deer in the study that has shown this kind of behavior.

“[Some of] these deer are behaving like a northern migratory deer,” says Luke Resop, a graduate student at Mississippi State University and one of the researchers in the Deer Lab study. “In Michigan or Northern Pennsylvania or New York, deer will go from their summer range to their winter range where they can get better thermal cover from snow and find resources. Obviously, we don’t have really severe winters in the South, but we’re noticing some deer still do those things.”

The University is currently conducting two studies on whitetails in the Magnolia State. One is taking place in the South Delta, where Buck 140 lives for most of the year, while the other is located further north in the state’s CWD zones. Both are looking closely at deer movement patterns in order to help the Mississippi Department of Wildlife, Fisheries, and Parks better manage whitetail populations. The two studies will wrap up sometime this fall.

Researchers say there are a few reasons why deer in the South might travel long distances on a regular basis. One factor that previous studies have looked at—and one that most deer hunters can agree with—is the connection between hunting pressure and deer movements.

“Adult bucks do respond to hunting pressure and avoid areas that hunters occupy,” says Steve Demarais, a well-known deer ecologist and professor at MSU who is leading the Deer Lab’s research team. “We’ve documented when and where hunters were and looked at when and where deer were based on their GPS locations. We [found] that wherever hunters were during the daytime, bucks generally were not.”

Demarais explains that bucks in those studies tended to move out of these heavily hunted areas during the daytime and return at night. These temporary movements might pale in comparison to the seasonal migrations from public to private land that animals make in Utah and other Western states, but they show how quickly deer can adapt to predators on the landscape.

“It makes sense. They learned to avoid risk. It matches ecological theory that when prey are exposed to predators, they learn pretty quickly,” Demarais says.

There are, of course, other factors besides hunting pressure that will cause deer to move. Going back to the seasonal migrations that are common among Northeastern and Western deer populations, Mississippi’s South Delta region might not get much snow, but it does flood on a regular basis. This leads Demarais and other researchers to believe that seasonal floods could be enough motivation for deer like Buck 140 to travel long distances each year.

The ongoing studies support their current theory, which is that whitetail deer are more likely to be mobile when they inhabit areas with frequent high-water events. Interestingly, the deer that regularly migrate don’t just leave one area when it floods. Instead, they’ll move to one area during the late winter or early spring, which is when flooding typically occurs, and then they’ll return to their core are in late summer in preparation for the rut. This movement occurs during both wet and dry years.

Although the Deer Lab’s studies are the first to use GPS collars to show this seasonal behavior among whitetails in the South, Resop says that previous research in the state also supported this theory. In an earlier study that was conducted near the Big Black River in 2020, a deer known as Buck 27 traveled roughly 13 miles to get to a secondary home range during flooding season. Around a third of the deer sampled in that study behaved similarly.

“We were under the assumption that this was just an outlier for this one region of Mississippi,” Resop says. “We didn’t have any good data to suggest that it applied on a broad scale across [the state] until this more recent project that includes Buck 140.”

Since the Deer Lab is also tracking whitetails in the northern part of the state, where floods are less of an issue, they are able to compare and contrast the two populations. What they’ve found is that none of the GPS-collared deer in the northern part of the state undergo migrations like the one that Buck 140 has undertaken the past two years in a row. During that time, nearly all of the collared whitetails in northern Mississippi have stayed within a home range of roughly 800-1,200 acres.

“The mobile deer in these areas are just hardwired to move whether the area floods or not,” says Resop, adding that Buck 140’s pilgrimage across the Mississippi River and back isn’t even the most impressive of all the deer they’ve tracked in the South Delta.

A final takeaway from the Deer Lab’s ongoing study is that every wildlife population relies on some individuals to take risks and pioneer new areas. Those deer tend to discover new locations when stressors increase, Demarais explains, which can open up new territory for whitetail populations and ensure that the species thrives regardless of conditions in one specific area.

“Every species of animal, including humans, has to have a few risk takers,” Demarais says.