Last year a third of the tule elk herd—152 animals—died. Now, concerned volunteers are carrying water into the drought-stricken reserve the elk call home to try and save them 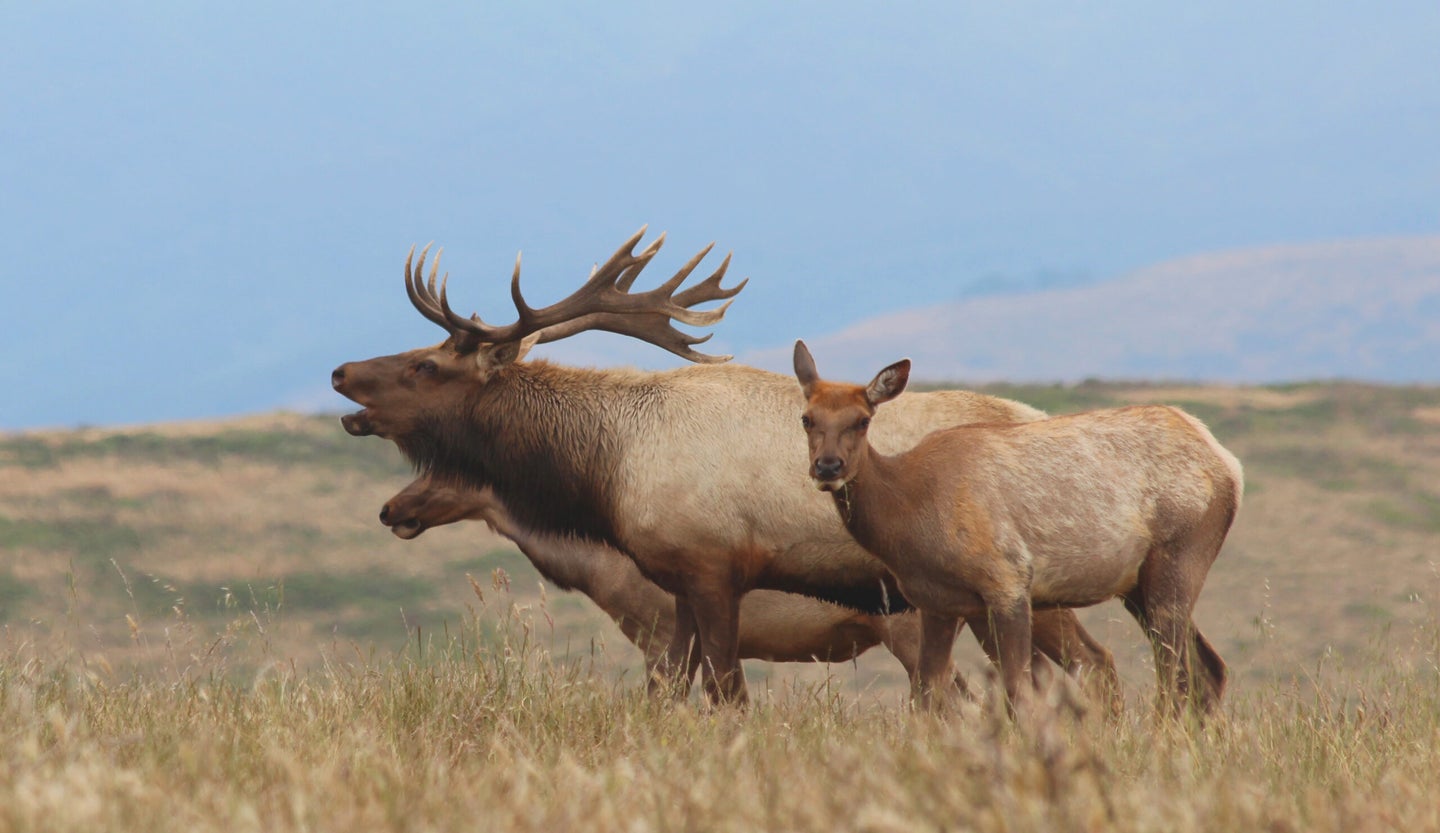 A thriving herd of tule elk have lived at Tomales Point at Point Reyes National Seashore in Marin County, California, for over 40 years. But the herd is in jeopardy due to the ongoing drought and a serious water shortfall.

The lack of rain this year has shriveled what was once a lush national reserve. This is especially true in the 2,600-acre Tomales Point Elk Reserve, where a herd of tule elk live inside an eight-foot high fenced enclosure.

That’s why 70 volunteers gathered recently to lug water over a six-mile round-trip hike to add about 100 gallons of water to a severely diminished waterhole inside the reserve, reports CBS-TV in San Francisco.

The water delivery by volunteers is largely symbolic—it is not a long-term solution. The purpose is to draw attention to the lack of water resources for the elk, which many people believe the Park Service is obligated to provide. The Park Service contends elk are in bad shape from lack of forage from the drought, not lack of water.

On its Point Reyes website, the Park Service stated in March 2021: “Poor forage quality is the underlying cause of these [elk] population changes [declines]. Although the National Park Service (NPS) and California Department of Fish and Wildlife (CDFW)  believe the elk population declines are drought-related, there is no evidence that the population decline is due to dehydration or a lack of water.”

But an update on the same Park Service website stated on June 11, 2021: “ Point Reyes National Seashore is providing supplemental water to the Tomales Point Tule Elk Reserve in response to unprecedented drought conditions. Although some natural water sources continue to be available, these sources may dry if this year becomes the worst drought on record for Marin County as expected. Marin County declared a drought emergency mid-May with the lowest recorded rainfall during the last 16 months in more than 140 years recorded by the Marin Municipal Water District.”

NPS has installed three large water tanks and troughs to hold water for elk farther south in the Seashore, but not in the reserve.

That is why volunteers are hauling water, and see the reserve problem differently than the NPS.

“The last standing pond [in the reserve] is down to about 8 percent of its level and we see emaciated elk — I mean just skin and bone,” said elk volunteer Jack Gescheidt, who has photos of elk chest deep in mud trying to drink in a pond. “The Park Service says this is a natural ‘population decline’ and we say it can’t be natural if the [elk] are in a fenced compound where they can’t escape,” Gescheidt said.

Volunteers say if the elk were free to range in the park they would leave the reserve to get food and water, likely on cattle ranches nearby.

“You can’t have it both ways,” Gescheidt said. “If you want to fence them in and create a zoo-like enclosure — the reserve — then you’ve got to bring in food and water.”