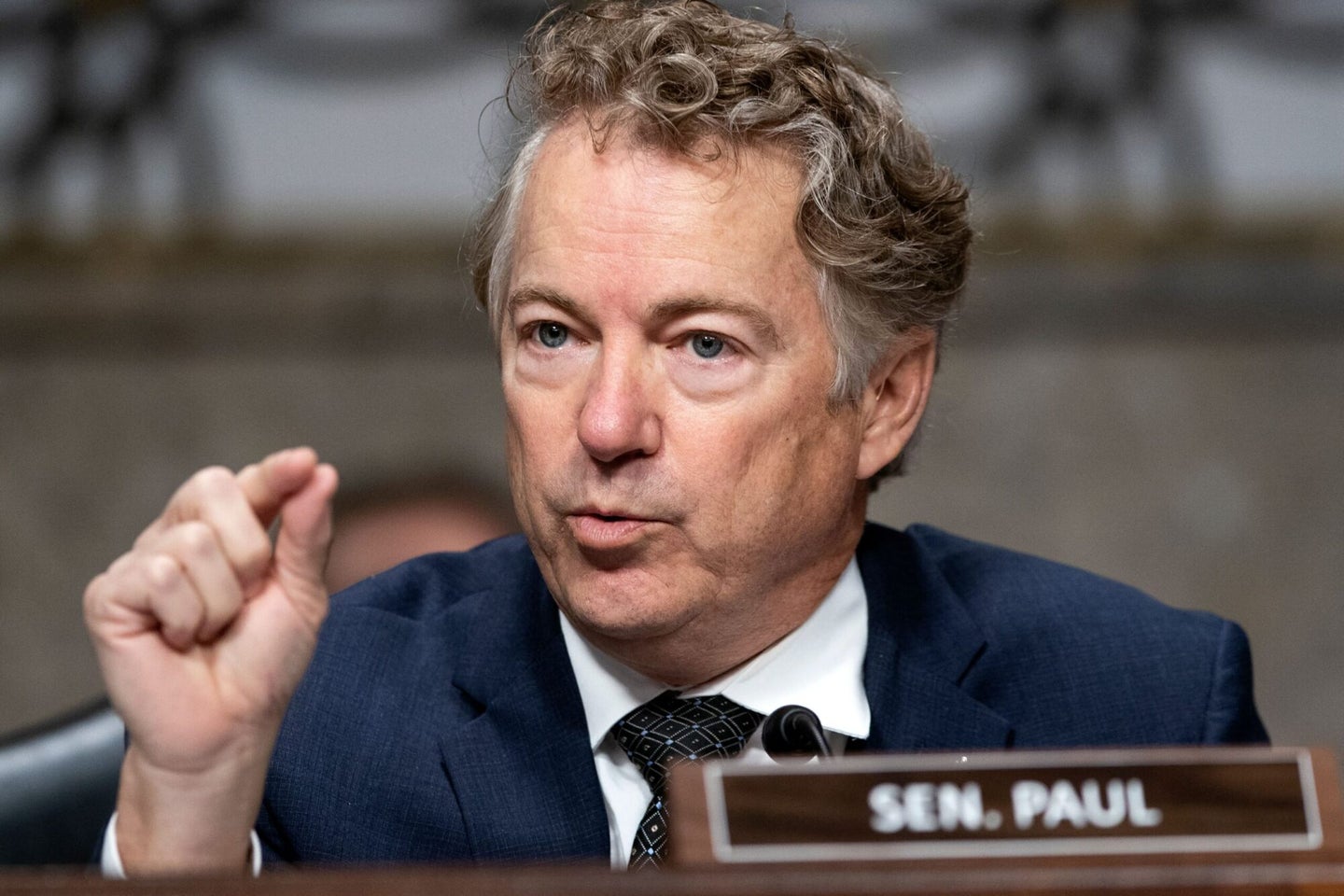 The Chronic Wasting Disease Research and Management Act is one supporter away from passing the Senate with unanimous consent. Multiple sources close to the bill’s sponsors have confirmed that Sen. Rand Paul (R-KY) is putting the final hold on the bill.

“Right now, Sen. Paul is the lone objection. There are ongoing conversations between his team and members of Congress who are leading on this legislation, as well as members of the coalition working on chronic wasting disease as an issue, and we’re hopeful that he will be willing to lift the hold before the end of the year,” Backcountry Hunters & Anglers government relations coordinator Kaden McArthur tells Outdoor Life.

McArthur cites issues with the bill’s $70 million price tag as the reason for Sen. Paul’s opposition (Sen. Paul’s office did not respond to interview requests).

“This is an issue related to spending, not related to the substance of combatting CWD,” McArthur says. “For several appropriation cycles now, there’s been about $15 million appropriated annually to address CWD at the state level. This bill would formalize that program and set a higher authorization limit without necessarily spending more money off the bat. Of course, we’d like to see as much of that money appropriated as possible. But this bill, on its own, doesn’t spend any money.”

Rep. Ron Kind (D-WI) originally introduced the House version of the bill on Oct. 19, 2021 and it passed the House on Dec. 8 with flying colors. Sen. John Hoeven (R-ND) and Sen. Martin Heinrich (D-NM) introduced a Senate companion bill on April 28, 2022. The bill instantly received bipartisan support, including four Democrat and four Republican original cosponsors. (It’s been hailed for its overwhelmingly bipartisan backing since it was first introduced.)

The bill will direct $35 million to researching the disease and $35 million to managing its spread. State and tribal wildlife agencies will apply for funding and those that show need through a variety of factors will be awarded funds. Rapid response funding will also be available for emergency situations.

“We’ve certainly been trying to get our members who live in Kentucky to share their support for [the bill] with Senator Paul,” McArthur says. “We’ve been very clear with our members that this is an issue coming from him, and it should be his constituents weighing in.”

Countless conservation and sporting organizations nationwide have come out in support of the bill as CWD continues roving through North American deer, elk, and moose populations, among others. As of right now, the prion disease has spread to 29 states, although it hasn’t been identified in Kentucky yet.

“CWD has only gotten worse over the decades and has spread to more states over time. It’s very clear, now more than ever, that we should be taking this as a serious threat,” McArthur says. “This bill would do really great work by giving funding to the states, which are the right wildlife management authorities to be tackling this issue. [State agencies] having the correct resources is what we need to make progress on the threat of CWD.”