This deer got some serious air while clearing the sedan 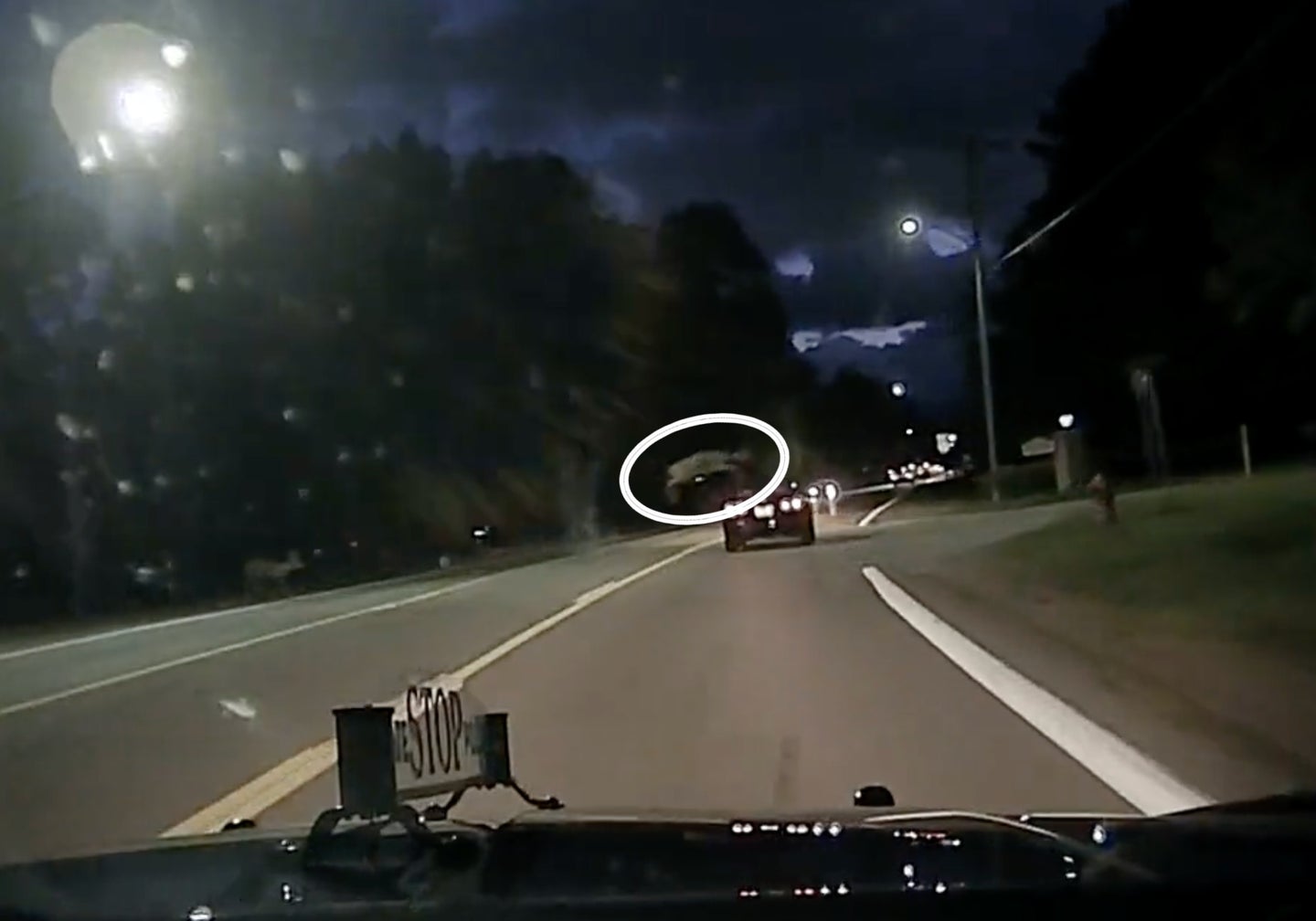 Michigan State Police posted a shocking video to their Twitter account on Thursday, Sept. 22 to refresh followers’ memories on how to avoid deer while driving.

MSP Fifth District Trooper Anderson reportedly caught dashcam footage of three deer sprinting across a road at night and narrowly avoiding a sedan that was driving in front of the police cruiser. One deer in particular pulled an acrobatic stunt to escape a head-on collision. In a move of athletic excellence, the deer leapt straight over the top of the car, closely resembling one of Santa’s trusty reindeer or Free Willy escaping his holding pond.

Another deer ran out in front of Trooper Anderson’s vehicle, but the officer braked in a controlled manner and didn’t swerve-which is how drivers are supposed to respond when a deer suddenly runs in front of their cars. In the comments below the video, MSP Fifth District confirmed this happened off of Lakeshore Drive in St. Joseph, which is in the southwestern part of the state on the shore of Lake Michigan.

Berrien County and the surrounding area is known for having very little public access for hunting ground. It’s a suburban region with the 13th highest population density in the state, falling behind the Detroit/Ann Arbor and Grand Rapids areas. Those factors combine for an increased likelihood of deer-human interactions and vehicular collisions.

Municipalities across the country are weighing how to handle growing urban deer populations. Some have allocated urban deer tags to area hunters. Others have chosen to experiment with contraceptive injections. Euthanasia is also on the table in some places. In Michigan Deer Management Unit 311, the deer population increased as of 2020, and hunter harvest is considered the main management tool.

“Crop damage complaints have risen over the last three years, as have deer vehicle collisions,” the DMU 311 description reads. “We recommend an increase in antlerless tags in order to stabilize the deer population…we also recommend that early antlerless season be open. Our goal is to stabilize the deer population to maintain quality hunter opportunity and prevent further increase in human-deer conflicts.”