Every spring and fall, James River sturgeon get the urge to migrate far up the Virginia coastal estuary in their search for spawning habitat 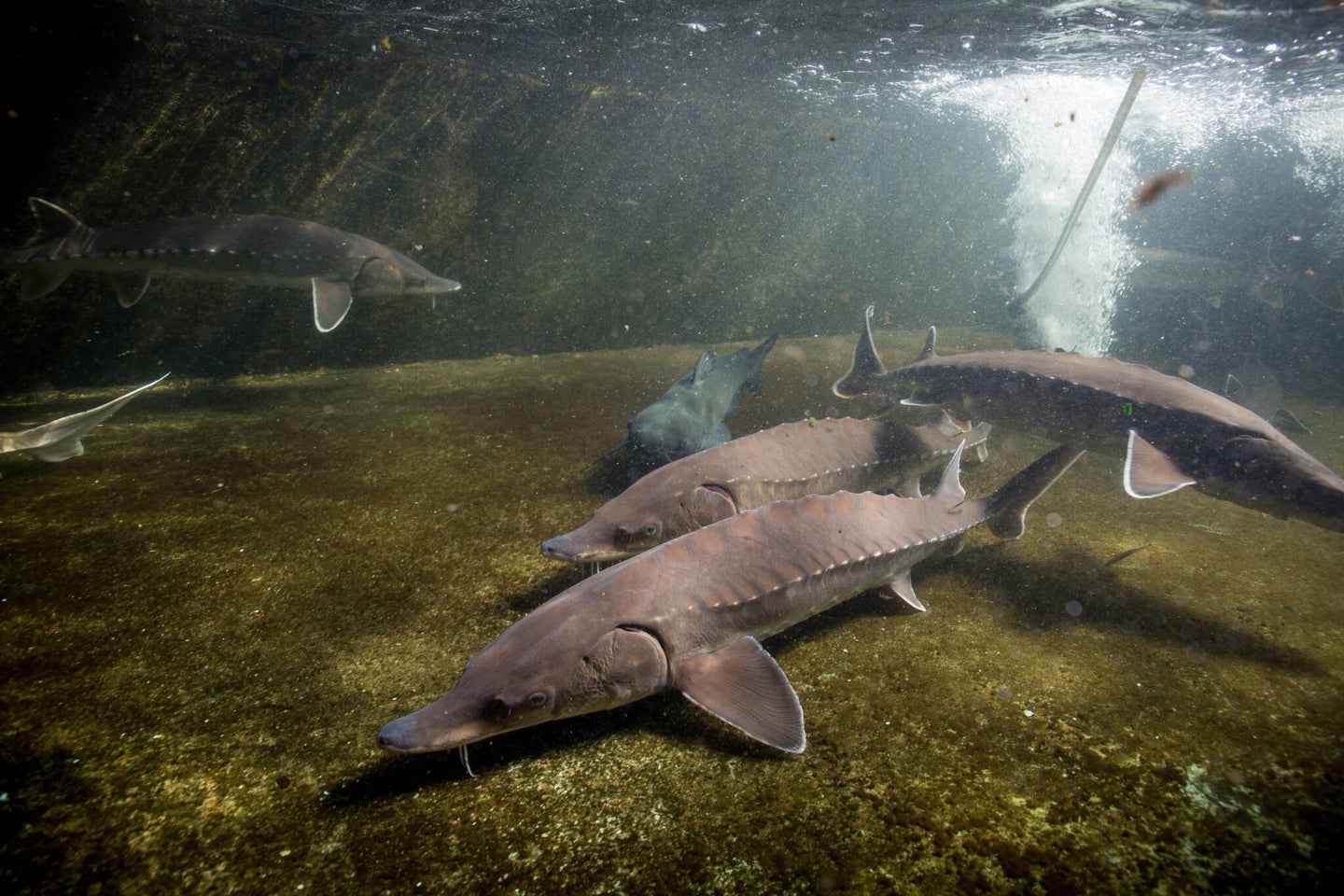 New research has determined that some Virginia sturgeon swim more than 500 miles to spawn. USFWS
SHARE

“I knew they at least went 100-some kilometers [60 miles] to get up to spawning habitat, but I didn’t realize how much some of them had moved back and forth,” Matt Balazik, an assistant professor at Rice Rivers, told the Virginia Mercury.

“You’re not going to do this much investment and be lazy the last few days,” said Balazik. “You have to do what’s going to increase the chances of your young to survive.”

There are five Atlantic sturgeon populations, according to scientists. All are threatened or endangered federal species, including James River sturgeon connected with the Chesapeake Bay.

James River sturgeon are reportedly especially slow to respond to scientific recovery efforts underway for the five Atlantic sturgeon populations. This is why tracking and learning about spawning migrations of the species is important to researchers trying to improve the numbers of the iconic and ancient fish species.