Big fish and big numbers in store for this summer 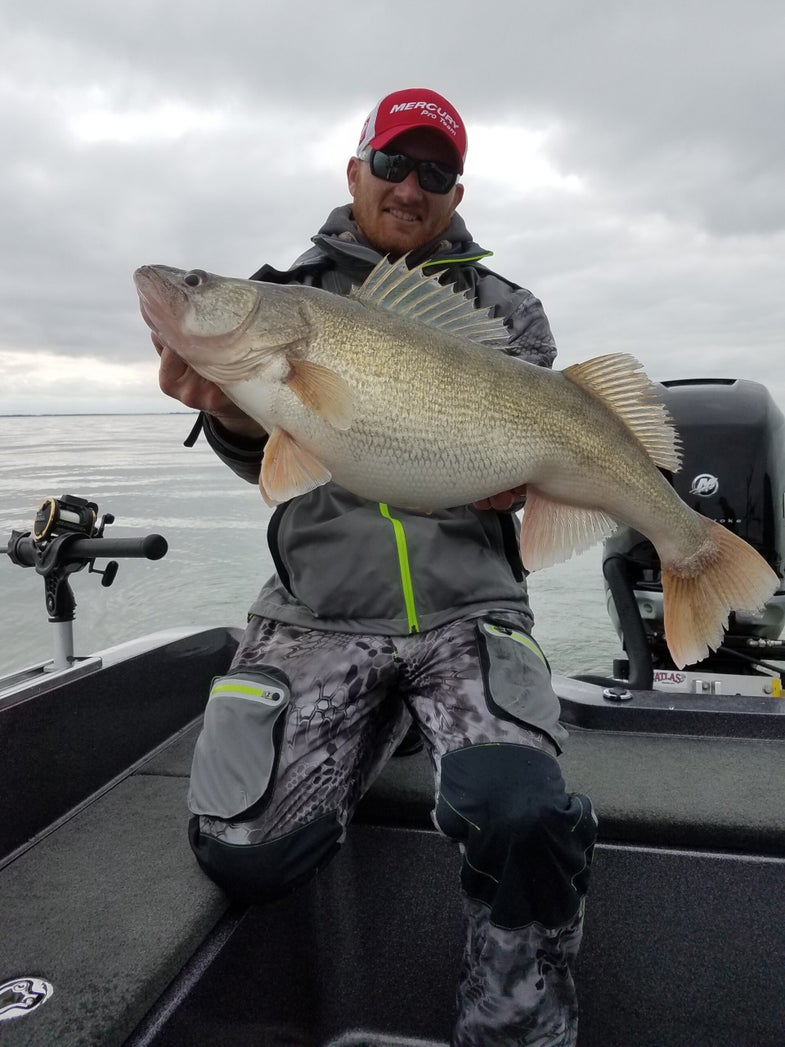 If you've ever considered fishing Lake Erie for walleyes, this might be the best year to do it. David A. Brown
SHARE

From his convincing pitch about the rosy future of Lake Erie’s walleye fishing, you’d think Travis Hartman worked for the local tourism council. Not so, but as Lake Erie Program Administrator at the Ohio Department of Natural Resources Sandusky Fish Research Unit, he makes a strong case — backed up by encouraging biological data.

“I think that literally, these next three to four years we’ll see some of the best Lake Erie walleye fishing we’ve seen in a long time, so come now, while it’s good!” he says.

Hartman bases his outlook on some promising numbers. Estimates from 2016 put the Erie walleye population around 33 million and nearly half of those were from the large 2014 year class. Walleyes from the 2015 year class joining the party as 2-year-olds seem a little chunkier than the previous group, Hartman said.

Combining the strength of these two recent groups with large, mature fish from 2003 yields a stellar 2017 outlook.

“We have walleye living over 20 years up here and we had one of the biggest year classes we’ve ever seen in 2003,” Hartman says. “Those fish are 14 years old now and they’re the ones providing all the 10- to 13-pounders that have been caught recently.

“Early in the season, a lot of those 2015 fish are going to be below the 15-inch limit, so as the season progresses, it should get better and better with more of the fish being caught being legal size. There are most likely, 15-inch 2-year-olds from the 2015 year class right now, but by June and into July, you’re really going to see numbers of them hitting that legal size.”

One caveat to Erie’s rosy outlook is the possibility of harmful algal blooms. A dry spring limits the risk, but if this spring is wet, rains will wash lots of nutrients into the lake and trigger sizable blooms

“The nice thing about Lake Erie is it’s a large lake and you can avoid the algal blooms and still find catchable fish,” he says. “It’s not a fish health or edibility issue. The fish don’t incorporate the algal toxins in their meat, so they’re safe to eat.”

So, in the proverbial nutshell: If spring rains fall heavy, expect to move around and locate the clean waters. If it’s a dry spring — game on!