How To Catch Bass in High Water

With record rains, it's a common problem this year 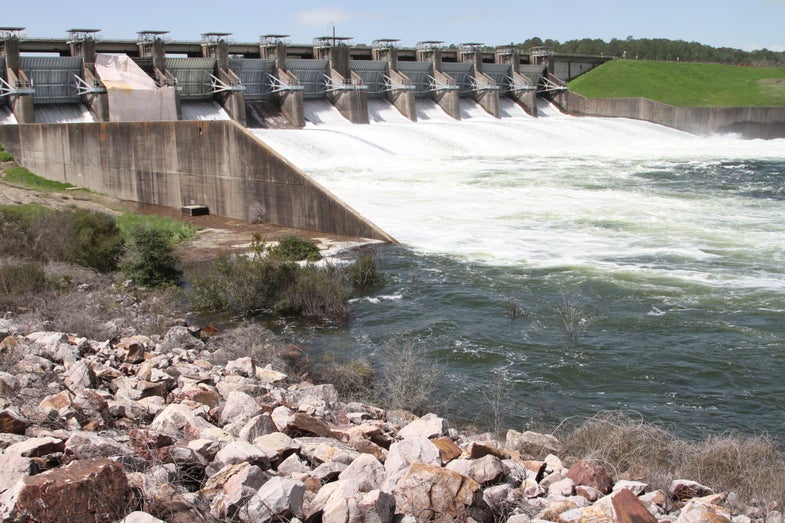 High water has been a common theme this season. David A. Brown
SHARE

If you fill it, they will come. That’s a bankable principle bass anglers follow when big rains raise lake levels. Rivers rise, spillways gush, water invades the shallows, and fish run to the bank.

It’s mostly an appetite thing; the dominant motivator, second only to spawning, that guides all bass behavior. But while the murkiness of swiftly rising water gives bass a layer of cover that facilitates ambush feeding, Texas bass pro Alton Jones points out a couple of key principles that’ll help you catch more fish in these conditions.

“Bass use the turbulent water as camouflage for feeding, but when their ability to see decreases because of that turbidity, the bass have to hang closer to shallow objects like stumps or rocks so they can effectively ambush their prey,” says Jones. “They’re going to be as close as they can be to feel secure around that piece of cover.”

Good thing about turbid water is that the fish’s reduced visibility allows you to fish whatever line you prefer. Whereas braid or heavy fluorocarbon might be too much for clearer conditions, rising water affords you the benefit of gearing up to yank those fish out of whatever shallow cover they invade.